Lurching Toward Economic Debacle in the North, Striding Toward Green Democracy in the South 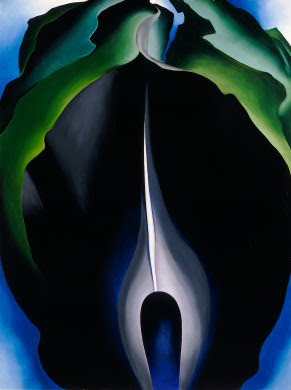 Lurching Toward Economic Debacle in the North, Striding Toward Green Democracy in the South

It would not have been a good day if the Congressional leadership's Wall Street bail out deal had passed; but it was an even worst day because it didn't. Subsequently, over a trillion dollars disappeared from the stock market. Why? Because the right-wing could not control its own right-wing. The math is simple: two-thirds of the Democrats voted for it, two-thirds of the Republicans voted against it.

Speaker Nancy Pelosi (D-CA) gave a worthy and perhaps historic speech on the floor of the US House of Representatives. It deserves to be heard in its entirety. (Click here.)

Meanwhile, there is encouraging news from South of the Equator:

By an overwhelming margin, the people of Ecuador today voted for a new constitution that is the first in the world to recognize legally enforceable Rights of Nature, or ecosystem rights.
The Community Environmental Legal Defense Fund is pioneering this work in the U.S., where it has assisted more than a dozen local municipalities with drafting and adopting local laws recognizing Rights of Nature.
Over the past year, the Legal Defense Fund was invited to assist the Ecuadorian Constituent Assembly to develop and draft provisions for the new constitution to put ecosystem rights directly into the Ecuadorian constitution. ...
“Ecuador is now the first country in the world to codify a new system of environmental protection based on rights,” stated Thomas Linzey, Executive Director of the Community Environmental Legal Defense Fund.
“With this vote, the people of Ecuador are leading the way for countries around the world to fundamentally change how we protect nature,” added Mari Margil, Associate Director of the Legal Defense Fund.
Article 1 of the new “Rights for Nature” chapter of the Ecuador constitution reads: “Nature or Pachamama, where life is reproduced and exists, has the right to exist, persist, maintain and regenerate its vital cycles, structure, functions and its processes in evolution. Every person, people, community or nationality, will be able to demand the recognitions of rights for nature before the public bodies.” ... Ecuador Approves New Constitution: Voters Approve Rights of Nature, Ecuador Follows Lead of U.S. Communities: First Country in the World to Shift to Rights-Based Environmental Protection, Working With Legal Defense Fund, 9-29-08