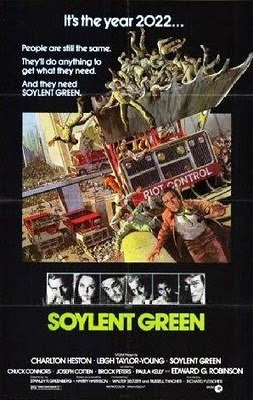 Major economies are pushing for substantial increases in the price of water around the world as concern mounts about dwindling supplies and rising population. Guardian, 4-28-10

The bad news is that 1.02 billion people are going hungry in today's world of plentiful supplies. The even worse news is that this figure only tells part of the global food insecurity story ... IPS, 4-29-10

World leaders have fallen short on a pledge to stem biodiversity loss and have instead allowed alarming declines in species populations, habitat conditions and other indicators ... Agence France Press, 4-29-10

It was a troubled May Day in the USA.

Outrage over the human rights abominations perpetrated by the State of Arizona (not just its new immigration law but also its new education policy) reached the gates of the White House:

And yes, the lethal dangers of deregulation, already on tragic display in the coal mines of West Virginia and the gambling casinos of Wall Street, have now turned the waters of the Gulf Coast into yet another sacrificial altar to Greed Incarnate:

“Guestimate” is a euphemism for BP’s whole effort — from buying a rig without the latest backup shut off switch (one that even Brazil requires) to opposing Interior Department efforts to strengthen the voluntary, “trust me,” self regulation the industry got under Bush-Cheney to their rosy worst-case scenario that they sold to the Obama Administration to their post-disaster claims that they could handle a spill. Oilpocalypse Now: WSJ reports BP oil disaster may be leaking at rate of 1 million gallons a day; Spill may exceed Exxon Valdez within days -- not weeks, Climate Progress, 5-1-10

And where was the US political establishment and mainstream news media on the night of this troubled May Day?

Why, they were assembled at the White House Radio and TV Correspondents Dinner, of course.

Don't you remember the night Bush joked that those weapons of mass destruction had to be somewhere while photos of him looking under White House furniture where projected on the screen behind him?

That's what the White House Correspondents Dinner has degenerated into over the years.

And what were they serving up for themselves on May Day 2010?

Why, they were listening to Jay Leno bomb, as the NYPD evacuated Times Square because of a car bomb.

What an apt metaphor.

Leno is a fitting poster boy for the Correspondents Dinner, and by extension, everything else wrong with the Kulchur of Beltwayistan; Leno, after all, is not talented, he is just the mainstream media equivalent of a Mafia made-man.

What the Arizona human rights abomination is really all about is the fact that NAFTA has devastated people south of the border and north of the border (and of all skin colors). Indeed, the only people that NAFTA and the rest of the "Free Trade" boondoggle has truly benefited were either at the White House Radio and TV Correspondents Dinner, or very well represented there.

What the Gulf Coast eco-system disaster is really all about is the undue and unassailable influence that Oiligarchy exercises over our democratic institutions. Indeed, the only people that have truly benefited from the Oiligarchy's velvet vise were either at the White House Radio and TV Correspondents Dinner, or very well represented there.

Likewise, the only people that have truly benefited from the so-called "War on Terror," or as I refer to it, "the War IN, OF, BY and FOR Terror" were either at the White House Radio and TV Correspondents Dinner, or very well represented there.

But, of course, the Arizona human rights abomination, the Gulf Coast eco-system disaster and the evacuation of Times Square, were mere sub-plots in a planetary sustainability crisis that most of the US body politic has not yet come to grips with spiritually or psychologically.

Well, the answer was there for all to see and hear at the White House Radio and TV Correspondents Dinner.

She is still under house arrest in Burma.

Nor were the women and girls of Darfur, they are still busy gathering fire wood at the periphery of the refugee camps. They are sent to do it, because they will only be raped, if the men and boys were sent they would be killed.

Ah, but the architects of the Obama administration's weak-wristed Sudan policy were well represented, weren't they?

The real story is the planetary crisis; it is one of sustainability and human rights. These the two principles are interdependent and vital to our survival. Unfortunately, they are neither distracting nor convenient. So here we are, going nowhere -- fast.