Three Verities & A Common Denominator: Learn from the Circumstances of Burma & Darfur; Or You Will Experience Them Here 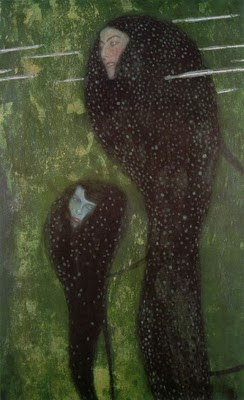 With the Gulf spill now one month in, some lawmakers and environmentalists are starting to question why BP is still in charge of the containment and clean-up effort. Mother Jones, 5-20-10

Wherever she turned, she found sheriff's deputies blocking the beach access roads—until she hit a beach at Grand Isle, and literally stepped into the mess. Mother Jones, 5-20-10

BP is now in charge of U.S./international waters? Perhaps they should change the name of the company to Poseidon ... CBS news team threatened w/arrest by Coast Guard who said they were acting under BP authority. Medusa Musings, 5-19-10

Loop current is now drawing the BP oil disaster to Florida Keys - Toxicologist: “We could be getting to the point that puts coral over the edge”; Masters: "a major ecological disaster ... cannot be ruled out." Climate Progress, 5-18-10


Three Verities & A Common Denominator: Learn from the Circumstances of Burma & Darfur; Or You Will Experience Them Here

It has been almost two weeks since my last post.

I tried to communicate with you, but I couldn't. I couldn't see, I couldn't speak. I wondered why. Then realized, it was the oil. It blinded me. It sickened me. It suffocated me. Everything went black. It has been a month now.

I do not use either term in a cavalier fashion.

But do not expect meaningful accountability for BP, or those in the US government that enabled them -- at least not in the near future.

Although there is still hope, it is what Gandalf called "a fool's hope."

If you want a glimpse into one of our likely futures, don't look to the false memes and flimsy chimera proffered up by the political establishment, or echoed in the mainstream news media; look, instead, to the grim present of those forsaken lands already in the throes of the planetary meltdown we initiated.

So what is going on outside of Beltwayistan and its drunken, disjointed kabuki?

Aung San Suu Kyi is making a final bid for freedom, lawyers said Tuesday after submitting a request for a special appeal against her house arrest.
The Nobel Peace Prize laureate has already lost two appeals against an August 2009 conviction, most recently at the country's High Court in February. Her last legal option is the Special Appellate Bench, a multi-judge panel in the remote administrative capital of Naypyitaw. AP, 5-11-10
Image: Aung San Suu Kyi, TIME 100

The women and children of Darfur are arguably in greater imminent danger today than they were two years ago.

Hundreds of refugees have fled after reports of a build-up of Sudanese army and rebel fighters near a strategic town in Darfur, peacekeepers said ... The security situation has deteriorated in the strife-torn territory after peace talks between the government and rebels stalled in February. Reuters, 3-12-10

And in the Gulf of Mexico, an environmental catastrophe continues unabated, and threatens an almost inconceivable devastation.

It’s extremely questionable whether 210,000 gallons a day is, in fact, “the best estimate.” Independent satellite analysis experts Dr. John Amos and Dr. Ian McDonald have estimated from surface imagery that the BP disaster is increasing at a rate of over one million gallons a day ... Think Progress, 5-13-10

Oil from a blown-out well is forming huge underwater plumes below a visible slick in the Gulf of Mexico, scientists said as BP wrestled for a third day Sunday with its latest contraption for slowing the nearly month-old gusher. One of the plumes is "as large as 10 miles long, 3 miles wide and 300 feet thick in spots," the New York Times reported. Huffington Post, 5-16-10

Like the over-arching Climate and Sustainability Crisis that frames it, the environmental catastrophe unfolding in the Gulf was avoidable.

... an oil industry whistleblower told Huffington Post that BP had been aware for years that tests of blowout prevention devices were being falsified in Alaska. The devices are different from the ones involved in the Deepwater Horizon explosion but are also intended to prevent dangerous blowouts at drilling operations.
Mike Mason, who worked on oil rigs in Alaska for 18 years, says that he observed cheating on blowout preventer tests at least 100 times, including on many wells owned by BP. Huffington Post, 5-13-10

Well, there are a few verities to remember ...

First, remember that disasters don't just end when the headlines fade away, especially in this age of economic and environmental meltdown. The Climate Crisis is, in effect, an echo chamber of disasters; and it has created a continuum of danger and misery for a significant and spiraling percent of the human race.

Tens of thousands of Bangladeshis, mostly fishermen, left stranded on embankments damaged by a cyclone a year ago, are still fighting a grim battle to survive, with the flow of aid to helm them spotty at best. Reuters, 5-16-10

The UN warned that a drought which has devastated Mongolia during one of the worst winters for decades could continue for another year, as it appealed for 18.1 million dollars in aid. UN interim humanitarian coordinator Rana Flowers said the aid appeal presented to donors in Geneva would assist nearly 800,000 Mongolians, mainly herders and their families who have lost the livestock they depend on their survival ... "It really is an example of climate change at work," she claimed. Agence France Press, 5-12-10
From the Photo Archive of Mia Farrow's Journeys in Darfur and East Chad.

Second, remember, human rights abuses are aggravated in this continuum of danger and misery.

Dar Dar, 19, is one of scores of young women from Irrawaddy Division who have been forced into prostitution since Cyclone Nargis ravaged the region in 2008 ... According to estimates, the cyclone killed 140,000 people, destroyed 450,000 houses and left 800,000 people homeless. Irrawaddy, 5-3-10

Local groups of Burmese people have started helping drought-stricken people, but the military remains inactive as ponds and rivers dry up in many parts of Burma due to high temperatures and the late monsoon. Irrawaddy, 5-14-10

Third, remember, in hell-realms like Burma and Sudan, the promise of the democratic process is cynically manipulated, and instead of being allowed to empower people, it is used as a facade to cover-up the ugliness of the ruling thugocracies, and the complicity of the great nations that underwrite them.

What we have seen in the several months leading up to Sudan’s national elections (April 11 – 15), and now in the several weeks since this electoral travesty, is a relentless re-commitment by the Khartoum regime to prevail militarily in Darfur. These brutal men are convinced that there will be no significant consequences to their resumed counterinsurgency strategy, and who can fault their thinking? The accommodating election assessments from various international actors only confirm the regime’s evident belief that there is no international will to halt atrocity crimes in Darfur ... Eric Reeves, Sudan Research, 5-13-10

The Burmese government has rejected the role of international election observers in the upcoming election this year, according to state-run newspapers ... "The nation has a lot of experience with elections,” Thein Soe is quoted as saying. “We do not need election watchdogs to come here." Irrawaddy, 5-12-10

And what is the common denominator for the peoples of the USA, Burma and Darfur?

Do you really think we would be exempt, here, from the devastation?

They have turned their predatory attention to this place.

What shall we do?

What does a people do when its leaders are afraid?

It is a rhetorical question, of course. It is certainly better to have a government that is naive or a afraid; because at least there is still hope.