Running on Empty: Humanity on the Brink ... As An Empire Buckles Under the Weight of Its Own Delusion, What Can We Salvage? Love & Survival? 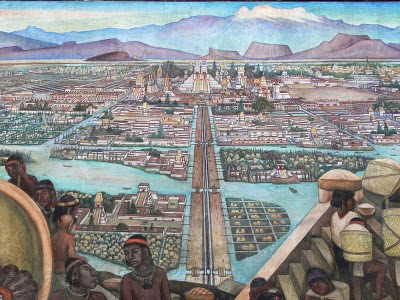 Think tank the New Economics Foundation (NEF) look at how much food, fuel and other resources are consumed by humans every year. They then compare it to how much the world can provide without threatening the ability of important ecosystems like oceans and rainforests to recover. This year the moment we start eating into nature's capital or ‘Earth Overshoot Day' will fall on 21st August, a full month earlier than last year, when resources were used up by 23rd September. ... "The banking crisis taught us the danger of a system that goads us to live beyond our means financially," he said. "A greater danger comes from a consumer culture and economic policy that pushes us to live beyond our means ecologically." Mankind Is Using Up Global Resources Faster Than Ever, Telegraph/UK, 8-16-10

We had an extraordinary event in northern Pakistan, where ten times the normal annual rainfall for one of those areas fell in four days. This is unprecedented. And, of course, you see the similar sorts of things happening in Africa, in Asia, in Central America. The farmers no longer know when to plant, because the rains don’t come at the time they used to come. All these are the kind of effects of climate change that we’ve feared and are beginning to come to pass, I’m afraid. UN Humanitarian Chief John Holmes: The Magnitude of the Pakistan Floods Is Unprecedented, Democracy Now, 8-17-10

Running on Empty: Humanity on the Brink ... As An Empire Buckles Under the Weight of Its Own Delusion, What Can We Salvage? Love & Survival?

Another empire is collapsing under its own weight. Only an evolutionary leap can rescue the planet (as we know it) and redeem this civilization (or at least the promise of what it could have been). But we are all running on empty. Those who think they are not, simply haven't burned through their illusions yet.

While the nation teeters on the brink, the U.S. political establishment (a.k.a Beltwayistan) and the U.S. mainstream news media (a.k.a. Infotainmentstan) proffer up one ginned up distraction after another (the canard du jour is the "Ground Zero Mosque"); meanwhile ...

Yes, the U.S. Senate, in its cravenness, has failed us all on the Climate Crisis, but it has succeeded in passing (with "bi-partisan" support, of course) a meaningless $600 million border security boondoggle (red meat for ignoramuses); meanwhile ...

"For each of these cities ... sweltering the last couple months, summer 2010 could be considered mild compared to the typical summers of the future," the report's authors state ... Washington is projected to sweat through 100 summer days above 90 degrees by 2050 if emissions continue unabated ... The report's predictions in Philadelphia and St. Louis are equally alarming ..." Eastern US Headed for Many More Extreme Heat Waves With Warming, Study Finds, Solve Climate, 8-15-10

Has the most powerful military and economic force on the planet missed the window that would have opened into another century of hegemony?

Thirty-five years from now, America's official century of being top dog (1945-2045) will have come to an end; its time may, in fact, be running out right now ... If, however, we were to dismantle our empire of military bases and redirect our economy toward productive, instead of destructive, industries; if we maintained our volunteer armed forces primarily to defend our own shores (and perhaps to be used at the behest of the United Nations); if we began to invest in our infrastructure, education, health care, and savings, then we might have a chance to reinvent ourselves ... Instead, I foresee the U.S. drifting along, much as the Obama administration seems to be drifting along in the war in Afghanistan ... and I fear T.S. Eliot had it right when he wrote: "This is the way the world ends, not with a bang but a whimper." Chalmers Johnson, The Guns of August: Lowering the Flag on the American Century, Tom Dispatch, 8-17-10

Nor will the Old Boss be replaced so easily by a New Boss. The new ruler will either be Chaos or Collective Common Sense, it won't be the Chinese:

Think of China as a giant production machine that's growing 10 percent a year (this year, somewhat less). The machine sucks in more and more raw materials and components from rest of world -- it's now the world's #1 buyer of iron ore and copper, and close to the #1 importer of crude oil -- and spews out a growing mountain of stuff, along with huge environmental problems. But because the Chinese consume a smaller and smaller proportion of this stuff, it has to be exported to consumers elsewhere (Europe, North America, Japan) to keep the Chinese working ... All over the world, we're witnessing a growing gap between production and consumption, while the environment continues to degrade. The Chinese machine is fast heading for a breakdown only because it's growing fastest. Robert Reich, The Truth About China As #2, 8-16-10

Mr. President, this is an emergency for all of humanity and particularly for its children. They will grow up in a world where weather will be life threatening, violent storms killing people in one area while unexpected droughts and expanding deserts drive people from their homes in others. It is likely that such chaos will cause people to fight over the most basic resources. Food scarcity will become extreme ... Mr. President, I urge you to declare a climate change emergency ... Once you have declared this emergency, it will be possible to create the Climate Change Agency to plan and direct a smooth changeover from fossil fuels to alternative energies. Peter Cohen, Truthout, 8-15-10

But what could be done, what should be done, probably won't be ... Why? Well, is there a reason that the deer caught in the headlights freezes instead of leaping for its life?

I keep hearing this song echoing in my head: