Occupational Hazards on the Path to Massive, Non-Violent Evolution 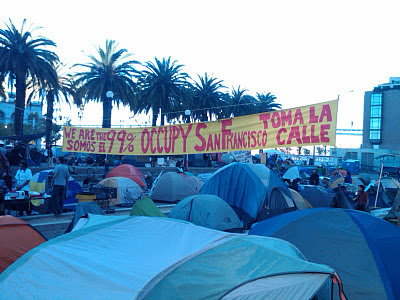 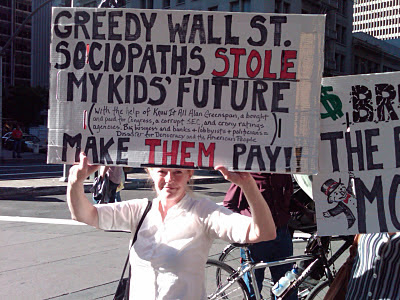 Occupational Hazards on the Path to Massive, Non-Violent Evolution

This is a note to the Occupiers. From a committed evolutionary, who has survived many decades in this wilderness and carries the timeline within him like an illuminated manuscript.

Beware of arrogance. (The "New Left" got old fast). Beware of naivety. (You have almost nothing in common with "Tea-baggers" or Libertarians.) Beware of resentment. (Do not scorn the broader progressive movement. You could be the tip of the spearhead, but there is no spear without a shaft.) Beware of bitterness. (Winter is descending. Spring may lead elsewhere. Mandela spent 27 years in prison, and yet he still emerged a peacemaker.)

Education, employment, healthcare and retirement are human rights, as established in the Universal Declaration of Human Rights, adopted by the U.N. General Assembly in 1948 The "Occupy" phenomenon is an acknowledgement that what we have in the U.S.A. today is a human rights crisis, not a fight over political ideologies.

Rely on the simplest of messages.

Corporations are not people, and money is not speech.

If it were true that money were speech then the logical conclusion would be that some people (e.g., billionaires, millionaires, and the imaginary "corporate persons" they hide behind) have a right to far more speech than the rest of the population, which is of course absurd and contrary to not only the First Amendment, and the Bill of Rights as a whole, but also to the Declaration of Independence: i.e., all are "created equal."

Corporations are not people, but they do control the world.

147 companies control 40% of the total economic value of all transnational corporations; and 45 out of the top 50 of those 147 companies are in the financial sector. (See Catherine McLean, It’s True, Bankers Really Do Control the World: Study, Globe and Mall, 10-25-11)

The class war started with the Reagan counter-revolution. 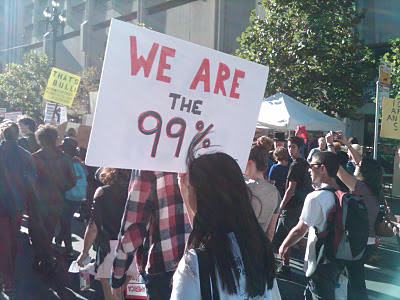 Meanwhile, no attempt to overcome the oligarchy's grip on our political and economic systems will succeed unless it includes moving urgently and radically away from fossil fuels and deep into green power. And even if the oligarchy could be beaten back without a 21st Century energy model, the celebration would be short-lived.

The window to limit global warming to less than two degrees C is closing so fast it can be measured in months, a new scientific analysis revealed Sunday. Without putting the brakes on carbon emissions very soon, large parts of Africa, most of Russia and northern China will be two degrees C warmer in less than 10 years. Canada and Alaska will soon follow, the regional study shows. Stephen Leahy, Durban May Be Last Chance to Stabilize Climate Under Two Degrees, IPS, 10-24-11

Hundreds of millions of people may be trapped in inhospitable environments as they attempt to flee from the effects of global warming, worsening the likely death toll from severe changes to the climate, a UK government committee has found. Refugees forced to leave their homes because of floods, droughts, storms, heatwaves and other effects of climate change are likely to be one of the biggest visible effects of the warming that scientists warn will result from the untrammelled use of fossil fuels, according to the UK government's Foresight group, part of the Office for Science. Fiona Harvey, Climate change could trap hundreds of millions in disaster areas, report claims, Guardian, 10-20-11

Don't make the mistake of Beltwayistan, Infotainmentstan, the Zombie Cult formerly known as the Republican Party, and yes, even most of the progressive movement, i.e., pretending that the Climate Crisis is just another issue. It is not. The Climate Crisis, and the numerous sustainability meltdowns interwoven with it (e.g., water, food security, population, ocean acidification, mass extinction of species) pose the gravest threat of all. indeed, it is both our greatest challenge and our greatest opportunity.

There is no time left to waste, and there will be no place left to hide. 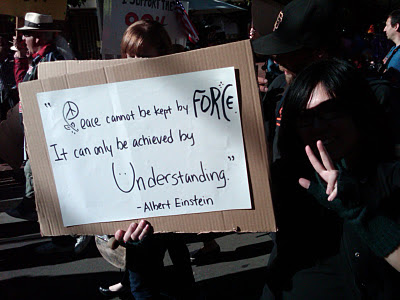 Richard Power is the author of seven books, including Between Shadow and Night: The Singularity in Anticipation of Itself and True North on the Pathless Path: Towards a 21st Century Yoga. He writes and speaks on security, risk, human rights and sustainability, and has delivered executive briefings and led training in over 40 countries. He blogs at http://words-of-power.blogspot.com and http://primalwordsofpower.blogspot.com 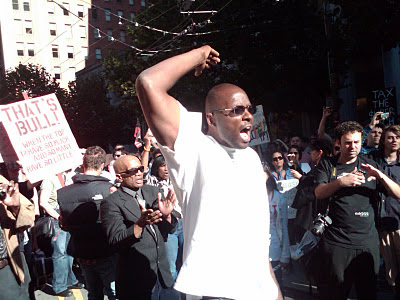