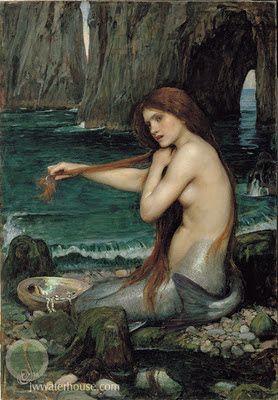 If the British chancellor won't take responsibility, most other political leaders in developed countries won't either ... Some say we need a miracle to save the eurozone and the banks. We need a far bigger one to save the planet. According to the World Bank's 2010 world development report, if all coal-fired plants scheduled to be built in the next 25 years come into operation, their lifetime CO2 emissions will equal those of all coal burning since the industrial revolution. Peter Wilby, Guardian, 12-2-11

Between 15,000 and 20,000 farmers, unionists, teachers, peasants, students, garbage pickers, transport workers and other indignant citizens gathered outside the U.N. consultation chambers in Durban on Saturday calling for "system change, not climate change". Many of these protestors marched to the U.S. embassy, demanding that the "world's biggest polluter" start supporting climate solutions that benefit the 99 percent. Kanya D'Almeida, US Inaction on Climate is "Criminal", Activists Say, IPS, 12-4-11

And this battle demands that the world see that, at some stage, as the water tables are dropping and the minerals that remain in the mountains are being taken out, we are going to confront a crisis from which we cannot return. The people who created the crisis in the first place will not be the ones that come up with a solution.Arundhati Roy, Guardian, 11-30-11

So POTUS finally delivered a powerful and long overdue Roosevelt-style speech about economic injustice; but, of course, true to his predilections, it was a Teddy Roosevelt speech not an F.D.R. speech. Because, after all, no matter what fellow community organizer Saul Alinsky meant to him in the past, or still means to him in the solitude of his own mind, POTUS is, practically speaking, the ideological equivalent of what was once known as a progressive Republican.

And on the same day as POTUS' Teddy Roosevelt speech, Secretary of State Hillary Clinton was also delivering a powerful speech; one in which she called on the governments of the world to cease discriminating against gay, lesbian, bisexual and transgender people.

Well, I would love to indulge in revelry, and I am sorry to be the bearer of bad news (again), but ...

The Obama administration's actions in Durbin this week and last cancel out the positive benefit of both laudable speeches.

The United States has become the major stumbling block to progress at the mid point of negotiations over a new international climate regime say civil society and many of the 193 nations attending the United Nations climate change conference here in Durban. "The U.S. position leads us to three or four degrees Celsius of warming, which will be devastating for the poor of the world," said Celine Charveriat of Oxfam International. "They are proposing a 10-year time out with no new targets to lower emissions until after 2020," Charveriat said. Stephen Leahy, IPS, 12-6-11

Don't you understand? Even if we were to succeed in establishing a new baseline of economic justice in the USA (POTUS flirted with it in his speech), while bringing gay marriage to bastions of homophobia like Uganda and Saudia Arabia (which would be the logical extension of the principled position Hillary Clinton outlined in hers), it would all likely be for naught.

Severe drought has hit Europe's second largest river, the Danube, turning it into a navigation nightmare for shipping companies all the way from Germany to Bulgaria ... "There is just no water! The situation is critical not only here on the lower Danube but also upriver in Hungary, Austria, Germany," Ivan Ivanov, deputy chief of Bulgarian River Shipping (BRP), told AFP. Agence France Press, 12-4-11

Storms and droughts that have unleashed dangerous surges in food prices could be a “grim foretaste” of what lies ahead when climate change bites more deeply, Oxfam said ... “This will only get worse as climate change gathers pace and agriculture feels the heat,” said Oxfam’s Kelly Dent. Agence France Press, 11-28-11

The U.S.A. government has indeed led the world - into the greatest failure of governance in human history.

But it is not just our political leadership that is responsible for these dire circumstances.

The Climate talks in Durbin are well into the second week. And yet, the U.S. mainstream news media has spent the last few days and nights doting on the madness of Cain, Trump and Gingrich, and then, in turn, analyzing POTUS' new-found populism.

Sadly, so have progressive cable news sources, e.g., Maddow, Schultz, O'Donnell, even Olbermann (although K.O, to his credit has been in-depth and relentless on Occupy Wall Street). Likewise, progressive talk radio hosts have also been AWOL on the Climate Crisis this last week and last, first obsessing over Cain, Gingrich and Trump, and then fawning over POTUS' speech (only Thom Hartmann consistently deals with the Climate Crisis in any meaningful way).

None of these sources (as of this post) have provided coverage worthy of what is at stake in Durbin.

Only Amy Goodman and Democracy Now! have provided coverage worthy of what is at stake in Durbin. Day after day, this week and last, we have been reminded of how much Democracy Now! does with so little, as opposed to how little CNN does with so much. (See some examples in the embedded videos below.)

Yes, we know Durbin is a lost cause; but honestly that it is a lost cause (and why) is even a bigger story than if a meaningful agreement were to come out of it. Madness. Madness. Madness. We are on our own. But you knew that, didn't you? For thousands of years, human civilization has been hurtling toward the impossible situation in which you and I find ourselves. All that is blessed has been fused with all that is wicked. What will come of this singularity? Emergence or extinction?

Choose to meet this unprecedented moment with unconditional love, simple awareness and bold creativity. There is no other way forward. If you look ahead and see no one in front of you, well, that's because you are leading the way.

You think OWS is radical? You think 350.org was radical for helping organize mass civil disobedience in DC in August against the Keystone Pipeline? We’re not radical. Radicals work for oil companies. The CEO of Exxon gets up every morning and goes to work changing the chemical composition of the atmosphere. No one has ever done anything as radical as that, not in all of human history ... 2011 showed we could fight back. 2012 would be a good year to step up the pressure. Because this time next year the Global Carbon Project will release another number. And I’m betting it will be grim. Bill McKibben, The Most Important News Story of the Day/Millennium, Common Dreams, 12-5-11

Oh, and while I have your attention ... let us share some insights on what is really happening to the European Union:

Fundamentally, this is a struggle to take a crisis, caused by the business community and the governments they support, and make the mass of people pay for it. That’s what austerity means. And the test here is whether the mass of people will absorb it and accept it. And I think what’s happening is that they didn’t accept it in Greece, they’re not accepting it in Italy, and so they’re trying to make it a continental austerity program, led by the powerful countries. And I don’t think that’s going to work any better than what has been done in the individual countries. Richard Wolff: Eurozone Woes Result from Mating of Our "Dysfunctional" Political, Economic Systems, Democracy Now! 12-2-11

How did things go so wrong? The answer you hear all the time is that the euro crisis was caused by fiscal irresponsibility ... But the truth is nearly the opposite. Although Europe’s leaders continue to insist that the problem is too much spending in debtor nations, the real problem is too little spending in Europe as a whole. And their efforts to fix matters by demanding ever harsher austerity have played a major role in making the situation worse. Paul Krugman, Killing the Euro, NYT, 12-1-11


Richard Power is the author of seven books, including Between Shadow and Night: The Singularity in Anticipation of Itself and True North on the Pathless Path: Towards a 21st Century Yoga. He writes and speaks on security, risk, human rights and sustainability, and has delivered executive briefings and led training in over 40 countries. He blogs athttp://words-of-power.blogspot.com and http://primalwordsofpower.blogspot.com
Posted by Richard Power at 5:33 AM