Crimes Against Humanity in Tibet, Crimes Against Reason in the USA and the EU; The Road Ends Just Up Ahead, Beyond It is A Yawning Chasm

White House Ruins, Canyon de Chelly. The Anasazi lived in the canyons for nearly a thousand years, but vanished in the mid 1200s. 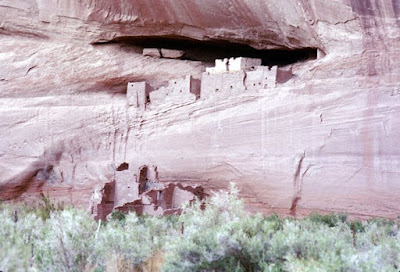 Crimes Against Humanity in Tibet, Crimes Against Reason in the USA and the EU; The Road Ends Just Up Ahead, Beyond It is A Yawning Chasm

Here are four more notes, scrawled at recent hash marks along the timeline; to sustain the context and continuity of the narrative.

At the Roof of the World

Although, in recent months, I have not written at length about China's program of cultural extermination and spiritual rape against the Tibetans, it is has been heavy on my heart and much on my mind.

China has detained large numbers of Tibetans for political re-education after they returned from a visit to India to listen to religious teachings, a leading rights group said. The New York-based Human Rights Watch (HRW) quoted multiple sources as saying that since February 6, many recently-returned Tibetans had been detained in ad hoc centres in Lhasa, capital of Tibet, and other areas. Agence France Press, China detains Tibetans back from India, 2-17-12

By the time you read this post, Tibetan New Year 2012 will have come and gone. But instead of a time of celebration, February 22, 2012 was a time for profound inquiry into that crux of awareness, at which practice becomes prayer and prayer becomes practice.

Tibet's exiled government has called on Tibetans not to celebrate their new year - or Losar - which begins on Wednesday, and instead observe traditional and spiritual rituals for those who have died. “Tibetans would now be getting ready for parties, family get-togethers, lots of food and drink,” said Kate Saunders, spokeswoman for the International Campaign for Tibet (ICT), which has exile sources with contacts on the ground. “But this year... Tibetans have decided not to celebrate but to honour those who have died, particularly through self-immolations, by offering prayers and paying solemn respect to the traditions of their culture.” At least 22 Tibetans have set themselves on fire in China over the past year in protest against perceived repressive Chinese rule. Marianne Barriaux, Less celebrations as Tibetans mark new year, Independent Online, 2-2-12

Emperors die, like all other mortals, and in the Bardo they meet all the good and ill they visited upon others. None of us escapes this reckoning; it is not superstition, it is physics.

Empires fall in the short span of centuries or millennia. But the truth has shone from before the first of the multi-myriad millions of stars, and will shine long after the last of those stars is extinguished.

And how will you know? You are that truth, and when there is nothing else left you will know.

The Birth Place of Western Civilization

Another story I have not said much about is the EU's fiscal crisis, and the predicament of Greece in particular.

You will hear neither of these enlightened perspectives amplified in the U.S. mainstream news media.

Soros: I admire Chancellor Merkel for her leadership qualities, but she is leading Europe in the wrong direction. To solve the euro crisis, I advocate a two-phase policy -- which is first austerity and structural reforms as Germany implemented them in 2005, but then also a stimulus program. If you do not provide more stimulus in Europe, you will push many European countries into a deflationary debt spiral. And that would be extremely dangerous.
Spiegel: Are the new austerity guidelines for countries like Spain, Italy or Greece too tough?
Soros: They create a vicious circle ... Markets do not correct their own excesses ... This is what the economist John Maynard Keynes explained to the world, except that he is not listened to by some people in Germany. SPIEGEL Interview with George Soros:'Merkel Is Leading Europe in the Wrong Direction', 2-13-12

"The behaviour of the EU states towards Greece is inexplicable in the terms in which the EU defines itself. It is, first and foremost, a failure of solidarity ... In essence, this crisis is a failure of the EU states to show solidarity in the face of an onslaught from the financial markets ... This is the triumph of capitalism, that it has persuaded the world that capitalism is the world. It has led to the undoing of 200 years of struggle between ordinary people and the super-rich ... Now we see capitalism at its most triumphant. Greek police beat Greek people in order to impose the will of the banks and hedge funds. The EU member states, including Ireland, are the middleman, the quislings of capital. "William Wall, The Greek People Have Been Sacrificed to the Capitalist Gods of Speculation, Critical Legal Thinking (Ireland), 2-16-12

From Sea to Shining Sea

Meanwhile. here in the U.S.A., decades of relentless corporatist mind war has taken its toll on the psychological health and cognitive abilities of the electorate.

Extremists from Reagan to Ron Paul want you to forget two simple but important truths:

It is quite common now to hear people say "Well, we just can't afford it." That is a lie; and it is no less a lie if you are lying to yourself.

If we acknowledged the true cost of fossil fuels, and moved beyond them into renewable green energies, if we acknowledged the profound danger of human overpopulation, and confronted it with global awareness, meaningful incentives and free reproductive services, if we were willing to move beyond the "cross of iron" President Eisenhower warned us of so eloquently, SIXTY YEARS ago, to re-think our approach to "security" and re-tool our means of achieving it, we could afford to deliver on these promises, and we would be living in a very different country, and leading humanity to a very different future.

But even without such bold, evolutionary strokes, we could deliver on these promises, and be living in a very different country, and leading the world to a very different future; simply by re-asserting economic principles based on the government's real obligations to not only protect the populace from physical attack, but also to regulate markets, tax wealth fairly, invest in infrastructure, provide stimulus as needed, and extend a social safety net.

The End of the Road

This road ends just up ahead, and beyond It is a yawning chasm.

Celebrated scientists and development thinkers today warn that civilisation is faced with a perfect storm of ecological and social problems driven by overpopulation, overconsumption and environmentally malign technologies.
In the face of an "absolutely unprecedented emergency", say the 18 past winners of the Blue Planet prize – the unofficial Nobel for the environment – society has "no choice but to take dramatic action to avert a collapse of civilisation. Either we will change our ways and build an entirely new kind of global society, or they will be changed for us". John Vidal, Civilisation faces 'perfect storm of ecological and social problems', Guardian, 2-20-12

We are living in a time of tremendous challenges and extraordinary opportunities; best to find that crux of awareness, at which practice is prayer, and prayer is practice.

Humanity is putting its foot on the accelerator even though the world’s top scientists and governments have repeatedly explained we are headed over a cliff. The people who will suffer the most are people who have not contributed to this impending catastrophe — future generations and the poorest among us. This is such a colossally immoral and unethical act — collectively and in many cases individually — that most people, including the overwhelming majority of the so-called intelligentsia, simply choose to ignore it on a daily basis. That won’t save a livable climate, however, nor it will stop future generations from cursing our names. Joseph Romm, Crossing the Line as Civilization Implodes: Heartland Institute, Peter Gleick and Andrew Revkin, Nation of Change, 2-22-12 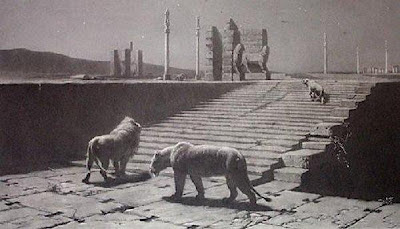 Richard Power is the author of seven books, including Between Shadow and Night: The Singularity in Anticipation of Itself and True North on the Pathless Path: Towards a 21st Century Yoga. He writes and speaks on security, risk, human rights and sustainability, and has delivered executive briefings and led training in over 40 countries. He blogs at http://words-of-power.blogspot.com and http://primalwordsofpower.blogspot.com
Posted by Richard Power at 2:34 AM