Fear and Loathing in 2012, A Report from the Digital Barricades: Words of Power Interviews Mark Karlin, Editor of Buzzflash at Truthout

Stone version of the Maya 260 calendar at the Smithsonian. (Credit: Matthew Bisanz, August 2009) 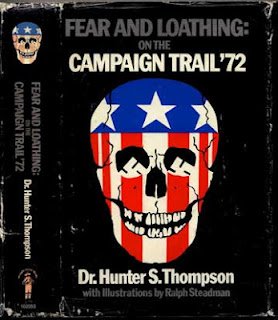 Fear and Loathing in 2012, A Report from the Digital Barricades: Words of Power Interviews Mark Karlin, Editor of Buzzflash at Truthoutt
By Richard Power
For progressives, 2012 is perhaps the most challenging year since 1968, although very different.

There is the Presidential election, which will offer a choice between a 1960s-1970s Republican moderate (i.e., POTUS) and a post-Reagan era Death Eater (presumably Romney). A no-brainer, but not at all encouraging in terms of making meaningful progress on issues of economic and environmental justice. There is the struggle for the Speaker's gavel, and for a true majority in the Senate. There is the struggle for the future of SCOTUS. Furthermore, the rise of ALEC state legislatures and Zombie governors have made us painfully aware of a grotesque new meaning for the old adage "all politics is local." Elections have consequences, dire consequences.

There is also the open question of what will become of the Occupy movement. We desperately need an outside force, strictly NON-VIOLENT, but unwilling to compromise, unwilling to gloss over Democratic Party complicity on economic justice or human rights issues. But will Occupy or whatever evolve out of it find the balance to maintain militancy, and at the same time cultivate strategic alliances, e.g., with Van Jones' Rebuild the Dream, or will it be marginalized and thereby play into the hands of the political establishment and mainstream media.

But perhaps of all the challenges and opportunities opening up in 2012, none is more critical to success than a strong, aggressive progressive media, on the Web, on the radio, and on TV. (And the tragic falling out between Keith Olbermann and Current TV is a painful reminder of the fragility of it all.) I always point to Amy Goodman and Democracy Now, and say look at how much they do with so little, as opposed to how little CNN does with so much. But there are many other examples across a broad spectrum of attitudes and styles, as well as a mix of mediums, e.g., from Thom Hartmann and Ring of Fire to Melissa Perry Harris and The Young Turks, from Common Dreams and Rachel Maddow to The Nation and Mother Jones, from Cornel West and Tavis Smiley to Stephanie Miller and Think Progress, from Jason Leopold and Shannyn Moore to Rude Pundit and Digsby at Hullaballoo, and numerous others.

Over the next few weeks, I will be doing a series of brief Words of Power interviews with some prominent individuals in the progressive media. And we start in this post with Mark Karlin, Editor of Buzzflash, one of the great bastions of reality-based news and analysis since it was forged in the white heat of 2000.

Words of Power: How do you see 2012? What do you see as the role of our progressive, alternative media in general and Buzzflash in particular? What is your sense of the consensus among many true progressives that you are in communication with?

Mark Karlin First of all, BuzzFlash is now part of Truthout.org, a dominating progressive site that accepts no corporate funds or advertising. Its readers take an interest in substantive articles and analysis that can lead to the flourishing of democracy. This is a threat to many whites who saw the American revolution as the creation of a white Christian state; democracy, which evolves and absorbs people of different backgrounds, is anathema to this group's desire to hold on to power. President Obama is a visual symbol that whites – as a tribal group -- no longer can rely on directing the government. This accounts for the venomous hatred that is spewed at Obama. The Internet has been a powerful force in the last 12 years, offering an alternative "frame" to the status quo news of the mainstream corporate media. Sites like Truthout/Buzzflash are essential in providing an outlet for public policy and news whose goal is not to deliver a wealth demographic to advertisers, but rather to obligate its mission to the truth.

Words of Power: What do you see as the future of Occupy Wall Street movement? Do you see it evolving? What should its relationship be with the progressive movement as a whole?

Karlin: I am not an expert on the direction of activism. I am an editor and journalist at BuzzFlash and Truthout. From my perspective as a news analyst, the activism of Occupy Wall Street, was part of a continuum of populist progressivism that has been part of our democracy for decades. Think of the Civil Rights movement; think of the women's emancipation movement; think of the gay rights movement. Most recently, last year the revolt against Scott Walker in Wisconsin, which saw tens of thousands of protesters unite from different factions of the progressive movement, showed that a simmering public protest movement had come to a full boil. More than 100,000 people showed up to demonstrate for collective bargaining in a small capital city in a state with a relatively small population. That was an amazing and energizing development. Historically, most legislative change is proceeded by protest movements demanding justice. Occupy Wall Street may morph into another form of that hopeful tide.

Words of Power: Tell us a little bit about the history and background of Buzzflash. I remember when it first appeared in one of our darkest hours. It has remained a vital portal in the long years since then. Give us some insight into how Buzzflash started, and how it has sustained itself, survived all these years as one of the bulwarks of the patriotic resistance, a bastion of the USA's true free press. What has been the hardest aspect of the struggle? What has been the most surprising?

Karlin: BuzzFlash started in May of 2000. At that time, other than a site called BartCop.com (which still exists), BuzzFlash was the only progressive site that came out swinging. We were and are edgy, sardonic, impassioned – and have a sense of humor. But when I started the site while doing other work for a living, I was committed to not accepting advertising, because advertising ultimately corrupts journalism. Advertising tacitly or directly dictates a certain style of acceptance of the status quo – and once you accept it, it's hard to go back. Many progressive publications started out only accepting "cause" ads; then they compromised a little and accepted national brand name ads; then they accepted bank ads; then they accepted oil company "grenwashing" ads. It becomes an addiction to a money stream, and the ads do influence readers and content, whatever publishers want to claim to the contrary. The Internet is becoming much more of a commercial vehicle, now that it has crossed a threshold that has allowed for models that are profitable. But anyone who has seen sites like Daily Beast and Huffington Post recently have seen how much advertising, delivering a certain audience, has steered them toward sensationalism and entertainment, even if they have some good political reporting. This is becoming true of some more credible progressive publications also, to a lesser degree, but Truthout/BuzzFlash have withstood the temptation to rake in the bucks. We are a delivery vehicle for the truth and uncensored opinion, not a conveyor belt of mush for money.

Karlin: These are all interesting questions. And with the emergence of some progressive alternatives on television, there has been a definite change. Most of it is for the good, but there is a downside. The downside is that television is a mass media and all the programs – except for Democracy Now, Free Speech TV, and Link TV, and my good friend Thom Hartmann – are basically, again, vehicles for advertising. If you look at the Internet clips for MSNBC, often you will find oil company "greenwashing" ads that you must watch to see the clip. One for Rachel Maddow that appears over and over again promotes fracking, although that term is not used. Furthermore, although I want to be clear that I am delighted at the growth of progressive television (although disappointed with the relative lack of growth in progressive on-air radio), much of progressive television still deals with the "horse race" of politics or with gaffes. It's theater to a great degree, and theater is often entertaining but not illuminating. But it does offer an important counterpoint to FOX, CNN (which is right center status quo), and the right wing radio shills. So progressive television is very important. In addition, a lot of progressive hosts rely on the Internet for a lot of their guests and breaking progressive news, so I think that part of it is great. As far as the Internet, as long as further consolidation is prevented, and the government and the FCC keep their hands off it, it will continue to be a powerful engine of information, diversity of viewpoints, and vehicles for change through social networking.Basically, since about 2000, the Internet has been an open bulletin board for democracy. We can only work to make sure that doesn't change. Truthout will be working to help ensure "we the people" continue to be represented on the Net.

I urge you to contribute regularly, as I do, to Buzzflash, Truthout and the other bastions of progressive media.

There are wild rapids ahead of us all.

Richard Power is the author of seven books, including Between Shadow and Night: The Singularity in Anticipation of Itself and True North on the Pathless Path: Towards a 21st Century Yoga. He writes and speaks on security, risk, human rights and sustainability, and has delivered executive briefings and led training in over 40 countries. He blogs at http://words-of-power.blogspot.com and http://primalwordsofpower.blogspot.com
Posted by Richard Power at 1:46 PM