While the USA Ignores the Collapse of the Climate Upon Which Civilization is Predicated, China is Building a Theme Park in Tibet, Time for Us to Be the Change 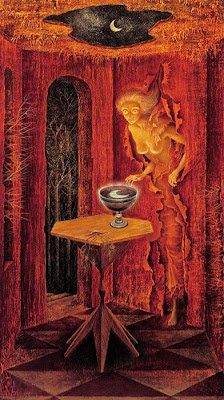 Flash floods over the weekend have claimed the lives of at least 150 people in Russia, according to officials and various reports. Three months worth of rain fell in one night, according to reports and the flood waters rose so fast that many received no warning and had no path for escape. Common Dreams, 7-9-12

Just under 56 percent of the contiguous United States is in drought conditions ... Live Science, 7-5-12

Heat records have been smashed in over 4,500 locations, and with Saturday temperatures showing no relief, that number is expected to grow. Common Dreams, 7-7-12

While the USA Ignores the Collapse of the Climate Upon Which Civilization is Predicated, China is Building a Theme Park in Tibet, Time for Us to Be the Change

Why wasn't the global Climate Crisis (and the global Sustainability Crisis that fuels it) the lead story on CBS Fork the Nation, NBC Meat the Press, ABC This Weak or CNN Slant of the Union this morning? The same reason IT WASN'T A STORY AT ALL on any of these programs.

We are witnessing the greatest failure of governance in human history. Beltwayistan (the U.S. political establishment) and Infotainmentstan (the U.S. mainstream news media) are utterly craven in their refusal to speak and act responsibly. Those not driven by greed are driven by cowardice, and all of them are driven by self-interest. But their self-interest is so pitifully short-sighted. Those driven by greed will not be able to bring their treasure-laden camels with them through "the eye of the needle." And those driven by cowardice will find that there is "no hiding place down here."

I live in peace, and I move from love, but I will never be silent and I will never look away from the reality of what is. The Oneness of all Life is THE REALITY, but within that Oneness there is this world of opposition and struggle. And just as surely, within this world of opposition and struggle, the spiritual warrior must become established in a direct realization of the Oneness, while simultaneously engaging in the struggle. Yes, live in peace, and move from love, but with eyes open, and speaking out, even if you speak out in no other way than how you spend the precious time you have.

It takes 1.5 Earths to maintain our current economy. By 2050, assuming only moderate growth, it will take nearly 3 Earths worth of resources to sustain the economy. But of course, we only have one planet. Those extra worlds we consume represents debt – assets taken from our children. In ecologic terms, it is called “overshoot.” And living systems cannot long survive in overshoot mode. A classic example of overshoot occurred on St. Mathew Island when the US Coast Guard released 29 Reindeer – 24 females and 5 males—in 1944. By the summer of 1963, the population had exploded to over 6,000 animals. By the end of that year, the population plummeted to fewer than 50 starving animals. In an ecologic sense, our global economy is very much like the Reindeers at 6,000. We are poised at the top of a dizzying growth jag, but we are seeing the first signs of trouble. John Atcheson, The Future as a Commons: Capitalism and an Ecologic Tragedy in Time, Common Dreams, 7-6-12

Chinese officials have announced plans to build a £3bn Tibetan culture theme park outside Lhasa in three to five years ... But Tibetan groups have expressed concern that the surge in tourism has also eroded traditional culture and that the income has economically benefited Han Chinese more than Tibetans ... The announcement came after two Tibetan men set fire to themselves in Lhasa. Tibetan areas across western China have seen a spate of self-immolations, with those involved protesting against Chinese policies. Guardian via Raw Story, 7-6-12

It may well be that in the new China, corporatism will reach the zenith of its expression: the utter, shameless exploitation of sentient beings, hidden in plain site with a Great Wall of Lies. Ironically, China's rise as the ultimate corporatist state has been fueled by U.S. corporatists' betraying those upon whose backs their fortunes were amassed: the middle class, the poor, and before them the slaves and the indigenous population. (No, I am not a "Marxist," far from it. I just breathe and move from love, so I see what it.)

It is time for us to be the change we want to bring to this planet.

Richard Power is the author of seven books, including Between Shadow and Night: The Singularity in Anticipation of Itself and True North on the Pathless Path: Towards a 21st Century Yoga. His eighth book is coming soon! He writes and speaks on security, risk, human rights and sustainability, and has delivered executive briefings and led training in over 40 countries. Power blogs at http://words-of-power.blogspot.com and http://primalwordsofpower.blogspot.com
Posted by Richard Power at 9:09 PM