Of Crime and Punishment, of Dis and The Trial; Naming Names in the Greatest Failure of Governance in Human History 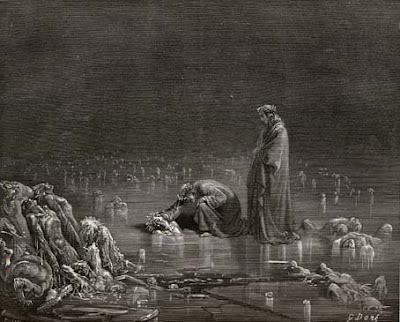 Here's the simplest fact - we are killing our oceans. Rapidly. Already, the massive atmospheric accumulation of greenhouse gases from the burning of non-Arctic fossil fuels has, scientists believe, caused a rise in sea surface temperature of 1 degree Centigrade over the past 140 years ... Similarly, the rapid melting of sea ice in the Arctic Ocean is already proving catastrophic for a host of species ... Subhankar Banerjee, Saving the Arctic From Big Oil, Mother Jones, 8-2-12

The chronic drought that hit western North America from 2000 to 2004 left dying forests and depleted river basins in its wake and was the strongest in 800 years, scientists have concluded, but they say those conditions will become the "new normal" for most of the coming century. Chronic 2000-04 Drought, Worst in 800 Years, May Be the 'New Normal' Science Daily, 6-30-12

Across the country extreme heat is melting asphalt and buckling major roadways, kinking rail tracks, and over heating nuclear power plants. Extreme storms are causing massive power outages and unprecedented flooding ... As extreme weather has become more and more common over the past few years, infrastructure specialists are now expecting to see a relentless attack on infrastructure engineering that has not been constructed to deal with stark changes in weather patterns. US Infrastructure in Disarray Due to Extreme Weather, Climate Change, Common Dreams, 6-26-12

"In a rational world and society, the RCMP would investigate Enbridge, Shell and others that have a long history of violating human rights and safety in their rush to fill their pockets with enormous wealth; instead the RCMP suggests an environmental organization such as Greenpeace is a threat to peace. For 40 years Greenpeace has never behaved violently ..." Greenpeace: Oil Companies, Not Us, Are 'Dangerous' and 'Radical' Common Dreams, 7-31-12

Of Crime and Punishment, of Dis and The Trial; Naming Names in the Greatest Failure of Governance in Human History

With much air time and much ink dedicated to the story, UC Berkeley astrophysics professor Richard A. Muller, a heralded climate change denier, has done an about face and is now staring squarely at reality.

"Three years ago I identified problems in previous climate studies that, in my mind, threw doubt on the very existence of global warming ... Last year, following an intensive research effort involving a dozen scientists, I concluded that global warming was real and that the prior estimates of the rate of warming were correct. I'm now going a step further: Humans are almost entirely the cause."Climate-Change Skeptic Changes His Mind, Sci-Tech Today.

Muller should have known better, the science was already well-settled, three years ago, when he waded into the fray with filthy Koch Brothers lucre. Perhaps he did know better, and was simply seizing an opportunity. What did Muller know and when did he know it? He should stand trial with the rest of the scientists who sold their sacred science for thirty pieces of silver. ("Biostitutes" Mike Papantonio calls them) Let them stand in the dock alongside those elected officials, for example, Imhofe, who betrayed the public trust on this direst of national security issues. Yes, send them all to the Hague: the biostitutes, the ring-leaders of the Cult formerly known as the Republican Party, and of course their paymasters in the Chamber of Horrors, a.k.a. the Chamber of Commerce.

For people like the Kochs, Murray Energy and Harold Clark Simmons, the money they give to politicians is small change. For environmental campaigns, contributions of this size would break the bank. The money available to big business means that there will always be a massive asymmetry of this kind in the potential for political funding. As a result, a political system which imposes no effective cap on campaign finance leads inexorably to plutocracy: governance on behalf of the richest people and corporations. The first prerequisite for protecting the environment is a functioning democracy. In any other system, those with the most money to spend or, in other circumstances, the most thugs to deploy, win the political battles. The further from democracy a nation strays, the greater the opportunities to destroy the world's living systems, however unpopular that destruction may be. George Monbiot, Stop this culture of paying politicians for denying climate change, Guardian, 8-2-12

Oh yes, and just as some Rwandan radio executives were convicted of playing key roles in the genocide, so should those media mavens who played key roles in this planetary ecocide. Yes, they looked the other way as much as possible, and whenever circumstances made it impossible for them to simply look away, they chose to propagate the false meme that there was a legitimate debate about the reality of human-induced climate change, instead of reporting on what must be done to mitigate its catastrophic consequences.

To forestall policy on climate change, the Wall Street Journal editorial board routinely downplays scientific consensus, overstates the cost of taking action, and claims that politics, not science, motivate those concerned about the climate. But an analysis of more than 100 editorials from 1976 to present shows that the Wall Street Journal used these same rhetorical tactics in previous decades on acid rain and ozone depletion and they did not stand the test of time. Jill Fitzsimmons and Jocelyn Fong, Media Matters, 8-2-12

Was it Muller's conscience that brought him to reality? Or was it concern over his career? I don't know, and I don't care. Let him be indicted with the rest of them in some future international court of environmental justice. And if he wants to turn planet's evidence, well, then he can cop a plea and negotiate a lighter sentence.

Yes, I am being tongue-in-cheek. Sort of.

Truth is stranger than fiction.

Imagine a 21st Century Crime and Punishment, in which, the killer wasn't the wretched Raskolnikov and the victim wasn't some misanthropic pawnbroker. Imagine. In this 21st Century Crime and Punishment, the killer would be George W. Bush, and the victim would be the future of a nation. Imagine a 21st Century Divine Comedy, in which the denizens of Circle 7, 8 and 9 of Dante's Inferno had Chamber of Commerce name tags.

Imagine a 21st Century Trial, in which the defendant wasn't the innocuous Josef K. (or the innocent Tim DeChristopher) but those like Muller who, before his come-to-Jesus moment, sought to obfuscate the truth and muffle a dire warning.

Obfuscate and muffle they did, and when the obfuscating and muffling of biostitutes didn't work, well then, kill the messenger.

And so it went on, case after case, country after country, a veritable worldwide epidemic of killing. Most of it is provoked by opposition to the competitive stampede by powerful corporations making multi-billion-dollar investments to dig up, cut down, and ship out the world’s remaining natural resources, a disproportionate amount of which lie beneath the soil of developing countries and more often than not (as in Peru) in the territory of indigenous peoples. These are frequently places with feeble judicial systems, limited or non-existent environmental laws, and a culture of collusion between governments and foreign corporations who promise that at least a little of the wealth from their gold and copper mines, their logging operations, their oil and natural gas plays, or their giant soybean or palm oil plantations will trickle down to the impoverished locals. George Black, via OnEarth, Climate Progress, 8-2-12

Yes, truth is stranger than fiction. And justice is elusive. We are, after all, in the throes of the greatest failure of governance in human history. Nevertheless, take heart. Although Pinochet died of old age, but he did not die in peace. And as, Dr. Martin Luther King promised, "arc of the moral universe is long, but it bends toward justice." 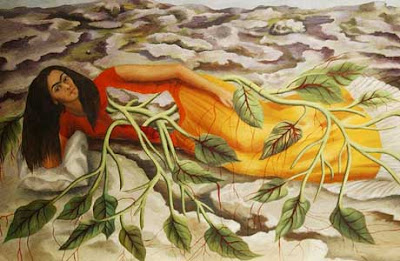 Posted by Richard Power at 1:48 AM