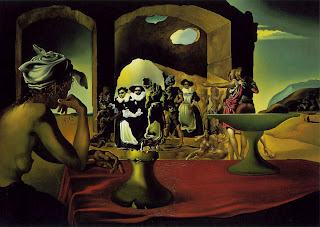 The generals follow news coverage of their country carefully, even if they need to get CNN and the BBC translated in order to understand it. They know, for example, that the United Nations sees itself as committed to providing assistance. Admittedly the UN's representatives in Bangkok have sometimes temporarily suspended shipments of humanitarian aid to Burma out of frustration with the military junta, but shortly afterwards orders have come from UN headquarters in Geneva and New York for aid deliveries to be resumed. That creates a situation where the Burmese generals are able to dictate the conditions under which aid can be given. And they are doing just that. ... If many people's lives are at risks, then criticizing the government becomes taboo: This is the uncomfortable subtext of the new soft Burma policy. It is also an all-too-reassuring signal to despots everywhere.
It appears possible that the regime will now be given carte blanche for as long as the victims' situation remains precarious. However one should not forget that it was precisely the mismanagement by the Burmese junta that greatly aggravated the crisis situation in the Irrawaddy Delta. NARGIS POSES HUMANITARIAN DILEMMA: Burma's Junta Has the West over a BarrelDer Spiegel, 5-17-08

Crimes against humanity are occuring in Darfur and Burma:

UN Secretary-General Ban Ki-moon has condemned the Sudanese government for Sunday’s air raids against three villages in North Darfur that killed fourteen civilians and injured several others. Antonov bombers targeted a marketplace, water installations and a village school that was holding classes. Eleven people in the village of Shegeg Karo were killed, six of them children between the ages of five and eleven. The bombs also destroyed half the village’s water supply. Democracy Now! 5-9-08

Following the devastation of Cyclone Nargis on May 2, the military has forcibly relocated tens of thousands of survivors from the Irrawaddy Delta, including many who had sought shelter in Buddhist monasteries - the centre of unrest during protests against the junta last year.
Ko Hla Min, a 35-year-old farmer who lost nine relatives in the storm, said those rounded up by soldiers around the devastated town of Bogalay were being used as work gangs. Sydney Morning Herald, 5-16-08

The great nations, for various self-serving reasons, are unwilling to intervene; therefore, the UN, as currently constituted, is incapable of intervening.

These circumstances are the result of an utter failure of leadership and a disgraceful abdication of moral responsibility, particularly in Washington, D.C. and Beijing.

What lessons can be learned from this agonizing episode?

Those of us living in the developed world must understand that as climate change and the sustainability meltdown accelerates, the plight of the displaced people of Darfur and Burma may become our own.

You, too, may be hunted, herded into camps, and killed off through aggravated attrition by the haunted shells of your own governments; unless, the collective consensus on our common humanity is re-constituted and re-asserted.

The twin motivations of altruism and egalitarianism issue from the very heart of the human race itself. They must be articulated once again, hallowed once again, and in the most meaningful of ways, i.e., direct action to relieve suffering and encourage "life, liberty and the pursuit of happiness."

A world community, grounded in these guiding principles, would be able to apply the economic persuasion, the geopolitical pressure, and yes, if necessary, the military force to thwart genocide and other crimes against humanity.

Unless the twin motivations of altruism and egalitarianism are indeed revivified, the 21st Century will be a long one-way ride into the Hell glimpsed episodically throughout the 20th Century.

Both Mia Farrow and Eric Reeves, two impeccable warriors for the rescue of Darfur have published important pieces in recent days.

Here are brief excerpts with links to the full texts.

African nations willing to contribute peacekeepers need partners, nations with capable armies to provide training and essential logistical support. The U.S., the U.K., Canada, France and others have already initiated such partnerships. More nations need to step forward, with a commitment to sustain the battalions for several years.
The U.S. should expand the effort to assemble a group of volunteer nations. Then, once it assumes leadership of the Security Council, it could host a "Unamid pledging conference" – a meeting of troop contributing countries – to announce partnerships and logistical support for struggling African battalions. The bare-bones contributions necessary to stop the slaughter would be minimal: Currently, U.N. peacekeeping is calling for 24 helicopters, two transport units and one logistical unit.
All 15 member states of the Security Council will visit Khartoum in early June. This is an auspicious opportunity for the U.N. to unify in its commitment to the deployment of the protection force.
China has a significant role to play here. Given its vast oil investments and brisk arms trade, Beijing has unparalleled influence with Sudan. The entry of a full protection force into Darfur would likely give China the international ovation it craves in the lead-up to the Olympic Games.
Rations of hope are meager in Darfur. But this is an opportunity for the international community, for the Security Council, and especially for the U.S. and China, to step up and protect a defenseless population. Will they do it? MIA FARROW and NANCY SODERBERG, The Way Forward on Darfur, Wall Street Journal, 5-15-08

In an op-ed piece published in the Christian Science Monitor, Reeves raises the critical questions for which all of us must demand answers both from our governments and our news media establishments:

The brutality of the Khartoum regime's military actions in the Darfur region of western Sudan continually forces a question that seems to have no morally intelligible answer: Is there no act of civilian destruction so cruel, so savage, that the international community will finally respond vigorously and unambiguously?
On the afternoon of May 4, a market was bombed in the village of Shegeg Karo in North Darfur. The attack killed several people – including six students from a nearby school ... This bombing attack, on a conspicuously civilian target, violates not only international law but a ban on all military flights in Darfur, nominally imposed by UN Security Council Resolution 1591 in March 2005. Khartoum has shown nothing but contempt for both, and the international community has watched with nothing but idle words and unctuous hand-wringing – a fact not lost on the regime's génocidaires as they calculate the costs of their continuing campaign of civilian destruction.
Who are the victims of this international cowardice? Who suffers when the world refuses to demand justice of those who would deliberately kill children? Let's at least grant the dignity of names to the victims of this most recent barbarism:
•Fatima Suleiman Adam Omar, 3rd grade, 10 years old
•Fatima Ahmad Bashir, 2nd grade, 8 years old
•Mubarak Mohammed Ahmad, 3rd grade, 10 years old
•Yusuf Adam Hamid, kindergarten, 5 years old
•Munira Suleiman Adam, 2nd grade, 7 years ol
•Adam Ahmad Yusuf, 4th grade, 11 years old
How would Americans respond if terrorists acting on behalf of another country deliberately killed, with complete military impunity, six young children at one of our village markets? Outrage would bring the country to a halt. It would change the very nature of the presidential campaign. News coverage would be unending. Washington's response against the offending nation would be swift and destructive. Eric Reeves, AN UP-CLOSE VIEW OF BRUTALITY IN DARFUR: How would we react if Khartoum bombed our kids?, Christian Science Monitor, 5-12-08

Darfur Crisis Update: A Tale of Two Men -- The Genocide in Darfur is a Morality Play in which the Best & the Worst in All of Us is Revealed

I encourage you to follow events in Burma on Irrawaddy.