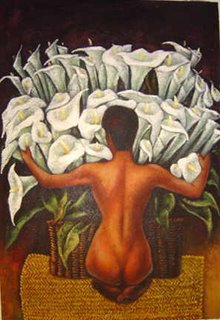 Since the November election in the USA, many of us have been simply grateful and relieved, but now it is time for brutal honesty, realistic priorities and urgent, meaningful action. And, hear me, as shrewd and responsible as the incoming Obama administration promises to be, it will have to be pushed and pushed hard on some very big issues. You must be hard and loud, you will be doing the new administration a favor. It must govern from the center, otherwise it will be under merciless attack from the beginning. What it needs is for the people of the nation and the world to push the center itself toward the progressive side of the spectrum.

The global financial crisis is distracting attention from other pressing issues such as high food and energy prices, and environmental damage, Nobel peace laureate Muhammad Yunus told AFP Wednesday.
The Bangladeshi economist warned that not addressing those other issues would lead to a "much bigger crisis ahead" that would have political and financial implications.
"What we see as a financial crisis is a part of many more crises, which are going on simultaneously in 2008," Yunus said in an interview while attending a summit of business leaders in London.
"You remember the food crisis? It's still on, it didn't disappear. Simply, this (financial crisis) became much more pressing and everybody is paying attention."
He continued: "Then we have the energy crisis, it's still there... And then the environmental crisis, we have not solved anything about the environmental crisis." Agence France Press, 12-3-08

Al Gore is leading push-back on the boondoggle of "clean coal":

Al Gore’s Alliance for Climate Protection, the League of Conservation Voters, National Wildlife Federation, Natural Resources Defense Council, and the Sierra Club launched the “Reality” Coalition, a national grassroots and advertising effort to tell a simple truth: there is no such thing as “clean coal.” The coalition is arguing that coal cannot be considered clean until its carbon dioxide emissions are captured and stored, and that until coal is truly clean, there should be no new coal-fired power plants built in America. Watch their new ad:
“The coal industry has spent hundreds of millions promoting ‘clean coal’ technology, but in reality, there is not a single large-scale demonstration project in the United States for capturing and safely burying all of coal’s CO2 emissions,” Gore said. “The industry must make good its promise if they truly want to do their part to solve the climate crisis. Until that happens, coal cannot be called ‘clean.’” Think Progress, 12-4-08

Climate Crisis: "The global financial crisis has pushed climate change off the front pages despite new evidence ..." "Time is running out."