Ron Paul Serves the 1%, & In His Thralldom to Them He Throws Some Juicy Scraps to the Ugliest Anti-Social Elements Among Us 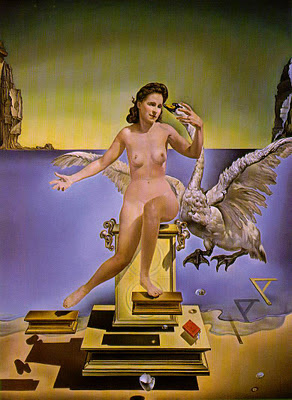 Ron Paul Serves the 1%, & In His Thralldom to Them He Throws Some Juicy Scraps to the Ugliest Anti-Social Elements Among Us - Ron Paul Would Have Protected Jim Crow, Wants to Free You from "Slavery" to Social Security & Medicare, & Of Course Revoke a Woman's Right to Choose

If Ron Paul runs as a third-party candidate, it will not be to defeat the one-percenter Mitt Romney, it will be to ensure Romney's victory in a few critical battleground states by shaving off a few thousand votes from POTUS (or perhaps by offering cover for the shaving off of those votes by other more nefarious means).

Make no mistake about it, Ron Paul serves the 1%, and in his thralldom to them he throws juicy scraps of hate to some the ugliest anti-social elements among us.

If you are flirting with support for Ron Paul, as some kind of powerful statement on the threat to civil liberties, you are profoundly deluded.

Ron Paul has stated unequivocally that he believes the state should be able to dictate what a woman can or cannot do with her own body.

Paul has also stated unequivocally that the state should not be able to forbid a business from refusing service to a someone based solely on their race or ethnicity.

MSNBC’s Chris Matthews asked the Texas congressman, “The ‘64 civil rights bill, do you think an employer, a guy who runs his shop down in Texas or anywhere has a right to say, ‘If you’re black, you don’t come in my store’?” And with that, Paul explained he would have opposed the Civil Rights Act, adding, “I wouldn’t vote against getting rid of the Jim Crow laws.” Steve Benen, Washington Monthly, 5-14-11

So you are a progressive, and you insist that Ron Paul has some moral high ground? Tell me, how does it feel to lie in bed with the denizens of Stromfront?

You are also seriously deluded if you are flirting with support for Ron Paul, as some kind of powerful statement of protest in regard to our foolish military adventures in Iraq and Afghanistan.

Ron Paul's anti-war views are not grounded in altruism or even common sense; they are grounded in a crude, unthinking isolationism. Indeed, it is not far-fetched to surmise that the tale of Anne Frank's diary would have likely fallen on deaf ears in Ron Paul's house. Can't you hear him saying, "It's none of our business." (Think I am taking a cheap shot? Really? Some Republicans of the 1930s were not just isolationists, they were Nazi-sympathizers.)

After all, in Ron Paul’s warped mind, caring for strangers is just a way to enslave them.

Earlier this year, in an appearance on "Fox News Sunday," Paul declared both Social Security and Medicare to be unconstitutional, essentially saying they should be abolished for the great evil that they are -- just like slavery. Adele Stan, 5 Reasons Progressives Should Treat Ron Paul with Extreme Caution -- 'Cuddly' Libertarian Has Some Very Dark Politics, AlterNet, 8-26-11

But perhaps the most damning evidence of all is that Ron Paul named his son after the sociopathic cult leader, Ayn Rand.

Ayn Rand’s “philosophy” is nearly perfect in its immorality, which makes the size of her audience all the more ominous and symptomatic as we enter a curious new phase in our society....To justify and extol human greed and egotism is to my mind not only immoral, but evil.— Gore Vidal, 1961 Bruce E. Levine, How Ayn Rand Seduced Generations of Young Men and Helped Make the U.S. Into a Selfish, Greedy Nation, Reuters AlterNet, 12-15-11

His adoration of Ayn Rand, BTW, is something he shares with Alan Greenspan. (Yes, the former Chairman of the Fed.)

Ron Paul is either a profoundly confused individual, or an utter hypocrite. So where does that leave you if you are considering supporting him?

In fact, many of Ron Paul's newest supporters on the left look strikingly like the majority of the ones on the right who have been following him for years: the kinds of people whose lives won't be directly affected by all those pesky social conservative policies Paul would seek to enact as president, either due to their race, class, gender or sexual orientation. Megan Carpentier, Guardian, 1-6-12

The Nader supporters of 2000, a fraction of the liberal electorate, didn’t get the policies they so urgently desired, of course. They didn’t even get a viable Green Party or a lasting movement for change. Instead, they helped to inflict a political disaster from which America has scarcely begun to emerge. In the new year, we may discover whether they wish to revive that nightmare. Joe Conason, Could Ron Paul Be the Next Ralph Nader? Truthdig, 1-1-12

Richard Power is the author of seven books, including Between Shadow and Night: The Singularity in Anticipation of Itself and True North on the Pathless Path: Towards a 21st Century Yoga. He writes and speaks on security, risk, human rights and sustainability, and has delivered executive briefings and led training in over 40 countries. He blogs at http://words-of-power.blogspot.com and http://primalwordsofpower.blogspot.com
Posted by Richard Power at 2:34 AM