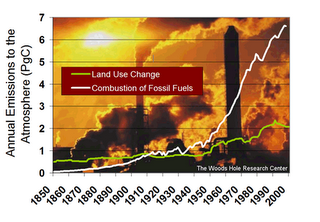 In the past year alone, according to its Web site, Exxon Mobil's foundation gave $42 million to key organizations that influence the way children learn about science, from kindergarten until they graduate from high school. Laurie David, Washington Post, 11-26-06

The world can't get its act together without the United States, and the US can't do it without Texas. The world may have ten years, but Texas only has six months to stop TXU from turning our climate to toast. Kelpie Wilson, Truthout, 11-22-06

Two stories from recent days highlight the profoundly disturbing disconnect from reality on the part of the US political establishment, the US mainstream news media and even the US educational system.

In a Washington Post op-ed piece, Laurie David, producer of "An Inconvenient Truth," Natural Resources Defense Council trustee and founder of StopGlobalWarming.org, exposes the cravenness of the National Science Teachers Association (NTSA). David offered 50,000 free Inconvenient Truth DVDs to the NTSA, but the offer was rejected.

"In their e-mail rejection, they expressed concern that other "special interests" might ask to distribute materials, too; they said they didn't want to offer "political" endorsement of the film; and they saw "little, if any, benefit to NSTA or its members" in accepting the free DVDs. Accepting the DVDs, they wrote, would place "unnecessary risk upon the [NSTA] capital campaign, especially certain targeted supporters." One of those supporters, it turns out, is the Exxon Mobil Corp....NSTA's list of corporate donors also includes Shell Oil and the American Petroleum Institute (API), which funds NSTA's Web site on the science of energy. There, students can find a section called "Running on Oil" and read a page that touts the industry's environmental track record -- citing improvements mostly attributable to laws that the companies fought tooth and nail, by the way -- but makes only vague references to spills or pollution. NSTA has distributed a video produced by API called "You Can't Be Cool Without Fuel," a shameless pitch for oil dependence. Laurie David, Science a la Joe Camel, 11-26-06

The NTSA story is about an organization that presents itself as a teachers association, willing to accept corporatist influence warfare materials accompanied by big donations from the energy industry, but unwilling to accept public service materials offered for free and grounded in irrefutable science.

It is scandalous, but it is, of course, an information-based scandal.

The other outrage I want to draw your attention to is, well, murderous (to the citizens of Texas and to the environment of the planet as a whole) in its implications.

Wilson writes: "Coal is cheap. Cheaper than natural gas and a whole lot dirtier. With Governor Perry's order in hand, TXU applied for permits for eleven new giant coal power plants. Several other power companies and utilities put projects in the pipeline too, but TXU's plants are way ahead in the process. That might have something to do with its generous campaign contributions to the Governor. The Dallas Morning News reported in October 2006 that since Perry signed the executive order, TXU and its associates had contributed $87,000. Coal may be cheap to TXU, but it's not cheap for people or the planet. According to the Environmental Defense Fund, TXU's eleven proposed plants, totaling more than 9,000 megawatts, will produce about 78 million tons of CO2 per year. EDF says that's equivalent to the annual emissions of 10 million Cadillacs and more than the annual emissions of the entire country of Denmark." Kelpie Wilson, Power Companies Order Up Texas Toast, Truthout, 11-22-06