300 Million Being Led Off A Cliff, 7 Billion In Dire Peril, 1 Billion Rising - Here Are 3 Dates On Which You Can Make A Stand For The Future 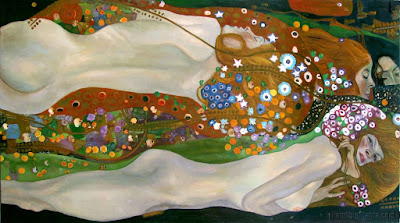 300 Million Being Led Off A Cliff, 7 Billion In Dire Peril, 1 Billion Rising - Here Are 3 Dates On Which You Can Make A Stand

[NOTE: I am honored that this post has also been cross-posted as a Buzzflash Commentary at Truthout.org. Buzzflash and Truthout are great bastions of our progressive citizens' online media, and I am happy to have contributed to them throughout the years we have all utilized the Internet to counteract the dumbing-down and disinformation of the corporatist media.]

The months ahead will offer three profoundly meaningful opportunities to be the change you seek in the world. Here they are in reverse chronological order.

Plutocracy, like Patriarchy, is a counter-evolutionary force within the collective psyche. It is life-negating. Conversely, the rise of women is one of the principle drivers of the global non-violent evolution we so desperately need. It is life-affirming. Likewise, green energy. The fossil fuel industry is one of the three pillars that the Patriarchy and the Plutocracy stand upon, the others are the predatory banking system and the war racket. This truth is a naked one now. The Emperor has no clothes, and it is an ugly sight to behold. Kick any one of these three pillars away and the edifice collapses. Hasten the rise of women and the edifice is dismantled from inside, because it does not answer the simple test of being nurturing unto the seventh generation. (Oh, of course, there are grotesque exceptions: e.g., heartless CEOs like Carly Fiorina and Meg Whitman, reactionary politicians like Sarah Palin and Margaret Thatcher. The phenomena similar to that of Clarence Thomas, Herman Cain, Allen West, etc. But it has always been thus. After all, in his guide book to the Inferno, didn't Dante consign the traitors to the lowest rung of Hell?)

Please view the three minute Eve Ensler film embedded below, and share it with your friends via Facebook and Twitter. One billion women violated is almost incomprehensible abomination; but one billion women (and men) STRIKING for a day - to DANCE in the streets - is certainly an act of GLOBAL, NON-VIOLENT EVOLUTION.

Join us. Be the change. Strike. Dance. Rise.

One Billion Rising
[If you receive Words of Power via e-mail, just clink on the link above to go to the video.]

The Climate Crisis is our greatest national security threat, our greatest economic threat and our greatest human rights issue; and as insane as it will seem to the future (if there is a future), the four men running for the highest offices in the U.S. government just spent a collective 6 hours of prime-time debate avoiding any mention of it (so did the so-called "journalists" who moderated).

Ironically, the man elected President in 2000, but whose rightful place was usurped, has spent the last twelve years traveling the world, training people of courage and clarity of mind, organizing, and marshaling resources (including his own cable news network).

On November 14, 2012, you can join us for the second annual 24 Hours of Reality, which will be broadcast live in its entirety over the Internet, and from all around the world, including man-on-the-street reports, music, and most importantly, stories from communities moving forward with solutions.

To learn more, visit the Climate Reality Project. But before you do, watch the video embedded below and then share it with your friends and colleagues via Facebook and Twitter.

Al Gore Announcing 24 Hours of Reality: The Dirty Weather Report
[If you receive Words of Power via e-mail, just clink on the link above to go to the video.]

No, it's not a choice between the "lesser of two evils" (we have no time for such adolescent formulations), this is yet another choice between REASON and MADNESS.

In a recent Words of Power I shared the rational, responsible perspectives of Noam Chomsky and Rebecca Solnit (see Fear & Loathing 2012: POTUS Lets the Messenger of A Monstrous Future Get Up Off the Mat; Meanwhile, Chomsky and Solnet Speak for the True Grown-Ups in the Room); in this post (which may well be my last before election day), I offer you the rational, responsible perspective of Daniel Ellsberg:

It is urgently important to prevent a Republican administration under Romney/Ryan from taking office in January 2013. The election is now just weeks away, and I want to urge those whose values are generally in line with mine -- progressives, especially activists -- to make this goal one of your priorities during this period. An activist colleague recently said to me: “I hear you’re supporting Obama.” I was startled, and took offense. “Supporting Obama? Me?!” “I lose no opportunity publicly,” I told him angrily, to identify Obama as a tool of Wall Street, a man who’s decriminalized torture and is still complicit in it, a drone assassin, someone who’s launched an unconstitutional war, supports kidnapping and indefinite detention without trial, and has prosecuted more whistleblowers like myself than all previous presidents put together. “Would you call that support?” My friend said, “But on Democracy Now you urged people in swing states to vote for him! How could you say that? I don’t live in a swing state, but I will not and could not vote for Obama under any circumstances.” My answer was: a Romney/Ryan administration would be no better -- no different -- on any of the serious offenses I just mentioned or anything else, and it would be much worse, even catastrophically worse, on a number of other important issues: attacking Iran, Supreme Court appointments, the economy, women’s reproductive rights, health coverage, safety net, climate change, green energy, the environment. Daniel Ellsberg, Defeat Romney, Without Illusions about Obama, Common Dreams, 10-18-12

Richard Power is the author of eight books, including Humanifesto: A Guide to Primal Reality in an Era of Global Peril, Between Shadow and Night: The Singularity in Anticipation of Itself and True North on the Pathless Path: Towards a 21st Century Yoga. Power writes and speaks on spirituality, sustainability, human rights, and security. He blogs at http://words-of-power.blogspot.com and http://primalwordsofpower.blogspot.com, and is a member of the Truthout Board of Advisors. He also teaches yoga.
Posted by Richard Power at 12:39 AM