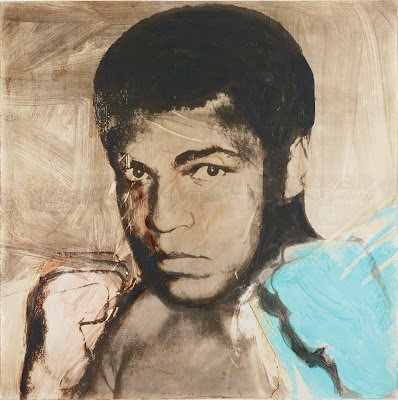 It's time to stop making excuses for Barack Obama. With so much at stake in this election, his performance at the debate on Wednesday night was indefensible. Bob Herbert, Demos, 10-5-12

A restrained Barack Obama, who went into the debate with a solid lead in the polls, and an even more solid lead in the battleground states, often seemed to be more of a spectator than a participant. Obama’s reluctance handed Romney an opening that the Republican took. Indeed, Romney took it to every side of every issue. John Nichols, The Nation, 10-4-12

The question now is whether Team Obama understands that our President must be more aggressive and commanding in the next two debates — and be unafraid to respectfully pin Romney to the floor. Robert Reich, 10-4-12

And they say Mr. Obama hasn't gotten anything done. On Wednesday night, he turned a rout into a contest again, and all by himself. Given the state of the race on Wednesday morning, that's quite the accomplishment. Or something. William Rivers Pitt, Truthout, 10-5-12

Big Bird might have been one the most popular trends on Twitter during the first presidential debate between Mitt Romney and Barack Obama. But as tonight’s wide ranging discussion on domestic issues unfolded, #climatesilence got some decent play as well. Sadly, not because the candidates broke their silence on the issue. Stephen Lacey, Climate Progress, 10-4-12

In the first Obama-Romney debate of 2012, the Hollow Man didn't deliver any of those "zingers" his staff leakers had promised; but he did utter an ugly and only thinly veiled racial slur in his opening gambit: "Look I have five boys, I'm used to people saying something that's not always true but just keep on repeating it and ultimately hoping I'll believe it."

Forgot about the fact that his "boys" are now all grown men (the youngest in his early thirties); he was equating POTUS, the first African-American POTUS, with "boys" who didn't always tell the truth. Do I really have to spell it out for you? The Hollow Man was calling POTUS a "boy," and a less than truthful "boy" to boot.

No, POTUS did NOT turn to the Hollow Man and say, "I am not your boy." POTUS turned the other cheek, as he usually does. At such moments, perhaps wisely, perhaps to a fault (I don't really know or care anymore), POTUS is more Jackie Robinson than Mohammed Ali, more James Meredith than Hank Aaron.

With an assist from the shameful Jim Lehrer, POTUS allowed this Hollow Man to inflate his chilling hollowness into a Grand Poobah Bully, and float upward on Hot Air and Big Lies.

He had been lying face down on the mat.

There I was, talking to the TV again, "POTUS, are you really going to let him talk about how he will work across the aisle and bringing people together and not mention McConnell's publicly stated no. 1 priority for the last four years?" And POTUS didn't.

During this first of three Obama-Romney debates, and for the first time in his 2012 campaign, the Hollow Man referred ONLY to his time as Governor of Massachusetts, and NOT ONCE to his years as CEO of Bain Capital. (It had been the other way around until now.) This etch-a-sketch move was predictable, over the top in its utter gall, of course; but predictable nonetheless. The problem, POTUS, is that you didn't either. You never once reminded us of Bain, or invoked the 41% or the 99% (or the 1%). And that was a mistake.

POTUS, this Hollow Man, Mitt Romney, and the maniac that was chosen for him to run with, Paul Ryan, are VERY dangerous men. They are messengers of a monstrous future. And YOU let this VERY dangerous man get up off the mat and live to fight another day.

Consider this from the brilliant Rebecca Solnit:

One manifestation of this indiscriminate biliousness is the statement that gets aired every four years: that in presidential elections we are asked to choose the lesser of two evils. Now, this is not an analysis or an insight; it is a cliché, and a very tired one, and it often comes in the same package as the insistence that there is no difference between the candidates. You can reframe it, however, by saying: we get a choice, and not choosing at all can be tantamount in its consequences to choosing the greater of two evils. Rebecca Solnit, Rain on Our Parade: A Letter to the Dismal Left, Common Dreams, 9-27-12

And take this sage advice from the legendary Noam Chomsky:

Professor Chomsky (who lives in Massachusetts) said he will probably vote for Jill Stein for president in effort to push a genuine electoral alternative, but that if he lived in a swing state he would vote “against Romney-Ryan, which means voting for Obama.” Noam Chomsky on How Progressives Should Approach Election 2012, AlterNet, 9-28-12

No one on the Left has more credibility than Noam Chomsky. And Chomsky is now on record, he says he will probably vote for Stein, but adds that if he were voting in a swing state, he would vote against Romney-Ryan, which means voting for Obama. That is a moral position, that is a rational position, that is a realistic position. Let us hope there are enough other grown-ups in the room to counteract whatever dirty tricks are in the works. (BTW, this is precisely the position that the shell of a man formerly known as Ralph Nader refused to urge in 2000, and is the reason why the shell of a man formerly known as Ralph Nader has ZERO credibility on issues of electoral politics) ...

And you, dear reader, if you don't think it makes a difference who is elected President in November, or who will hold the Speaker's gavel, or who will control the depraved wreck of the Senate chamber; well, then ... perhaps we should simply not discuss it any further ...

"There is a time to every purpose under heaven ..."

Posted by Richard Power at 3:05 PM