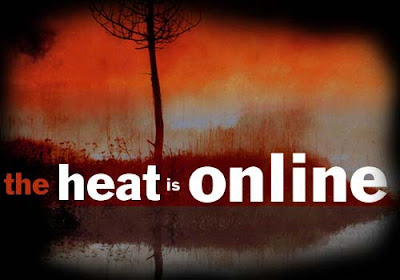 The Heat is Online

Air America Radio (AAR) is a vital information resource and communications network for the citizen resistance to the Cult-formerly-known-as-the-Republican-Party and the Corporatist juggernaut is serves. Like Moveon, Buzzflash, Media Matters, Center for American Progress, Rockridge Institue, and other bastions for free minds and open hearts, AAR has given an incredible boost to the immune system of the US body politic; and no element of AAR's daily line-up is more rich in nutrients or holistic in its approach than the Thom Hartmann Program.

Recently, Thom brought Ross Gelbspan on the air to debunk the swindle known as "The Great Global Warming Swindle."

Ross Gelbspan is a Pulitzer Prize winning reporter and editor with thirty years of work for the Boston Globe and other major big city newspapers, and the author of The Heat is On and Boiling Point. You can learn more about his work at www.heatisonline.org.

Hartmann and Gelbspan took apart this so-called documentary's misleading claims one after another.

Here is a transcript I made from a portion of their on-air dialogue:

Hartmann: . . . temperature on earth is a consequence of sunspot variations and not carbon dioxide?

Hartmann: They neglected to mention that in the movie.

Gelbspan: They neglected to mention that . . . The other point that is really interesting is that they do mention the fact that the warming proceeded until about 1940, then sort of plateau-ed for thirty years, until about 1970, and since then has been going up at an incredibly fast rate. The reason for that is a little bit complicated, but when we burn coal and oil we put up two things, we put up carbon dioxide, which stays up there for about a hundred years and traps in heat, we also put up lower level particulates. They're the things that make for air pollution, and they actually cool the planet. They reflect the sunlight back into space. The period of 1940 until 1970 when the world was industrializing around WWII, there was a huge increase in manufacturing, there was also a great deal of debris put up by all the bombings and so forth, and so you did have an off-set factor from all of these lower-level pollutants. And then when they leveled out in the late '60s and '70s, the heating resumed, and in fact it has been warming since then at a rate that exceeds anything in the last 10,000 years.

Hartmann: It was in the 1970s that we actually got serious about cleaning up our air. My recollection is that the Cuyahoga river caught on fire in the early '70s and that . . .

Gelbspan: . . . British scientist James Lovelock makes the point that if we were to really clean up air pollution around the world, that includes places like India and China that are dependent on their coal, and Mexico and Nigeria that burn lots of oil, if we were to radically clean up our air, we would see a huge spike in heating.

Hartmann: OK, here is another claim from the so-called documentary "Great Global Warming Swindle," they say when things get warm it is a desirable thing . . . they are saying the Middle Ages warming period was good times for Europe.

Gelbspan: It probably was a good time because it was coming out of a very cold period, and it did allow more grapes to grow and so forth, but that is all within what is called the range of natural variability, which traditionally has an upper limit and a lower limit, and so that was a warmer upper limit, and it certainly was very good, but . . . that was before we were changing the climate, and the real concern here, Thom, is that the planet as it is warming up, we can't arrest global warming at any particular comfort level. If we could it would be great. But the scientists right now are projecting that the climate will increase from 3 to 10 degrees Fahrenheit within this century. And if you look at what is happening around the world right now -- glaciers are melting, violent weather is increasing all over the world, plants, animals, birds, insects, whole eco-systems are migrating toward the poles in search of stable temperatures, we have the ice-caps melting -- all of that has happened from one degree of warming. And so, if we can stop it right here, maybe it would be a more pleasant world, but we are not in control. What scientists are really worried about is runaway climate change, whereby the warming sort of takes on its own internal dynamics, and just really trashes the planet in a big way. If we could control it, and bring on another Medieval warm period, and stop it right there, that'd be great, but unfortunately we do not have those kinds of controls, or a thermostat that controls the planet's climate.

Hartmann: Here is another clip from the so-called documentary Great Global Swindle" . . . So their point is that CO2 is a result of biological activity that increases as a consequence of temperature going up, and that we have it backwards . . . This last clip . . . suggests that carbon dioxide levels actually follow warming rather than precede it. Your response?

Gelbspan: If you look at CO2, Thom, when the earth was formed, the atmosphere was mostly CO2, and over the years it got drawn way down to the point now where it is .003% of the atmosphere. It is not a question of whether CO2 causes warming or warming generates CO2, it is sort of a dance between the two of them; and it is a feedback mechanism, so for example, when we had some early CO2 that helped promote plant life, the plants absorbed the CO2 and produced more oxygen, but then as we have the plants decaying and decomposing, and volcanic eruptions, and so forth, we put up more CO2. If you look at the temperature records, the changes in earth's temperature and the changes in carbon dioxide concentrations track each other perfectly. So what you have here is a feedback between the generation of CO2, the warming which generates CO2 and so forth. Now what is really interesting about that is that the process sort of stabilized itself probably about 600,000 years ago; and for the last 10,000 years we had the same amount of CO2 in the atmosphere, about 280 parts per million, which really created good conditions for civilization to develop.

Hartmann: And thus, our civilization being only about 10,000 years old.

Gelbspan: That's right . . . We has this 280 parts per million and it was pretty constant, but that was from the natural sources, since we have begun to industrialize using coal and oil we have upped that 280 parts per million to 380 parts per million, and the temperatures began to skyrocket. So it is not important which causes the other first, the chicken or the egg, the point is that it is in a mutual feedback cycle. The more CO2 we pump up there the more heat we get down here.

Hartmann: So for millions of years, we had a relatively unstable system, or at least a system that was going through wide oscillations in temperature, that had to do with a whole bunch of variables from tectonic activity to meteorites to sun activity, and we're within the context of that now, but now we have thrown a new variable in, and that is massive increases in the CO2 levels by man-made activity.

There is more to the dialogue between Hartmann and Gelbspan.

I encourage you to become "Premium" AAR member (you will get full on-line access to the podcast library for all AAR's shows) and download the podcast of the 3-20-07 Thom Hartmann Program. Listen to it, and share it with friends, family members and colleagues who have been suckered in by the swindle of "The Great Global Warming Swindle."