Hard Rain Journal 4-13-07: Imus is Offered as a Sacrificial Goat, Meanwhile the Bush-Cheney Stonewall Implodes -- It is Going to be a Long, Hot Summer 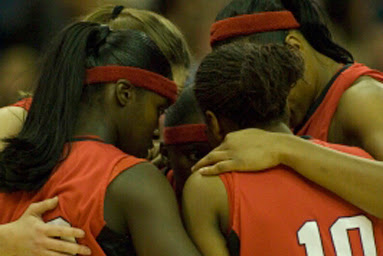 Hard Rain Journal 4-13-07: Imus is Offered as a Sacrificial Goat, Meanwhile the Bush-Cheney Stonewall Implodes -- It is Going to be a Long, Hot Summer

In the USA, the struggle for the future of the republic (i.e., whether it has one or not) is intensifying on several fronts.

The fall of Don Imus is significant.

First, it is just restitution for the strong, beautiful young women of the Rutgers basketball team.

Second, it sends a message of personal accountability to the mainstream media limelighters and Beltwayistan insiders who belonged to his mutual aggrandizement society (i.e., if Imus can fall suddenly and precipitously, for his foul mouth, which got him where he was, no one is safe).

Third, it increases awareness of the hateful and malicious speech of others, notably Glenn Beck and Ann Coulter; and it exposes the mainstream media's hypocrisy in refusing to tolerate Imus' random and non-ideological ugliness while promoting the calculated and ideological ugliness of Beck and others. (Shamelessly, both Beck and Coulter were brought on the air to discuss Imus' remarks, without being challenged on their own.)

"I applaud CBS for listening to reason and canceling Imus in the Morning. Viewers and listeners sent the clear message that they would no longer tolerate bigotry on America's airwaves," said David Brock, President and CEO of Media Matters for America, the organization first to post on Don Imus' racist comments of April 4th. "It is our hope that this incident will begin a broader conversation about the responsibility that news corporations, journalists, and media figures have to the American public. This is an opportunity for the media to truly raise the bar to a higher standard and return to the fundamentals of journalism."

Meanwhile, on the floor of the US Senate, Sen. Patrick Leahy (D-VT) made what could turn out to be a historic statement, concerning the White House's claim that e-mails might have been lost:

"They say they have not been preserved. I don't believe that!" Leahy shouted from the Senate floor as the dispute over the firing of federal prosecutors continued at a high pitch.
"You can't erase e-mails, not today. They've gone through too many servers," said Leahy, D-Vt. "Those e-mails are there; they just don't want to produce them. We'll subpoena them if necessary."
Later, Leahy and his committee's ranking Republican, Arlen Specter of Pennsylvania, said the White House and lawmakers should agree on an independent forensic expert to try to recover the messages. Forbes, 4-13-07

CREW's Melanie Sloan explains the significance of this twist in the sordid tale:

It’s clear that the White House has been willfully violating the law, the only question now is to what extent? The ever changing excuses offered by the administration – that they didn’t want to violate the Hatch Act, that staff wasn’t clear on the law – are patently ridiculous. Very convenient that embarrassing – and potentially incriminating – emails have gone missing. It’s the Nixon White House all over again. CREW, 4-12-07

The forensic trail into the valley of the "lost" e-mails could well lead to revelations concerning both the Plame and Abramoff scandals, and reactivate questions about corruption, abuse of power and obstruction of justice at the highest levels within the White House.

But unless Bush hits "the Trifecta" again (i.e., there is another 9/11), the DoJ purge scandal alone could prove enough to plunge the Bush-Cheney regime into political oblivion and leave it abandoned even by Senate Republicans. (The scandal is deepening daily, and on occasion, hourly.)

Of course, the US mainstream news media is downplaying the story of a Wisconson state official who was wrongfully imprisoned, based on a pre-election prosecution mounted by one of those US attorneys who was a "loyal Bushie":

An April 11 article in The Washington Post on the House Judiciary Committee's decision to subpoena hundreds of Justice Department documents related to the U.S. attorney firings noted that Sen. Russ Feingold (D-WI) has "joined other members in demanding records and additional information about a federal public corruption case" in Wisconsin. Regarding the case, the Post reported only that a federal appeals court in Chicago ordered a former state employee to be "released after overturning her conviction." The article did not report that Georgia Thompson -- who was not identified by name -- was convicted on charges brought by a Bush-appointed U.S. attorney just before the 2006 election, that Wisconsin Republicans used her conviction to attack Wisconsin Gov. Jim Doyle (D) during the campaign, that the U.S. Court of Appeals for the Seventh Circuit took the highly unusual action of ordering the defendant released during oral argument because of the lack of evidence to support the conviction, and that Feingold and five other senators have requested information about the case to investigate whether "politics may have played an inappropriate role" in the prosecution. National media bury Wisconsin story backing up charges that Bush has politicized U.S. attorney offices.

Three months or so ago, I told you the next six months would decide the fate of the republic. The stakes are getting very high, the water is getting very deep.

We are well on our way to a profound constitutional crisis over Iraq (i.e., how we got in and how we get out), the politicization of the Justice Department, and other issues.

It can't come soon enough for the US military, or the law enforcement and intelligence communities, or for the rule of law itself.