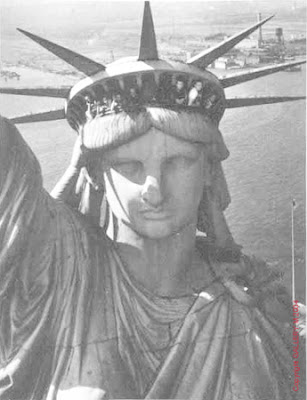 In the 21st Century, the human race as a whole faces a crisis unprecedented in all of its history. It is a crisis of security, sustainability and spirit.

The USA must decide whether it is going to be part of the solution, or part of the problem. It must chose whether to lead forward or turn backward.

Several economic security issues, including debt and the dark side of globalization, are central to this challenge; so are vital issues concerning the philosophy of governance and the future of the Commons.

Here two brief excerpts from a important talk given by the David M. Walker, Comptroller General of the United States, and head of the US General Accountability Office. The excerpt is followed by a link to the full text.

I urge you to read the excerpt, and then download and read the full text.

Please share it with other concerned citizens, and then take action to heed this courageous public servant's call for leadership from the street.

Transforming government and aligning it with modern needs is even more urgent because of our nation’s large and growing fiscal imbalance. Simply stated, America is on a path toward an explosion of debt. And that indebtedness threatens our country’s, our children’s, and our grandchildren’s futures. With the looming retirement of the baby boomers, spiraling health care costs, plummeting savings rates, and inreasing reliance on foreign lenders, we face unprecedented fiscal risks.
Long-range simulations from my agency are chilling. If we continue as we have, policymakers will eventually have to raise taxes dramatically and/or slash governmentservices the American people depend on and take for granted. Just pick a program—student loans, the interstate highway system, national parks, federal law enforcement, and even our armed forces.
Lately, I’ve been speaking out publicly about our nation’s worsening financial condition. Beginning in 2005, I started going on the road with a broad-based coalition that includes representatives from the Concord Coalition, the Brookings Institution, and the Heritage Foundation. We’re called the “Fiscal Wake-Up Tour” and so far we’ve made appearances in 25 cities and 21 states across the country. ...
America is a great nation, probably the greatest in history. But if we want to keep America great, we have to recognize reality and make needed changes. As I mentioned earlier, there are striking similarities between America’s current situation and that of another great power from the past: Rome. The Roman Empire lasted 1,000 years, but only about half that time as a republic. The Roman Republic fell for many reasons, but three reasons are worth remembering: declining moral values and political civility at home, an overconfident and overextended military in foreign lands, and fiscal irresponsibility by the central government. Sound familiar? In my view, it’s time to learn from history and take steps to ensure the American Republic is the first to stand the test of time.
Please don’t misunderstand my message today. Things are far from hopeless. Yes, it’s going to take some difficult choices on a range of issues. But I’m convinced America will rise to the challenge, just as we did during World War II and other difficult times.
What’s needed now is leadership. The kind of leadership that leads to meaningful and lasting change has to be bipartisan and broad-based. Character also counts. We need men and women with courage, integrity, and creativity. Leaders who can partner for progress and are committed to truly and properly discharging their stewardship responsibilities.
But leadership can’t just come from Capitol Hill or the White House. Leadership also needs to come from Main Street.

For the complete text of Transforming Government to Meet the Demands of the 21st Century, click here.