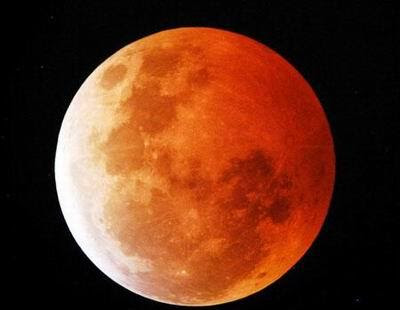 Do not be misled.

Gonzalez fled, just as Rove did.

It is over. They failed.

The night after the worst Attorney General in US history resigned in disgrace, the Cosmos offered up a blood-orange lunar eclipse. Eerie, and evocative, it glowed like a spectacular cave painting on the dark wall of the night sky.

Glimpsing the eclipse through the lush boughs of oaks and madrones, I felt it to be a portent of political doom, foretelling the end of the Bush-Cheney regime.

They have broken everything they touched, and they will leave behind a legacy of catastrophe and humiliation. But they have failed.

But if the Democratic Party leadership fails to finish them off, if the investigations are not pursued aggressively, if contempt of Congress charges are not pursued, if there is no withdrawal from Iraq, if the country is coerced into war with Iran, if somehow the Cult formerly known as the Republican Party succeeds in winning back the US Senate or installing any of the hollow men who are currently vying for its presidential nomination, if there is another 9/11, we could all find ourselves in a world of hurt beyond imagining.

Although Rove is gone, as dangerous as he is, and as destructive as he has been, there is someone even more dangerous, and even more destructive, still in power: VICE _resident Cheney.

Although Gonzalez is gone, as embarrassing as he is, and as toxic as his influence has been, there is someone even more embarrassing, and even more toxic, still in power: _resident Bush.

Politics is supposed to be the art of compromise. But that's business as usual, and this is the Bizarro World. We are on the other side of the looking glass. This struggle is the political equivalent of mortal combat; and it is not "them or us," it is "them or the Republic."

Probe Cheney directly -- on the invasion of Iraq, on the Halliburton no-bid contracts, on his office's interest in Justice Department investigations, on FISA and FOIA, etc., etc., etc.

There is an opportunity turn the page in the coming year and a half, but there is also a great danger that the book itself will be burned.

We will know a lot more about the state of the nation when we hear who Bush is going to propose, and whether or not the Democrats are willing to fight the wrong kind of nominee. If it is a Gates-like figure from GHW Bush's era, it will be a positve indicator; if it is shameless partisan like Ted Olson, or a war party fellow traveler (and torture booster) like Lieberman, it will be a bad sign.

Leader Reid, Speaker Pelosi, here are your own words --

"Alberto Gonzales was never the right man for this job. He lacked independence, he lacked judgment, and he lacked the spine to say no to Karl Rove. This resignation is not the end of the story. Congress must get to the bottom of this mess and follow the facts where they lead, into the White House." — Senate Majority Leader Harry Reid, D-Nev. Sen. Harry Reid (D-NV), Majority Leader of the US Senate

The resignation of Attorney General Gonzales is long overdue. The rampant politicization of federal law enforcement that occurred under his tenure seriously eroded public confidence in our justice system.
The President must now restore credibility to the office of the Attorney General. Given the serious loss of public trust and the disarray at the Department of Justice, the American people must have absolute confidence in the integrity of the next Attorney General as the nation’s chief law enforcement officer and as defender of our constitution independent of political influence. The President’s nominee must have the character and stature to command that confidence.
The nominee must also pledge to cooperate with ongoing congressional oversight into the conduct of the White House in the politicization of federal law enforcement. Hearings on the nominee will provide Congress with another opportunity to examine the new, flawed FISA law and will aid in our efforts to improve it. Rep. Nancy Pelosi (D-CA), Speaker of the House