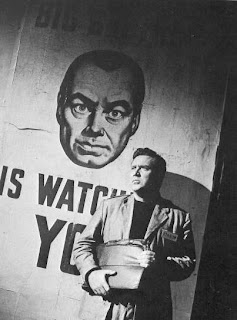 It is an iconic turning point and it will be remembered as the moment at which America either fought back or yielded. This violence against a student is different from violence against protesters in the anti-war movement of 30 years ago because of the power the president has now to imprison innocent U.S. citizens for months in isolation. And because, as I have explained elsewhere, we are not now in a situation in which 'the pendulum' can easily swing back. That taser was directed at the body of a young man, but it is we ourselves, and our Constitution, who received the full force of the shock. Naomi Wolf, A Shocking Moment for Society: Tasering at University of Florida, Huffington Post, 9-19-07

I would note that enchained student was busted in Alachua County, Florida, where, six years ago, I uncovered massive, systematic and utterly illegal disenfranchisement of Black voters - ordered by Gov. Jeb Bush's office just before the 2000 election. ("Florida's Disappeared Voters," February 2001, The Nation.) Alachua remains under federal scrutiny for its long history of racial bias against Black voters. Greg Palast, Student Tasered for Armed Madhouse Question to Kerry, Buzzflash, 9-18-07

If you give a damn, your name is Andrew Meyer, and you are under arrest.

I do not care who Meyer is, or what he thinks. I know what I saw with my own eyes.

During the question and answer period of public event on a major university campus in the USA, a student asked three questions of John Kerry, a powerful member of the U.S. Senate:

1. Why didn't you challenge the results of the 2004 election?

3. Are you a member of Skull and Bones?

Meyer was articulate. He did not use profanity or abusive language.

He only took a couple of minutes to frame his questions. He was challenging, but not confrontational.

Before he could get an answer, he was approached by campus police. His microphone was cut off.

He was dragged to the entrance of the auditorium, where he was forced to the ground, physically restrained and then tazered.

Why did the campus police approach him? Why did they cut off his microphone? Why was he forcibly removed from the auditorium?

They didn't like his questions. What other explanation is there?

Meyer was arrested for a thought crime.

The video is disturbing in several ways.

The aggressive over-reaction of the campus police is disturbing.

It is also disturbing to see most of the audience sit passively, staring straight ahead while this brutal incident unfolds in their presence, despite the young man's screaming,

But the most disturbing element is the way in which Kerry drones on, while a young many he had been conversing with is dragged away, screaming.

John Kerry did not defend the African American voters who stood in the cold dark rain to elect him President of the United States in 2004.

He did not even defend himself when he was swift-boated earlier on in 2004.

Hundreds of thousands of people have already seen this video on-line.

If you give a damn, your name is Andrew Meyer, and you are under arrest.

John Kerry has swift-boated himself (again).

The swift-boat ads run against him were lies.

But this sad truth is there on the Internet for all to see, just as his abandonment of the US electorate in 2004 is an historical fact that stands for all to see.

Here's the video, watch it for yourself, and then give Sen. Kerry a call, as Mal contends of the Daily Kos suggests: