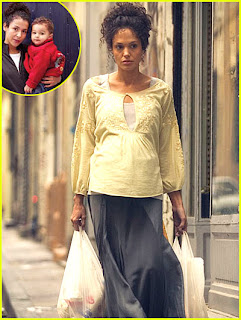 The entire political establishment should be pointing the finger at the _resident and the VICE _resident. Six years have passed since 9/11, and both Bin Laden and Zawahiri are still alive and calling for the slaughter of more innocents.

Instead of hunting them down, the Bush-Cheney national insecurity team strode into the trap of Iraq, and succeeded in isolating us and miring down our military.

The story that should be spun around the release of this video is Bush-Cheney's utter failure to bring these demented men to justice for their crime against humanity.

Now, on the eve of the great debate over what to do in Iraq, Bin Laden just happens to chide the Democratic Party for its weakness in opposition to the occupation in Iraq. When a liar tells a truth to make it seem a lie is it a truth or a lie?

He is misappropriating and distorting the truth of dissent for his evil purpose.

Is this why he has been allowed to avoid being captured or killed? To provide mind-twisting cover for his family's business associates in Beltwayistan?

Meanwhile, I draw your attention to a few heroes of the post-9/11 era:

The courageous and erudite activist, Mariane Pearl, wife of Danny Pearl, a real journalist who was beheaded because he was brave enough to walk the dangerous back streets of Karachi and ask hard questions about what Al Qaeda really is.

The widow of slain Wall Street Journal reporter Daniel Pearl filed a lawsuit on Wednesday against al Qaeda, other radical groups and Pakistan-based Habib Bank Ltd over the 2002 abduction, torture and murder of her husband. ...
"Plaintiffs seek to hold responsible those terrorists, terrorist organizations and the supporting charitable and banking organizations for the senseless kidnapping, torture and murder of Daniel Pearl," the suit said. ... Habib Bank Limited is one of Pakistan's biggest banks. Mariane Pearl sues al Qaeda over husband's killing, Reuters, 7-18-07

The brilliant and recently knighted writer, Sir Salman Rushdie, who writes, speaks and lives on from a truly global, 21st Century perspective, and in defiance of a death sentence issued by Moslem fanatics (Shia and Sunni alike).

The award of a knighthood to the author Salman Rushdie justifies suicide attacks, a Pakistani government minister said today. "This is an occasion for the 1.5 billion Muslims to look at the seriousness of this decision," Mohammed Ijaz ul-Haq, religious affairs minister, told the Pakistani parliament in Islamabad. "The west is accusing Muslims of extremism and terrorism. If someone exploded a bomb on his body he would be right to do so unless the British government apologises and withdraws the 'sir' title." ... David Batty and Peter Walker, Rushdie knighthood 'justifies suicide attacks', Guardian Unlimited, 6-18-07

The Chomsky-quoting, Nation-touting, US Army special forces warrior Pat Tillman, who sacrificed first his NFL career and then his life in pursuit of Bin Laden.

Friendly fire is commonly understood to mean the accidental death of a U. S. soldier through weapons fired by U.S. or allied troops. (See this definition.) The facts in the Tillman case make friendly fire highly unlikely. He died from three bullet holes grouped together in his forehead, fired from a M-16 that was no more than ten yards away.
Three bullet holes. In the forehead. From a M-16. That was ten yards away.
That's not "friendly fire." That's murder. ... "What doesn't make sense,'' (Rep) Waxman said, is that while there were hundreds of e-mails among 97 White House officials in the days after Tillman's death, there were none after the Pentagon announced he had been killed by friendly fire." Waxman has concluded, reasonably enough, that it's very likely there is still an ongoing and systematic White House attempt to hide the truth about Cpl. Tillman's death. RJ Eskow, The Truth About Pat Tillman: Murder Is Not "Friendly Fire", Alternet, 8-3-07

Hit them financially, as Mariane Pearl is doing.

Hit them culturally, as Salman Rushdie has done.

Hit them between the eyes, as Pat Tillman did, before he was taken out.

And get the world free of Middle Eastern oil (besides filling their coffers, it is destroying the climate, and it is going to run out soon anyway).

If the thousands of men and women of the US military who have died in the foolish military adventure in Iraq had died in the caves of Tora Bora, or in the tribal lands of Pakistan instead, they would have died for a "noble cause" -- i.e., ending the life of Bin Laden and Zawahiri.

To the Bush-Cheney national insecurity team, the Cult formerly known as the Republican Party, and the US mainstream news media, the Democratic leadership should say simply, bluntly, as I have written before -- bring me the head of Osama Bin Laden, or just shut up and hire yourselves lawyers for the Hague.