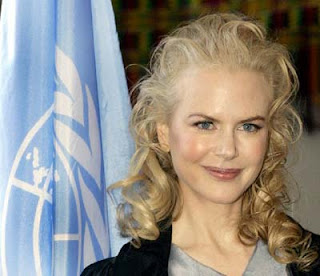 No, it is not a slow news cycle. Quite to the contrary, there are many breaking stories that deserve deeper analysis and comment.

But in the blogosphere, we have the freedom to range through space and time, without being limited by the commmercial demands of the current news cycle.

In this post, I draw your attention to the UNIFEM Annual Report for 2006-2007, released in July. It did not make the evening news, it did not make the print-based headlines. Unless you are involved in either faciliating or frustrating its work, you probably have not heard of UNIFEM, or read its latest account of its activities.

There is something very wrong in the collective pysche of the human race, the wrongness manifests as fascism (i.e., corporatism), totalitarianism, religious extremism, militarism, the rape of our natural resources, etc. In large part, it is due to the denial of the Divine Feminine, and the subsequent subjugation and exploitation of women in society. UNIFEM is one shining example of a powerful global trend to dismantle this edifice of dysfunction.

In the 21st Century, any sane man should be able to see the wisdom in embracing feminist political power. The more women that come to power and prominence, the better our odds of surviving the global crisis that is looming over all of us.

When an Eygptian woman faces gender-based discrimination, be it sexual harrassment in ment in the workplace or violence at home, she can now bring her complaint to the National Womem's Complaints Office. Here, a network of pro bono lawyers, trained by UNIFEM on women's human rights, stands ready to assist in preparing and filing her case.
The Women's Complaints Office is part of the National Council for Women, a strong UNIFEM partner. It is just one element in a region-wide, UNIFEM-supported push for womenʼs human rights in the Arab States. Particular emphasis is placed on changing the Personal Status and Family Laws, which often codify discrimination against women by placing them in a subordinate position to men in private and public life. The normative framework for these reforms is the Convention on the Elimination of All Forms of Discrimination Against Women (CEDAW), which has been ratified by 185 countries. UNIFEM helps these countries uphold their obligations, for example by supporting efforts to harmonize national legislation with the principles enshrined in the Convention.
Throughout the ongoing reform process, UNIFEM has helped to draft new laws, undertaken research to demonstrate the compatibility of Shariʼa law with CEDAW and pro-vided training to legal professionals. A symposium for Arab Women Parliamentarians on Personal Status Laws held in Amman, Jordan, provided an opportunity to exchange experiences and analyse challenges in bringing about change.
In Egypt, there is now a law giving women the right to unilateral divorce; a nationality law enabling them to confer citizenship on children of a non-national father; and a Family Insurance System Fund to ensure the enforcement of alimony payments. 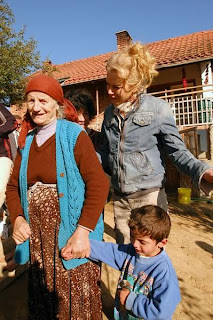 In Mysore, India, local residents used to trek five miles and wait two days to see a doctor at a private hospital. Since 2006, they have received medical treatment free of charge at the local government health centre. The driving force behind the much-needed clinic was a local representative, Pushpavalli. She applied the skills acquired at a UNIFEM-sponsored workshop on gender-responsive budgeting and convinced the municipal authorities to allocate resources for the facility.
Gender-responsive budgeting examines how the allocation of public resources benefits women and men respectively. It also analyses how men and women are taxed. The training attended by Pushpavalli is part of UNIFEMʼs work with governments and local organizations in four states of India to make elected representatives and civil servants aware of the advantages of including a gender perspective in the budget. In Mysore and other cities,this has led to regular meetings between local women, elected representatives and officials to ensure that womenʼs priorities are addressed in municipal budgets and plans. ... In 2006, UNIFEM worked in over 30 countries to increase the application of gender-responsive budget analyses ...

In a small community of Huehuetenango in Guatemala, women are weaving their way into the global economy. Members of handicraft cooperatives are learning how to more effectively run their small street stalls and market indigenous art to the burgeoning tourism industry.
UNIFEM supports local development agencies that provide these women with the training, credit and access to markets that they need to be successful entrepreneurs. Including communities in El Salvador, Honduras and Nicaragua, the aim is to ensure that women benefit from the economic transformation of Central America.
Although 60 per cent of small businesses in the region are run by women, UNIFEM-supported research shows that their growth is hindered by a lack of technology and trade opportunities, as well as exclusion from public policy.pal government and enhance official recognition. As a result, they were allocated significant public funds to grow their businesses and granted free transportation to facilitate their transactions.
UNIFEM is also working to influence institutions and policies at the national and regional level. It added momentum to the formation of a regional Council of Women's Affairs Ministers that has been endorsed by the Presidents of Central America, giving the Ministers greater leverage to position womenʼs rights and needs in the policies that will shape the regionʼs economic integration.