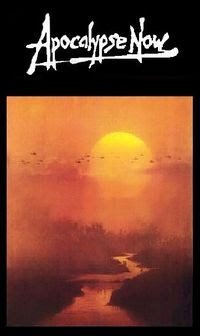 Seymour Hersh, The New Yorker’s Pulitzer-Prize winning investigative journalist, writes in a new article entitled “Shifting Targets” that there has been “a significant increase in the tempo of attack planning” for war with Iran inside the Bush administration. Most significantly, Hersh ... reports the administration has switched its rationale for war. The focus has shifted from a broad bombing attack against Iran’s nuclear facilities to “surgical” strikes again Revolutionary Guard Corps facilities ... On CNN’s Late Edition this morning, Hersh said the administration has adopted what it views as a rationale that can win over the public and international allies, while accomplishing its key objective of initiating a military conflict ... Think Progress, 9-30-07

Because it is not the illegality, the immorality, the geopolitical stupidity or even the cost of this foolish military adventure that has turned off many in the USA, it is the sense that "we are losing," and the USA isn't suppose to lose.

That's why the saber-rattling about Iran is so dangerous, it offers this significant percent of the US electorate a way to feel better, yes, we live in a kulchur (Ezra Pound's spelling) so de-sensitized and brutalized that bombing makes many of us feel better.

It does not matter that widening this foolish military adventure and going deeper into the Middle East is insanity. There is insanity all around us.

For example, faced with the sweeping and irrefutable evidence of global warming and its potentially catastrophic impact, neither the political establishment of Beltwayistan nor the mainstream news media are preparing the US electorate for a carbon freeze or a national drive to alternative energy resources. That denial is insanity too.

But perhaps the most astonishing twist of all is that these two disturbing breaks with reality are inextricably intertwined.

The only national security reason for the US to be involved in the Middle East is the flow of oil. Of course, that flow would be better secured by a 21st Century foreign policy instead of a thinly veiled 19th Century colonialism. But even more appropriate would be a mandated national retooling of our energy sector, because not only would it allow us (and by extension our allies who would follow suite) to be free of Exxon executives and Saudi sheiks, it would also address the far more sweeping and civilization-threatening problem of global warming.

Three important pieces on the coming crisis over Iran have recently been published.

All of three pieces highlight the views of experts who were dead-on concerning Iraq, and deserve to be heard and heeded. Of course, none of these pieces originated in the US mainstream news media (although Hersh's related story in the New Yorker, just got him on CNN's Late Edition).

The first is a Der Spiegel interview with Seymour Hersh, in which he puts the threat from Iran's nuclear program in perspective: The IAEA has been saying all along that they've been making progress but basically, Iran is nowhere. Of course the US and Israel are going to say you have to look at the worst case scenario, but there isn't enough evidence to justify a bombing raid.

The second is a Truthdig Op-Ed from Scott Ritter, in which he urges those engaged in trying to end the occupation in Iraq to re-prioritize on thwarting war with Iran: Sadly, there really is no alternative for the antiwar movement: Put opposition to the war in Iraq on the back burner and make preventing a war with Iran the No. 1 priority, at least until the national election cycle kicks in during the summer of 2008. If a war with Iran hasn’t happened by then, it probably won’t.

The third is an open letter to the Iranians from Gary Hart, in which he warns of another Gulf of Tonkin, some jerry-rigged tripwire for war: Presuming that you are not actually ignorant enough to desire war with the United States, you might be well advised to read the history of the sinking of the U.S.S. Maine in Havana harbor in 1898 and the history of the Gulf of Tonkin in 1964. Having done so, you will surely recognize that Americans are reluctant to go to war unless attacked. Until Pearl Harbor, we were even reluctant to get involved in World War II. For historians of American wars the question is whether we provoke provocations.

Here are further excerpts with links to the full texts:

SPIEGEL ONLINE: Iranian President Mahmoud Ahmadinejad was just in New York for the United Nations General Assembly. Once again, he said that he is only interested in civilian nuclear power instead of atomic weapons. How much does the West really know about the nuclear program in Iran?
Seymour Hersh: A lot. And it's been underestimated how much the International Atomic Energy Agency (IAEA) knows. If you follow what (IAEA head Mohamed) ElBaradei Interview with Seymour Hersh, Der Spiegel, 9-28-07

Here’s the danger: While the antiwar movement focuses its limited resources on trying to leverage real congressional opposition to the war in Iraq, which simply will not happen before the 2008 election, the Bush administration and its Democratic opponents will outflank the antiwar movement on the issue of Iran, pushing forward an aggressive agenda in the face of light or nonexistent opposition.
Of the two problems (the reality of Iraq, the potential of Iran), Iran is by far the more important. The war in Iraq isn’t going to expand tenfold overnight. By simply doing nothing, the Democrats can rest assured that Bush’s bad policy will simply keep failing. War with Iran, on the other hand, can still be prevented. We are talking about the potential for conflict at this time, not the reality of war. But time is not on the side of peace. ... We all should remember the fall of 2002. Many felt that there was no chance for a war with Iraq, especially once U.N. inspectors made their return. In March 2003, everyone who thought so was proved wrong. The fall of 2007 is no different. There is a sense of complacency when one speaks of the potential for a war with Iran. But time is not on the side of those who oppose conflict. If nothing is done to change the political situation inside America regarding Iran, there is an all too real possibility for a war to break out in the spring of 2008.
Sadly, there really is no alternative for the antiwar movement: Put opposition to the war in Iraq on the back burner and make preventing a war with Iran the No. 1 priority, at least until the national election cycle kicks in during the summer of 2008. If a war with Iran hasn’t happened by then, it probably won’t. And the national debate on Iraq won’t be engaged until that time, anyway. A war with Iran would make the current conflict in Iraq pale by comparison, and would detrimentally impact the whole of America, not just certain demographics. As such, it is critical that we all put aside our ideological and political differences and focus on the one issue which, if left unheeded, will have devastating consequences for the immediate future of us all: Prevent a future war with Iran. Scott Ritter, Iraq will have to Wait, Truthdig, 9-27-07

Presuming that you are not actually ignorant enough to desire war with the United States, you might be well advised to read the history of the sinking of the U.S.S. Maine in Havana harbor in 1898 and the history of the Gulf of Tonkin in 1964.
Having done so, you will surely recognize that Americans are reluctant to go to war unless attacked. Until Pearl Harbor, we were even reluctant to get involved in World War II. For historians of American wars the question is whether we provoke provocations.
Given the unilateral U.S. invasion of Iraq in 2003, you are obviously thinking the rules have changed. Provocation is no longer required to take America to war. But even in this instance, we were led to believe that the mass murderer of American civilians, Osama bin Laden, was lurking, literally or figuratively, in the vicinity of Baghdad.
Given all this, you would probably be well advised to keep your forces, including clandestine forces, as far away from the Iraqi border as you can. You might even consider bringing in some neighbors to verify that you are not shipping arms next door. Tone down the rhetoric on Zionism. You've established your credentials with those in your world who thrive on that.
If it makes you feel powerful to hurl accusations at the American eagle, have at it. Sticks and stones, etc. But, for the next sixteen months or so, you should not only not take provocative actions, you should not seem to be doing so. Gary Hart, Unsolicited Advice to the Government of Iran, Huffington Post, 9-26-07