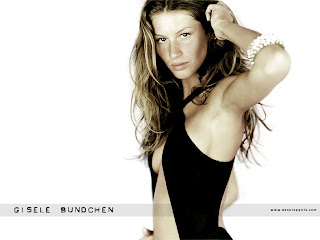 Perhaps you wondered why Words of Power recently ran the Bloomberg story about Gisele Bündchen dumping the dollar for the Euro?

What do Brazilian supermodel Gisele Bündchen and the People's Republic of China have in common? The answer, as of last week, is that both distrust the dollar. 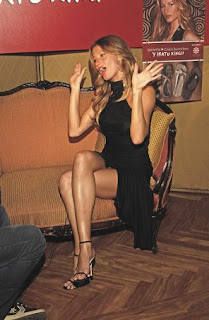 Patricia Bündchen, the twin sister and manager of the world's top model, announced that Gisele now prefers to be paid in euros rather than dollars. Almost simultaneously, the Chinese central bank predicted that the dollar is likely to lose its status as the world's leading currency.

One could easily overlook a supermodel's currency preferences, but China is a different story. It's the beast breathing down America's neck. The most important country in the world for the United States isn't Great Britain, Germany, Saudi Arabia, Russia or Iraq. China holds that dubious distinction, because it is also the country the US can least do without. ...

The Chinese have looked on with great patience as their best customer has gradually lost its ability to supply goods. But the men in power in Beijing cannot be indifferent to the dollar's decline. It devalues their central bank's dollar reserves, the monetary embodiment of some of the fruits of China's export machine. For the United States, a Chinese decision to abandon the dollar would be tantamount to Pearl Harbor without the war. ....

Within a single generation, the world's biggest lender has become its biggest borrower, a circumstance the United States has made no serious attempts to change. And what has been Washington's standard take on the shift? The dollar is our currency, but it's your problem.