Hard Rain Journal 11-24-07: Bittersweet Victory in Australia as Tragic Defeat Looms in Afghanistan, A Message for the Democratic Party 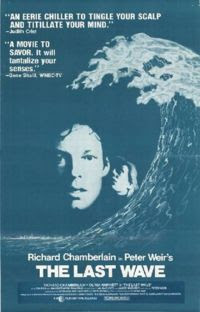 Hard Rain Journal 11-24-07: Bittersweet Victory in Australia as Defeat & Humanitarian Crisis Deepen in Afghanistan, A Message for the Democratic Party

in the weeks after 9/11, I happened to be in Perth to give a security briefing to corporate executives and government officials on the same day that the Australians shipped off for Afghanistan.

John Howard and I stayed at the same hotel.

It was a sad, poignant but purposeful atmosphere. They were going to Afghanistan, for better and worse, to take out Al Qaeda and the Taliban.

But then the Bush-Cheney regime misled the USA into its foolish military adventure in Iraq, and John Howard misled Australia into tagging along. (That opened the gates of hell, as Tony Zinni had warned it would.)

Finally, the Australians have rid themselves of that silly little man:

Conservative Prime Minister John Howard suffered a humiliating defeat Saturday at the hands of the left-leaning opposition, whose leader has promised to immediately sign the Kyoto Protocol on global warming and withdraw Australia's combat troops from Iraq.
Labor Party head Kevin Rudd's pledges on global warming and Iraq move Australia sharply away from policies that had made Howard one of President Bush's staunchest allies.
Rudd has named global warming as his top priority, and his signing of the Kyoto Protocol will leave the U.S. as the only industrialized country not to have joined it. Rohan Sullivan, Associated Press, 11-24-07

It is bitterly ironic that Howard's "humiliating defeat" should share the headlines with reports of a dire turn for the worse in Afghanistan:

More than half of Afghanistan is back under Taliban control and the Nato force in the country needs to be doubled in size to cope with the resurgent group, a report by the Senlis Council think-tank says. A study by the group found that the Taliban, enriched by illicit profits from the country's record poppy harvest, had formed de-facto governments in swathes of the southern Pashtun belt. ...
Yesterday's Senlis dossier coincided with an Oxfam report saying that Afghanistan is facing a humanitarian crisis in which millions face "severe hardship comparable with sub-Saharan Africa". It highlights the fact that US spending on aid in the country, $4.4bn since 2002, was only a fraction of its military expenditure of $35bn in 2007 alone. ...
Meanwhile, Louise Arbour, the United Nations High Commissioner for Human Rights, said civilian casualties caused by military action has reached "alarming levels" this year. "These not only breach international law but are eroding support among the Afghan community for the government and international military presence, as well as public support in contributing states for continued engagement in Afghanistan," she said.
The Senlis report, while accepting that "collateral damage"' has led to alienation among the population, maintains that the Nato force needs to be doubled in size, from 40,000 to 80,000, and some contributing nations should remove caveats which prevent their troops from taking part in frontline duties. It also urged Nato to invite Muslim countries to contribute to the Afghan force. Kim Sengupta, Independent, 11-22-07

Hopefully, in 2008, the USA will throw off its tragic dalliance with the neo-cons; and there could be not better, simpler, more direct message to run against them on than Rudd's -- i.e., "to immediately sign the Kyoto Protocol on global warming and withdraw Australia's combat troops from Iraq."

But will the Democratic Party choose a candidate with that kind of courage?