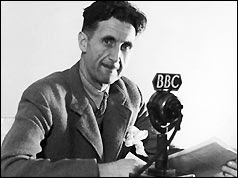 Global Press Freedom Update: Chinese Tighten Screws on Press in Preparation for 2008 Summer Olympics in Beijing; Take A Look At Your Future

The world's governments and corporations are preparing for the 2008 Summer Olympics in Beijing, it is intended, as always, to be a global feel good moment, with strong, attractive young athletes draped in their national flags parading against a backdrop of corporate icons.

But, of course, for those journalists who want to punch through the happy facade and report on the economic and environmental realities of life in China, or put the Beijing Games in some human rights context, e.g., the ongoing genocide in Darfur, the brutal oppression in Burma or the continued occupation of Tibet, it will not be much of a party.

And remember, if you are a US citizen, when you read about what is happening in China, i.e., shameless, unrestrained capitalism in a one-party authoritarian state, you may be looking at your future, albeit with a few cosmetic modifications.

Today, in China, "fake journalist" is a label slapped on any independent reporter who threatens the image that the government wants to project; today, in the USA, "fake journalist" still means the Jeff Gannon Guckhert, Armstrong Williams, phoney FEMA press conferences and "video news releases" broadcast as actual news media reports, but sooner than later, it could come to mean citizen journalists of the alternative media. (If you doubt me, take another look at this chart from Media Channel.)

Reporters Without Borders today condemned recent decisions by the Chinese authorities to create files on foreign journalists, reinforce Olympic Games propaganda efforts and reject any possibility of increased access for foreign news agencies to the Chinese market. ...
The Hong Kong-based South China Morning Post reported that the Propaganda Department last week sent a directive to the leading Chinese news media asking them to avoid publishing negative stories on matters affecting the games such as air pollution, a dispute over Taiwan’s inclusion in the Olympic torch relay, and public health issues.
The government newspaper China Daily meanwhile reported that the authorities, in particular the General Administration of Press and Publications (GAPP) was compiling files on the approximately 30,000 journalists expected to get accreditation for the games.
The official reason given was the need to identify “fake journalists” and to help Chinese officials respond to interview requests. But the government has not said what kind of information will be gathered. The GAPP has been campaigning against “fake journalists,” accusing them of being a “threat to society,” and Liu Binjie, the minister in charge of the GAPP, has promised they will be severely punished. ...
Finally, the authorities have refused to relax the regulations on foreign news agencies operating inside the country. In response to questions by the European Union, Canada, Japan and the United States before the Word Trade Organisation, China said yesterday that it had not signed any provision requiring it to open up the business news market.
When the government reinforced the state news agency Xinhua’s control over the distribution of foreign news agency content in China in September 2006, Reporters Without Borders described Xinhua as a predator of free enterprise and the freedom to report the news. Reporters Without Borders, 11-13-07

Hard Rain Journal 6-29-06: What are the Global Implications of Neo-Totalitarianism in both US and China? Will The New York Times Fight for Freedom?