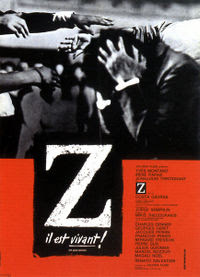 There are significant stories related to Darfur, Global Warming, the UN Millennium Goals, etc. that cry out for coverage, and I will return to writing about these profound challenges next week, but first...

Like the three blind mice, ABC, CBS and NBC continue to look away from the truth. Four blind mice counting CNN, and arguably five counting PBS. (Of course, Faux News is not one of the mice. It is a big, vicious sewer rat.)

At the recent 2007 National Conference of Media Reform in Memphis, Bill Moyers, one of the heroes of this detour into national denial and despair, said: “It is clear what we have to do. We have to tell the story ourselves.”

Here is another compelling example of why.

The Haaretz report of secret negotiations between Israel and Syria from 2004 to 2006.

The BBC report that according to another hero of this dark period, Lt. Col. Lawrence Wilkerson (US Army, retired), Vice-President Dick Cheney deep-sixed a potential peace agreement with the Iranians in 2003.

Just prior to posting, I reviewed the CBS, NBC, ABC and CNN web sites, and none of these three stories were anywhere to be seen.

These three stories are developing, and in a healthy democratic society with an independent news media, they would be blockbuster stories:

Did the Bush-Cheney national insecurity team, and its neo-con allies in the Israeli right-wing, spurn regional peace for the sake of their PNAC wet dream of hegemony?

Is the Bush-Cheney regime's unprecedented purge of US DoJ prosecutors (enabled by an obscure provision in the so-called PATRIOT Act) the most ruthless, blatant and sweeping obstruction of justice in US history?

Iran offered the US a package of concessions in 2003, but it was rejected, a senior former US official has told the BBC's Newsnight programme.
Tehran proposed ending support for Lebanese and Palestinian militant groups and helping to stabilise Iraq following the US-led invasion.
Offers, including making its nuclear programme more transparent, were conditional on the US ending hostility.
But Vice-President Dick Cheney's office rejected the plan, the official said.
The offers came in a letter, seen by Newsnight, which was unsigned but which the US state department apparently believed to have been approved by the highest authorities.
In return for its concessions, Tehran asked Washington to end its hostility, to end sanctions, and to disband the Iranian rebel group the Mujahedeen-e-Khalq and repatriate its members....
One of the then Secretary of State Colin Powell's top aides told the BBC the state department was keen on the plan - but was over-ruled.
"We thought it was a very propitious moment to do that," Lawrence Wilkerson told Newsnight.
"But as soon as it got to the White House, and as soon as it got to the Vice-President's office, the old mantra of 'We don't talk to evil'... reasserted itself."
BBC, Washington 'snubbed Iran offer,' 1-18-07

In a series of secret meetings in Europe between September 2004 and July 2006, Syrians and Israelis formulated understandings for a peace agreement between Israel and Syria.   The main points of the understandings are as follows:
An agreement of principles will be signed between the two countries, and following the fulfillment of all commitments, a peace agreement will be signed.
As part of the agreement on principles, Israel will withdraw from the Golan Heights to the lines of 4 June, 1967. The timetable for the withdrawal remained open: Syria demanded the pullout be carried out over a five-year period, while Israel asked for the withdrawal to be spread out over 15 years.
At the buffer zone, along Lake Kinneret, a park will be set up for joint use by Israelis and Syrians. The park will cover a significant portion of the Golan Heights. Israelis will be free to access the park and their presence will not be dependent on Syrian approval.
Israel will retain control over the use of the waters of the Jordan River and Lake Kinneret.
The border area will be demilitarized along a 1:4 ratio (in terms of territory) in Israel's favor.
According to the terms, Syria will also agree to end its support for Hezbollah and Hamas and will distance itself from Iran. ...Akiva Eldar, Israeli, Syrian representatives reach secret understandings, 1-16-07

In Senate testimony yesterday, Attorney General Alberto Gonzales refused to say how many other attorneys have been asked to resign, calling it a “personnel matter.”
In case you’re wondering, such a wholesale firing of prosecutors midway through an administration isn’t normal. U.S. attorneys, The Wall Street Journal recently pointed out, “typically are appointed at the beginning of a new president’s term, and serve throughout that term.” Why, then, are prosecutors that the Bush administration itself appointed suddenly being pushed out?
The likely answer is that for the first time the administration is really worried about where corruption investigations might lead....
Now, however, the investigations are closing in on the Oval Office. The latest news is that J. Steven Griles, the former deputy secretary of the Interior Department and the poster child for the administration’s systematic policy of putting foxes in charge of henhouses, is finally facing possible indictment.
And the purge of U.S. attorneys looks like a pre-emptive strike against the gathering forces of justice....
The broader context is this: defeat in the midterm elections hasn’t led the Bush administration to scale back its imperial view of presidential power.
On the contrary, now that President Bush can no longer count on Congress to do his bidding, he’s more determined than ever to claim essentially unlimited authority....
The next two years, in other words, are going to be a rolling constitutional crisis. PAUL KRUGMAN: Surging and Purging, New York Times, 1-19-07 via Pottersville