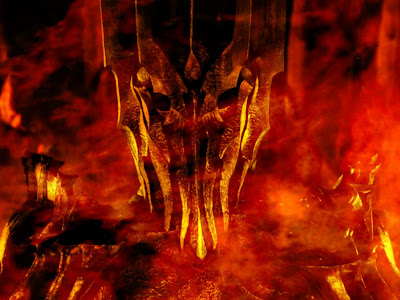 Question: What is the connection between a possible American attack on Iran and the perjury trial of I. Lewis Libby?
Answer: Vice President Dick Cheney.
Wariness over a potential American attack on Iran has been on the rise for months...Though his policy initiatives are greeted with failure after failure, though the poll numbers continue to wither, Cheney and the remaining true-believers continue to slog onward, dragging all of us deeper into the morass. Should the trial of Libby present a definitive threat to the political standing and power of Dick Cheney, all bets may be off regarding Iran. We will be faced with the possibility that an attack may be ordered for no better reason than to redirect attention and change the subject. An attack on Iran would be calamitous on many levels....These days, all the thinking and management is being done by Dick Cheney, and if this Libby trial comes to pose a danger to his standing, all the sober analysis by policy experts may turn to dust. Nothing is more dangerous, after all, than a cornered animal. William Rivers Pitt, A Cornered Animal, Truthout, 1-26-07

Like corpses freed from their cement shoes, new revelations about VICE _resident Cheney's abominable behaviour have begun to bob to the surface of the Potomac. (Well, the revelations are new to the US mainstream press, not to the blogosphere or progressive talk radio.)

Did you see Wolf Bluster (no, that's not a typo) interview VICE _resident Cheney?

Ever since I watched the meltdown courtesy of Crooks and Liars and You Tube (I don't own a TV), I have been hearing "All Along the Watchtower" in my head: "So let us not talk falsely now, the hour is getting late."

In Hard Rain Journal 1-19-07: The Hard Rain Falls Between PNAC and the PATRIOT Act, but the US News Media Sees, Hears, Speaks No Evil, I wrote you concerning Cheney's squashing of a diplomatic opening from the Iranians in 2003; and now, as Sen. Jay Rockefeller (D-WV) takes charge of the Senate Intelligence Committee and US DoJ prosecutor Patrick Fitzgerald presses his attack in the Libby trial, I am compelled to write you again.

Did Cheney drive the White House conspiracy in the Plame affair and the subsequent coverup, thereby betraying the US government's sacred trust with its secret agents?

Did Cheney drive the White House effort to shutdown Phase II of the Senate Intelligence Committee's inquiry into the lies used to justify the invasion and occupation of Iraq?

The evidence already available as open source is damning.

How much more evidence of Cheney's wrong-doing waits in the secret "Energy Task Force" papers?

And remember, it was Cheney who was in charge on 9/11, while Bush stared off into space, clutching "My Pet Goat."

Remember, too, it was Cheney who threatened Sen. Paul Wellstone (D-MN).

And, of course, there is the Halliburton connection.

Should VICE _resident Cheney should be the direct target of Congressional investigation?

Vice President Dick Cheney exerted "constant" pressure on the Republican former chairman of the Senate Intelligence Committee to stall an investigation into the Bush administration's use of flawed intelligence on Iraq, the panel's Democratic chairman charged Thursday....Rockefeller said that it was "not hearsay" that Cheney, a leading proponent of invading Iraq, pushed Sen. Pat Roberts, R-Kan., to drag out the probe of the administration's use of prewar intelligence.
"It was just constant," Rockefeller said of Cheney's alleged interference. He added that he knew that the vice president attended regular policy meetings in which he conveyed White House directions to Republican staffers.
Republicans "just had to go along with the administration," he said....
Rockefeller said it was important to complete the Phase II inquiry.
"The looking backward creates tension, but it's necessary tension because the administration needs to be held accountable and the country . . . needs to know," he said. McClatchy Newspapers, 1-12-07

Memo to Tim Russert: Dick Cheney thinks he controls you.
This delicious morsel about the "Meet the Press" host and the vice president was part of the extensive dish Cathie Martin served up yesterday when the former Cheney communications director took the stand in the perjury trial of former Cheney chief of staff I. Lewis "Scooter" Libby.
Flashed on the courtroom computer screens were her notes from 2004 about how Cheney could respond to allegations that the Bush administration had played fast and loose with evidence of Iraq's nuclear ambitions. Option 1: "MTP-VP," she wrote, then listed the pros and cons of a vice presidential appearance on the Sunday show. Under "pro," she wrote: "control message."
"I suggested we put the vice president on 'Meet the Press,' which was a tactic we often used," Martin testified. "It's our best format."
Dana Millbank, Washington Post, 1-26-07

The motivations for an Iran strike were laid out as far back as 1992. In classified defense planning guidance – written for then-Secretary of Defense Dick Cheney by then-Pentagon staffers I. Lewis "Scooter" Libby, World Bank Chief Paul Wolfowitz, and ambassador-nominee to the United Nations Zalmay Khalilzad – Cheney’s aides called for the United States to assume the position of lone superpower and act preemptively to prevent the emergence of even regional competitors. The draft document was leaked to the New York Times and the Washington Post and caused an uproar among Democrats and many in George H. W. Bush’s Administration.
In September 2000, the Project for the New American Century (PNAC) issued a report titled “Rebuilding America's Defenses,” which espoused similar positions to the 1992 draft and became the basis for the Bush-Cheney Administration's foreign policy. Libby and Wolfowitz were among the participants in this new report; Cheney, former Defense Secretary Donald Rumsfeld and other prominent figures in the Bush administration were PNAC members....
By setting up the Iranian Directorate within the Pentagon and running covert operations through the military rather than the CIA, the administration was able to avoid both Congressional oversight and interference from then-Director of National Intelligence John Negroponte, who has been vocally skeptical about using force against Iran. The White House also successfully stalled the release of a fresh National Intelligence Estimate on Iran, which could reflect the CIA's conclusion that there is no evidence of an Iranian nuclear weapons program.Raw Story, 1-23-07

Vice President Dick Cheney has bullied federal agencies and given absurd advice about the nation's risk and Iraq, Walter Mondale said today, adding that never would have been tolerated when Mondale was vice president.
"I think that Cheney has stepped way over the line," Mondale said at the opening of a three-day conference about former President Jimmy Carter at the University of Georgia.
Mondale, who served under Carter, said Cheney and his assistants pressured federal agencies as they prepared information for President Bush.
"I think Cheney's been at the center of cooking up farcical estimates of national risks, weapons of mass destruction and the 9/11 connection to Iraq," he said.
That does not serve the president, because he needs facts, Mondale said.
"If I had done as vice president what this vice president has done, Carter would have thrown me out of there," Mondale said. "I don't think he could have tolerated a vice president over there pressuring and pushing other agencies, ordering up different 9 than they wanted to send us. I don't think he would have stood for it. (Associated Press, 1-19-07)