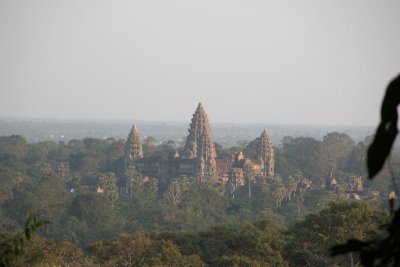 In the 21st Century, real energy security can only be achieved through the cultivation of green power and sustainability.

In the 21st Century, the impact of the human footprint threatens the global environment upon which all life depends.

In Burma, human rights activists known as the 88-Generation Students have launched a letter writing campaign called "Open Heart" to protest the oppressive regime. Many thousands of courageous Burmese have written letters and signed their names. (IPS, 1-8-07)

On the Mekong River, Towards Ecological Recovery and Regional Alliance (TERRA) and other environmental activist groups are struggling against turning the Mekong into an oil-shipping route for the Chinese. This plan is one of two Chinese energy projects that threaten the region. The other is a pipeline, which is going to cut through the heart of Burma. (IPS, 1-5-07)

An oil spill along the Mekong could bring devastation to many millions who live on its banks and rely on it for food and income.

Pumping natural gas from Burma to China will only strengthen the thugs who rule Rangoon.

Meanwhile, in Cambodia, thirty years after the killing of at least 1.7 million people, a tribunal to prosecute crimes against humanity is finally gettting underway. (Der Spiegal, 1-4-07)

What meaning does it have now?

There are some serious questions about whether or not justice will be well-served.

But at the very least, the proceedings will remind the human race, once again, of its failure to thwart even the most eggregious wrongs.

Here are brief excerpts with links to the full text of these three stories:

A letter-writing campaign, launched in the first week of the new year, saw tens of thousands of people in and around Rangoon seeking the special envelopes and sheets of paper meant for this drive, say the organisers, a highly respected group of former university students, known as the ‘88-Generation Students'....The month-long letter-writing drive, known as the ‘Open Heart' campaign, is the latest effort by the 88-Generation to ‘'raise the people's voices,'' Naing Aung explained in an interview. ‘'It is a peaceful way of expressing the public's views, because protests are banned, the media is censored, and there are no elections.'' Yet this effort, where the people are encouraged to directly address Burma's strongman, Than Shwe, with the problems they face, comes with a high personal risk, including a jail term, if it provokes the ire of the junta. The State Peace and Development Council (SPDC), as the junta is officially known, currently holds over 1,100 people in jails for expressing their thoughts on a range of subjects. These political prisoners include opposition parliamentarians, Buddhist monks, journalists, writers, students and political activists. The 88-Generation, who derive their name from being the students who led a pro-democracy protest in 1988, which was brutally crushed by the military regime, mounted this effort on the success of three other campaigns conducted last year....BURMA: Marwaan Macan-Markar, Defiant Public Blitzes Junta with Letters, Inter Press Service, 1-8-07

As energy hungry China turns the ecologically fragile Mekong river into an oil-shipping route, green activists and environmentalists in South-east Asia worry that spillages could destroy the livelihoods of millions of people residing along the lower reaches of the region's largest waterway....‘'The whole deal was done in secrecy with no information released to the public or attempt to get the people's views, especially those living along the Mekong River,'' says Premrudee Daoroung, co-director of the Towards Ecological Recovery and Regional Alliance (TERRA) that is based in the Thai capital.... Fears of a possible oil spill have been fed by what environmentalists have noticed since ships began plying the Chiang Rai-Yunnan route....‘'A spill will destroy the river's eco-system.''
The 4,880 km-long Mekong River begins its journey in the Tibetan plateau, travelling through Yunnan, flows along the borders of Burma, Thailand and Laos before it snakes through Cambodia and Vietnam, where it flows out into the South China Sea. An estimated 60 million people who live along the Mekong's banks from Burma southwards depend on it for food, water and transport....China's oil route along the Mekong River is one of two plans it unveiled in this region in its bid to avoid the Malacca Straits. Last April, Beijing inked a deal with Rangoon to build an oil pipeline linking Burma's deep-water port of Sittwe to Kunming, Yunnan's capital.
The planned pipeline has alarmed Burmese human rights and environmental groups for multiple reasons: the financial windfall that will help to prop up Rangoon's oppressive military regime, the environmental damage the pipeline would cause and the human rights violations that it would leave in its wake.
‘'This pipeline will cut through the centre of Burma. There will be a lot of forced relocation and forced labour, because the route goes through heavily populated areas,'' says Wong Aung, spokesman for the Shwe Gas Movement, a group fighting for the rights of the Arakan community in Burma, the region where Sittwe is located.
Marwaan-Macan-Markar, ENVIRONMENT-ASIA: China Turns Mekong Into Oil-Shipping Route, Inter Press Service, 1-5-07

Finally, in early 2007, after years of difficult talks between the government of Hun Sen and the United Nations, the last survivors from the so-called "Democratic Kampuchea," the regime of the communist mass murderer Pol Pot, will stand before an international court in Phnom Penh. For a quarter century, state prosecutors have been sifting through trial documents, and now they want to take depositions from the first witnesses.
The crimes committed were monstrous. Almost half of Cambodia's population of 7 million died in Pol Pot's barbaric attempt to turn his country into the ultimate communist society, says Prime Minister Hun Sen....
The tribunal will begin its work at the start of this year. The trial is likely to take years, and it must be limited to handling human rights violations committed during the period of the Pol Pot dictatorship between April 17, 1975, and Jan. 6, 1979.
Most Khmer Rouge leaders have already been pardoned; others have reached high positions in Cambodia's current government. The contract between the UN and Hun Sen's Cambodian People's Party determines who can be charged...
Claudia Fenz, 48, is one of 13 international judges and attorneys who will sit on the 30-member court. The Viennese attorney is no longer sure whether the case is more about justice or politics. Cambodian judges can overrule their UN colleagues at all levels of jurisdiction....
"This court will never bring justice," says Youk Chhang, 46. He's a kind of Cambodian Simon Wiesenthal. If he and his documentation center had not sought written documents on the mass murder, and if they hadn't preserved eyewitness testimony about the horrors, the tribunal would not have been established.
Pol Pot's minions murdered many members of Chhang's large extended family. They slit his older sister's belly open -- before her children's eyes -- after she was accused in the work camp of stealing rice....
Jürgen Kremb, THE GUARDIANS OF HELL: Cambodia Prepares for Khmer Rouge Tribunal, Der Spiegel, 1-4-07