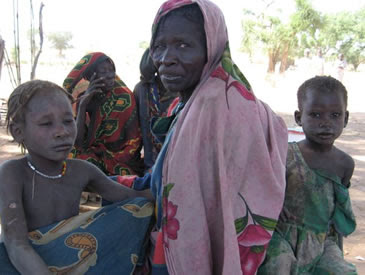 "The arc of the moral universe is long," Dr. Martin Luther King, Jr. promised, "but it bends towards justice."

As a youth, huddled up to my small transistor radio, I heard Dr. King utter those words. I have never forgotten them. And sadly, as the years have gone by there have been more and more reasons to repeat them to myself and others.

In Cambodia, for example, justice has been a long time coming.

Hundreds of Cambodians - many of whom lost relatives to Pol Pot's henchmen - queued for hours in the tropical sun to gain entry to the special court's chamber to catch their first glimpse of Duch in the flesh, or on the live video feed to the main courtroom.
The first hearing of the war crimes tribunal gives millions hope that the Khmer Rouge's senior leaders will finally face justice and provide answers as to why "Cambodians killed Cambodians".
In the tribunal's so-called "pre-trial chamber" Duch was watched by a handful of journalists and members of the public. The atmosphere crackled as everyone craned to see the former maths teacher, who was in charge of a prison where 14,000 men, women and children died. Ian MacKinnon, Guardian, 11-21-07

In Bosnia too, there has been excruciating delay in responding to abominable deeds.

Mia Farrow writes, "I am in Srebrenica-the site of genocide-the massacre of 10,000 men and boys on July 11, 1995. With "The Mothers of Srebrenica" I walked through the gravesite. Many of the mothers are still searching for any part of their sons' remains. Theirs is an agony without end. The perpetrators, Serbs, are walking around free -- they have not been prosecuted.
A Dutch battalion of United Nations Peacekeepers simply turned all men and boys between the ages of 12 and 60 over to their murderers -- with the full knowledge that they would be slaughtered.
I just visited the barracks of the UN force. The walls are full of disgusting racist grafitti, including a swastika. Sickening. I hadn't known." www.miafarrow.org, 12-5-07

If the human race is to survive, the UN and related institutions must be strengthened and freed from vested interests.

Furthermore, the nations that take the lead in carrying out the UN's will should uplift the psyches of their own populaces (in particular their military professionals) through awareness and education campaigns; so that in the coming years, UN forces will not abandon the defenseless, and so that what is written on their barrack walls will cause you to weep with joy rather than despair.

As far away as this kind of enlightened approach may seem, it is possible in our lifetime; and, of course, it is also critical that it come in our lifetime. There is no acceptable alternative. The human race can and must collectively realize oneness within itself and with all the rest of the the life of this planet; otherwise, we risk physical extinction, or worse, spiritual death.

The International Criminal Court (ICC) is an important step forward. It was established in 2002 to prosecute individuals accused of genocide and other crimes against humanity.

The ICC has opened investigations in Northern Uganda, the Democratic Republic of the Congo, the Central African Republic and Darfur. It has issued nine arrest warrants and two suspects are in jail and awaiting trial.

(Although over 100 countries have joined the ICC, the USA, like China, has so far refused. You can probably discern the real motives behind the rhetoric of their objections without further elaboration.)

The work of the ICC in regard to the crisis in Darfur provides clarity and focus.

In his Report of the International Criminal Court to the UN Security Council, ICC Prosecutor Moreno Ocampo highlights Karthoum's failure to cooperate:

On 27 April, Pre-Trial Chamber I of the ICC issued warrants of arrest against Ahmad Muhammad Harun, former Minister of State for the Interior and current Minister of State for Humanitarian Affairs of the Sudan and Ali Muhammad Ali Abd Al Rahman, otherwise known as Ali Kushayb—a Janjaweed/militia leader—for war crimes and crimes against humanity. The Prosecution demonstrated that they joined together to persecute and attack civilians who were not participants in the conflict, based on the rationale that those civilians were rebel supporters.
The Office of the Prosecutor reports that the GoS is not cooperating. The GoS has taken no steps to arrest and surrender Ahmad Harun and Ali Kushayb. Ahmad Harun is still Minister of State for Humanitarian Affairs. Ali Kushayb is reported to be moving about freely in the Sudan. ...In Darfur today, crimes within the jurisdiction of the Court continue to be committed. There are consistent reports of targeted attacks against civilians, in particular against those 2.5 million people forcibly displaced into camps. Persons displaced are subjected to persecution,abuses and violations of fundamental rights—sexual violence, illegal detentions, unlawful killings, looting; they are kept within the camps in a state of destitution and insecurity, discouraged from organizing themselves, often surrounded by hostile forces, offered no viable possibility to return home and threatened with forced displacement to hostile areas. Together, available information points not to chaotic and isolated acts but to a pattern. Attacks are taking multiple forms but the rationale is still the same: target civilians seen as rebel supporters.
Ahmad Harun is still allowed to play a role in this situation. As Minister of State for Humanitarian Affairs, he has been put in a position to control the livelihood and security of those people he displaced. The GoS has maintained him in this position with full knowledge of his past and present activities. GoS officials, far from taking steps to stop the crimes, publicly deny their existence. These are clear indications of the support Ahmad Harun is receiving. Such active support to a person charged by the Court and to his activities warrants further investigations by the Office. SIXTH REPORT OF THE PROSECUTOR OF THE INTERNATIONAL
CRIMINAL COURT TO THE UN SECURITY COUNCIL PURSUANT TO
UNSCR 1593 (2005), 12-5-07

In his accompanying Statement to the Security Council, Ocampo urges greater pressure be brought to bear:

The Sudan, a UN Member State, has not complied with its obligation under Resolution 1593 to arrest and surrender the indictees.
The Government of the Sudan is repeatedly challenging the Council’s authority to give jurisdiction to the International Criminal Court. On 1 November, in the GeneralAssembly, the Representative of the Sudan, Ambassador Abdalhaleem Mohamad, stated that since the Sudan was not a member of the Rome Statute, the Court held no jurisdiction there. I will ask the Council to ensure respect for Resolution 1593. Statement of Mr. Luis Moreno Ocampo, Prosecutor of the International Criminal Court, to the United Nations Security Council, 12-5-07

I also encourage you to follow events in Darfur on Mia Farrow's site, it is the real-time journal of a humanitarian at work; the content is compelling, insightful and fiercely independent.