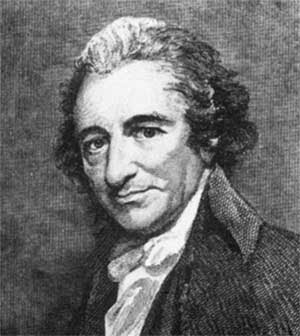 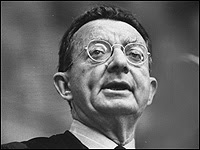 At a National Press Club event earlier this week, NBC White House correspondent David Gregory argued that, because there is so much polarization in politics today, “people try to divine or assign our motives” for asking certain questions at the White House press briefings. When Helen Thomas asked Gregory what was responsible for the polarization, Gregory answered:
I think it’s because of the internet largely. The polarized atmosphere in the internet and blogs and whatnot have been a major contributor to that. Think Progress, 12-2-97

Yes, of course, it was the bloggers who polarized the US body politic.

The bloggers spent $50 million plus on Ken Starr's rogue investigation, which was coordinated with the work of the privately funded, reich-wing "Arkansas Project."

The bloggers shackled Susan McDougal and sent her to jail.

The bloggers impeached a popular President at a time of peace and economic prosperity over testimony in a civil suit involving sexual intercourse.

The bloggers issued that voluminous report on Bill Clinton's dalliance with Monica Lewinsky, and posted it on the WWW.

The bloggers gutted the surplus, and took the leash off the federal deficit.

In 2000, the bloggers stopped the counting of the ballots ordered by the Florida Supreme Court, and installed the man who lost, as the counting, finished later by researchers, would confirm.

In 2004, the bloggers made sure there weren't enough voting machines in the poorest and blackest districts of Ohio.

The bloggers jammed the phones of the Democratic Party on election day 2002 in New Hampshire.

Yes, it was the bloggers who wasted seven years the planet could not afford to waste clinging to denial and disinformation about the nature, causes and implications of global warming.

The bloggers established a Gulag system, instituted torture and rendition, and started disappearing people. The bloggers stayed on vacation while New Orleans drowned.

The bloggers tried to make certain that the brain-dead Terri Schiavo would be kept on a feeding tube indefinitely.

The bloggers betrayed US secret agent Valerie Plame, and then made certain that I. Lewis “Scooter” Libby -- the man who was convicted of obstructing Patrick Fitzgerald’s investigation -- would not spend a single day in prison.

Yes, of course, the bloggers have polarized us all.

The sad fact is that if the David Gregorys of the US mainstream news media had fulfilled their special responsibilities as the "fourth estate," which are articulated in both the US Constitution and the writings of the Founders, most us who have served as citizen journalists and commentators would never have gone into blogging.

Blogging is really simply the pamphleteering of our age.

If Tom Paine were alive today, he would, of course, be a blogger.

But this time there is no need for a revolution, only for the restoration of the democratic institutions that were won in the revolution, including a press free of both governments and corporations.

In the 1960s and 1970s, we only need one I.F. Stone; because, in large part, the US mainstream news media still did its job, at least on some stories concerning egregious wrongs, e.g., Watergate and the Pentagon Papers. But now, after decades of media consolidation, we need an Internet-based Information Rebellion, and that is what we have delivered.

What David Gregory is really saying is that he and those who write his checks are scared of the future. And they should be. They are on the wrong side of the digital barricades, and the wrong side of US history.