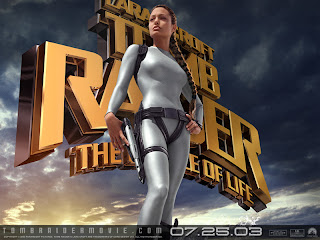 The months and years ahead will throw many challenges and hard decisions at all of us; in particular, the dispatch of the UN-AU peacekeeping force in Darfur, the 2008 elections in the USA, and for the planet as a whole, these two years leading up to the goal of a comprehensive (and all-inclusive) agreement on adapting and mitigating global warming in 2009.

In these next few days, as the season changes, and the page turns on another year, embrace your loved ones and share the luxury of food, shelter and relative physical safety with them. It is a fragile circumstance.

An international seminar on "Protection of Civilians - Learning from Darfur" was recently held in Copenhagen. The gathering, sponsored by DanChurchAid and the Danish Foreign Ministry, focused on an issue that is already of dire importance and is only going to get worse, as extremes of poverty and wealth become more and more exaggerated and the planet's climate breaks down:

Protection of civilians is one of the greatest challenges of our times. The rising levels of attacks on civilians are in direct contravention with international law and the commitment to the protection of civilians.
In spite of numerous conventions and resolutions, which are all very clear on the responsibility to protect civilians in conflict situations, the challenge still remains on how to effectively operationalise protection on the ground.
The case of Darfur is an obvious learning experience. Since 2003 protection of civilians from targeted attacks, murder, rape and looting has been a key challenge in Darfur. ... Protection of Civilians - Learning from Darfur, DanChurchAid, 12-20-07

The seminar's final report, which can be downloaded here, includes recommendations for future action in Darfur, "Protection System, Prevention, The Role of the Police in Protection, Evaluation, and Political Dialogue."

Meanwhile, as shameless mouthpieces like Bill O'Reilly continue their neo-Maoist propaganda campaign about a phony "war on Christmas" (which, is course, nothing more than a war on tolerance and inclusion disguised as a defense of Christmas), the reich-wing's real war on the spirit of Christmas and the lessons of the "Christ Child" rages on.

Jesus was, after all, a child at risk born to internally displaced and impoverished people who were on the run and under the yoke of oppression and empire.

Two powerful messages, one despairing and one hopeful, were beamed from the lost city of New Orleans in the days before Christmas 2008, and it is important to put them in global and spiritual context.

The final showdown over New Orleans public housing is playing out in dramatic fashion right now. The conflict is a classic example of the “triple shock” formula at the core of the doctrine.
First came the shock of the original disaster: the flood and the traumatic evacuation.
Next came the “economic shock therapy”: using the window of opportunity opened up by the first shock to push through a rapid-fire attack on the city’s public services and spaces, most notably it’s homes, schools and hospitals.
Now we see that as residents of New Orleans try to resist these attacks, they are being met with a third shock: the shock of the police baton and the Taser gun, used on the bodies of protestors outside New Orleans City Hall yesterday. Naomi Klein, The Shock Doctrine in Action in New Orleans, Huffington Post, 12-21-07

Nevertheless, there is hope, compassion and vision. No, not from Beltwayistan (both the Cult formerly known as the Republican Party and the Corporatist wing of the Democratic Party have abandoned New Orleans) but from fortunate individuals who understand their responsibilities and their opportunities --

Angelina Jolie and Brad Pitt used their star power Saturday to help The Children's Health Fund focus attention on the more than 46,000 children still displaced 2 1/2 years after hurricanes Katrina and Rita destroyed their homes.
Jolie said her work as a goodwill ambassador for the United Nations High Commissioner for Refugees prompted her to get involved with the CHF's effort.
"This is the largest displacement of children in my own country so I want to learn as much as possible," she said at a news conference.
A report issued earlier this month by the CHF found that 46,000 to 64,000 children affected by the hurricanes were still at risk for a host of medical, mental health and educational problems complicated by a lack of support services. ... Associated Press, 12-22-07

Pitt has pledged more than $5 million to Make it Right, a project to rebuild 150 homes in the Katrina-devastated Lower 9th Ward, one of the city's most impoverished neighborhoods.

Speaking of genocide and an internal displacement, the Lakota have turned around and are walking back into the future and away from the delusional and the greedy among us, who want to drag the nation and the planet back into a grim and murderous past --

Political activist Russell Means, a founder of the American Indian Movement, says he and other members of Lakota tribes have renounced treaties and are withdrawing from the United States.
“We are now a free country and independent of the United States of America,” Means said in a telephone interview. “This is all completely legal.”
Means said a Lakota delegation on Monday delivered a statement of “unilateral withdrawal” from the United States to the U.S. State Department in Washington. ...Meanwhile, the delegation has delivered copies of the letter to the embassies of Bolivia, Venezuela, Chile and South Africa. “We’re asking for recognition,” Means said, adding that Ireland and East Timor are “very interested” in the declaration. ... The United States could face international pressure if it doesn’t agree to negotiate, Means said. ... Means also said his group would file liens on property in parts of South Dakota, Nebraska, North Dakota, Montana and Wyoming that were illegally homesteaded. Bill Harlan, Rapid City Journal, 12-21-07

Welcome to the Future.