Steroids in Baseball? As Shocking as Gambling in Casablanca; What Would A Serious Probe Reveal About the 2000 & 2004 Elections? 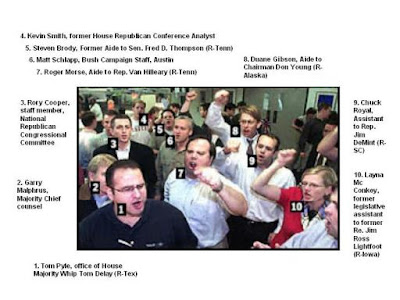 DAVE ZIRIN: ... the Mitchell report is, what I would argue, a breathtaking fraud. I mean, this is a report that took twenty months, cost $20 million, and at the end of the day, ninety players names were named, and yet George Mitchell did not touch upper management, he did not touch ownership ... And this is the problem with having George Mitchell at the front of this report. George Mitchell is on the board of directors of the Boston Red Sox. He is on the board of directors of the Walt Disney Company, which owns ESPN ... Democracy Now!Interviews Sportswriter Dave Zirin, author of Welcome to the Terrordome: The Pain, Politics and Promise of Sports, 12-14-07

Hard Rain Journal: Steroids in Baseball? As Shocking as Gambling in Casablanca; What Would A Mitchell-Style Probe Reveal about the 2000 & 2004 Elections?

I don't really care about steroids in baseball.

Certainly, unless, of course, both the batter and the pitcher have been juicing (the Mitchell report does name several prominent pitchers); but if we start down that road, then all the asterisks in the record books are going to have asterisks of their own.

None of this should be a surprise. It has been obvious for some time, even to the naked eye, that many of baseball's greatest stars were juicing.

At least by mentioning Roger Clemons, Andy Petite and many others, the Mitchell report corrects the misperception that the steroid scandal is centered around the case of one controversial black superstar.

Unfortunately, as Zirin remarks, the team owners, who looked the other way, will not have to answer for their complicity.

Baseball's steriod scandal says less about integrity in professional sports than it does about the skewed priorities of the US political establishment and corporate news media. 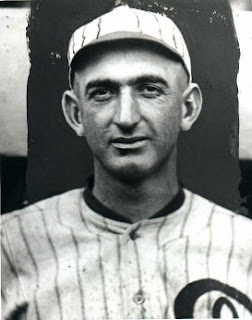 A healthy society concerned about cheating would have spent a lot more time probing what happened in the presidential elections of 2000 and 2004, and the implications for November 2008.

Baseball is, after all, only "America's pastime," free and fair elections are the life-blood of the nation.

Here are several recent stories that have received a lot less coverage than the release of the Mitchell report even though they bear directly one way or another on the potential for cheating in the 2008 election:

The results of new, unprecedented testing of e-voting machines in the state of Ohio are in, and the findings mirror the landmark results of a similar test carried out earlier this year in California.
"Ohio's electronic voting systems have 'critical security failures' which could impact the integrity of elections in the Buckeye State," says Ohio Secretary of State Jennifer Brunner in a statement which accompanied the release of the report today on the SoS' website ...
Brunner is calling for a ban on all Direct Recording Electronic (DRE, usually touch-screen) voting systems in the state, along with a ban on precinct-based optical-scan paper based systems, charging that the central counting of ballots at the county would eliminate "points of entry creating unnecessary voting system risk."
The State's bi-partisan "Evaluation & Validation of Election-Related Equipment, Standards & Testing" (EVEREST) report finds, as did California's study, as did virtually every other independent test of such systems, that violating the security and manipulating the "federal approved" electronic voting systems, is a breeze.
"To put it in every-day terms," Brunner said, "the tools needed to compromise an accurate vote count could be as simple as tampering with the paper audit trail connector or using a magnet and a personal digital assistant." Brad Blog, 12-14-07

California Sec. of State Debra Bowen has announced a $15 million lawsuit against voting machine company ES&S for their use of uncertified AutoMARK voting systems in the state. ...
“ES&S ignored the law over and over and over again, and it got caught,” said Bowen in a press release just issued this evening. “California law is very clear on this issue. I am not going to stand on the sidelines and watch a voting system vendor come into this state, ignore the laws, and make millions of dollars from California’s taxpayers in the process.”
According to the release, ES&S seems to have simply lied about their use of the uncertified voting systems in the state of California. "The Secretary of State’s office held a public hearing on the matter on October 15, 2007. At that hearing, ES&S asserted the Secretary of State was notified about changes to the AutoMARK. However, ES&S provided no evidence before, during, or after the hearing to substantiate its claim."
Such deceptive practices are not uncommon for ES&S, as well as the other major e-voting machine companies. Diebold's touch-screen voting systems were decertified in the state in 2004, after it had been found that they had similarly deployed uncertified hardware and sofware, in violation of state law, in a number of counties in the state. Brad Blog, 11-19-07

The Republican Party's effort to unilaterally award itself 20 or so of California's 55 Electoral College votes in next year's Presidential Election has failed to reach its fundraising goals for a second time, according to the LA Times today...
A proposed initiative that drew national attention for its potential to affect next year's presidential election will not appear on the June ballot, organizers said Thursday.
Republican backers of the measure, which could have tilted the presidential contest toward the GOP nominee by changing how California awards electoral votes, conceded that they were unable to raise sufficient funds. Scoop, 12-10-07

Today, John Tanner resigned from his position effective immediately as chief of the Civil Rights Division's voting section. ...
With Tanner, it had seemed like a matter of not if, but when. As we reported late last month, his travel habits had angered attorneys in the voting section, leading to an investigation by the Justice Department's Office of Professional Responsibility.
And that was after his comments about the tendency of minorities to "die first" led Sen. Barack Obama (D-IL), Rep. Jerrold Nadler (D-NY), and others to call for his removal. When he went before the House Judiciary Committee in October, he was lambasted for his tendency of "basing your conclusions on stereotypes" (like, say, claiming that African-Americans have IDs more than whites because they're always going to cash-checking businesses).
But most of all, Tanner's reign is notable for his collusion with the political appointees who oversaw the section, an ongoing effort to reverse the Civil Rights Division's traditional role in protecting minority voters, particularly African-Americans, into one of aiding thinly disguised vote suppression measures (most infamously Georgia's voter ID law). It was an effort that some career DoJ attorneys later described as "institutional sabotage." TPM Muckracker, 12-14-07

A new legal strategy that allows states to pass repressive election laws in the name of fighting voter fraud -- even if there is scant evidence such fraud exists or threatens election outcomes -- is emerging before the 2008 election, and the Department of Justice's Voting Section appears to be its biggest champion.
In legal briefs filed at the Supreme Court before a January hearing over the constitutionality of Indiana's 2005 voter I.D. law, the Department of Justice and other defenders of the ID law are making several new arguments that, if accepted by the court, would allow states to create barriers to voting without showing these laws address real problems.
Most significantly, the Justice Department is seeking to apply the principle of "pre-emption," or acting now to offset future threats -- as the Bush Administration argued before invading Iraq -- to voting rights. When applied to elections, the Department said there does not need to be evidence of actual voter fraud, or individuals impersonating other voters, before states can pass new laws to police that possibility. Steven Rosenfeld, Republicans Urge Supreme Court to Allow Preemptive Strikes in Elections, AlterNet, 12-13-07

Elections have consequences, as the cliche goes.

And as the last seven years have shown us, stolen elections have tragic consequences.