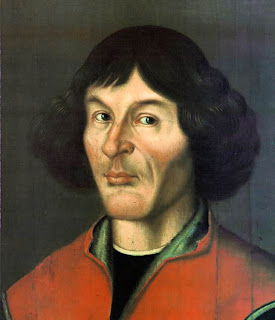 Pope Benedict XVI has launched a surprise attack on climate change prophets of doom, warning them that any solutions to global warming must be based on firm evidence and not on dubious ideology. The leader of more than a billion Roman Catholics suggested that fears over man-made emissions melting the ice caps and causing a wave of unprecedented disasters were nothing more than scare-mongering. Daily Mail, 12-13-07

If you want some context on how far from the moorings of reality the world has really slipped, just remember Ariel Sharon and Pope John Paul.

For all his wrongs, in a July 2006 interview with Nikkei Shimbun, then Prime Minister Sharon declared that attacking Iran was not the way forward and that negotiations were both possible and preferable. Unfortunately, it was his last interview. He is, as of this writing, still in what is described in the news media as a "medically induced coma."

And then there was John Paul II. Like many progressives of Roman Catholic heritage, I had a tumultuous relationship with John Paul.

Even though I felt many of his official positions were infuriating and counterproductive, I still could acknowledge his historical stature.

I will never forget Pope John Paul II's public, face to face, finger-pointing rebuke of George W. Bush on his foolish military adventure in Iraq. The AP photo tells its all. (USA Today, 6-24-07)

Indeed, there were reports that late in Pope John Paul's reign, some inside the Vatican were taking a cold, hard look at the possibility that George W. Bush might be even bigger trouble than most of us could imagine. (See Bush's "Christian" Blood Cult, Concerns Raised by the Vatican, Counterpunch, 4-22-03

But Pope Benedict, on the other hand, sounds like just another "Sweet Little Neo-Con," and the world has no time left for such misdirection.

Too few high-profile citizens dare to challenge the assault on reason.

One of the bravest and clearest voices out there is Mike Papantonio, who co-hosts Air America's Ring of Fire with Robert F. Kennedy, Jr.

Mike Papantonio's weekly "Pap Attack" is one of the most entertaining features of the Ring of Fire broadcast. In a recent "Pap Attack," Mike took on Pope Benedict.

Here is a brief excerpt, followed by a link to the GOLeftTV video clip:

"The new Pope Benedict, throughout the past two years, has started looking more and more like that looney, babbling uncle. Now he tells his billion plus followers that global warming is much ado about nothing, and that the overwhelming body of empirical data and scientific analysis is nothing more, I guess, than scare-mongering. And I am certain that if this peculiar, heavy-handed German born pontiff had his way, he would demand that Al Gore be put on a good, old-fashioned rack and be stretched to the point that he denies the obvious, that the Earth is melting away before our eyes. Well, Your Eminence, the last thing this world really needs right now is crazy talk from an eighty year old Pope who, no doubt, would have been right there persecuting Copernicus and persecuting Galileo for trying to make this world a better place."Mike Papantonio, Pap Attack, Ring of Fire posted to GoLeft TV, 12-24-07