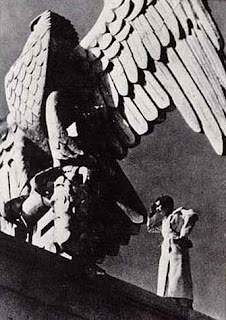 Larry Johnson, a former CIA agent and State Department counterterrorism official, told The Bill Press Show this morning that it was “highly likely” President Bush had viewed the videotapes of the 2002 interrogations that were later destroyed:
Bill Press: You said that you believe President Bush actually saw one of these videos?
Larry Johnson: I think it’s highly likely.
Ron Suskind, author of the One Percent Doctrine, also recently stated that it is likely the torture and the destruction of the tapes were “being authorized from the White House.” Think Progress, 12-11-07

In an interview last night with ABC News, John Kiriakou — the CIA official who headed the team that interrogated al Qaeda leader Abu Zubaydah — said that Zubaydah was waterboarded, but defended those actions as having prevented “maybe dozens” of planned attacks and “probably saved lives.”
But despite his vigorous defense of his past conduct, Kiriakou says he now views what he did as torture and says that he would not recommend those tactics going forward. “We don’t need enhanced techniques to get that nugget of information,” he said in an interview with Matt Lauer this morning on The Today Show.
Lauer asked Kiriakou where the permission was given to carry out torture. “Was the White House involved in that decision?” Lauer asked. “Absolutely,” Kiriakou said ... ... Think Progress, 12-11-07

Shards of this nation's conscience and honor continue to rise to the surface, like the body parts of some dismembered corpse bobbing in the Potomac; and yet the sociopaths who committed this atrocity against the Republic continue to occupy their offices and are allowed add to the heinous legacy that they will leave behind.

... in a speech to the Women’s Foreign Policy Group, Secretary of State Condoleezza Rice refused to answer what she knew about the interrogations that were videotaped in 2002, and then destroyed two years later. ... In addition to Rice, at least five high-ranking administration officials and former officials have disavowed any knowledge of the tapes’ destruction. They have instead placed the blame on Jose Rodriguez, then the CIA’s head of the clandestine division. Former CIA officials, however, have described Rodriguez as “a cautious operator who probably would have ensured that top CIA managers knew of the plan” to destroy the torture tapes. Think Progress, 12-10-07

Will Rodriguez be reduced, like the lowly US Army Private Lynndie English, to no more than a patsy?

Hopefully, one way or another, Rice, Bush, Cheney and others will have to deal with a serious investigation of their role in authorizing war crimes.

And the US mainstream news media?

It continues to act like one of those disturbed women who becomes infatuated with a serial killer on death row and writes him love letters.

Last week, the White House conceded that President Bush had been informed in August that Iran’s nuclear weapons program “may be suspended,” despite his earlier claim that he didn’t have “the information” until November. On the Chris Matthews Show this weekend, Washington Post columnist David Ignatius claimed that Bush lying about the National Intelligence Estimate was “a non-story.” Think Progress, 12-10-07

Of course, the NIE and the timeline of its dissemination together constitute a blockbuster of a story, in which the Bush-Cheney regime's willingness to lie us into another foolish military adventure is laid bare.

And by treating it is a "non-story," Ignatius and his colleagues are simply proving their complicity and cravenness in a new way; in regard to Iraq, they dutifully carried the neo-con's filthy water and helped led us into an invasion and occupation, and in regard to Iran, now that the cover has been blown, they are dutifully carrying the water back to the cesspool from which it was drawn.

Tragically, Democrats too have been complicit, as Arianna Huffington articulates:

"Mostly quiet acquiescence, if not outright support."
That is how, according to the Washington Post, officials present characterized the reaction of lawmakers, including Democrats such as Nancy Pelosi and Jane Harman, when they were briefed in 2002 about waterboarding and other severe interrogation techniques being employed by the CIA.
But it could just as well be the slogan of the Democrats for much of the last six-plus years -- especially on Iraq.
It's no wonder Democrats have already decided to capitulate on the war funding bill coming before Congress next week. As recently as three weeks ago, Speaker Pelosi said there would be no more votes on Iraq funding this year (she said the same thing -- both about no votes this year and no votes in '08 without a withdrawal date -- when I interviewed her in October), and last month Sen. Chuck Schumer thundered, "The days of a free lunch are over."
Well, over in the same way that U.S. state-sanctioned torture is over. Which is to say, not so much.
Why can't the Democrats do anything about it? According to Jim Manley, spokesman for Harry Reid: "Republicans, Republicans, Republicans. The real problem here is the president and his Republican backers" who have "staked out an increasingly hard-lined position."
Republicans taking a hard-line position? Who could've have thunk it? The question for Reid and Pelosi is this: why would the Republicans not be taking increasingly hard-line positions when Democratic opposition to the war -- and the other excesses of the Bush administration -- has been so consistently tepid? Arianna Huffington, Huffington Post, 12-11-07

Where and when will the line finally be drawn?

And who will draw it?