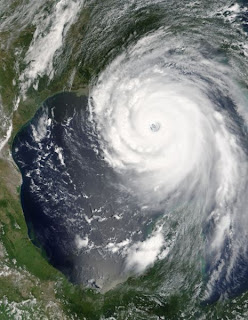 Words of Power #34: Katrina, 9/11 and Iraq -- An Almost Incomprehensible Truth

Over the last 13 years, I have delivered executive briefings on global security issues and led training sessions for professionals in forty countries, I have written well over a hundred security-related articles and op-ed pieces in the print media. I have an informed opinion. And there are two important points about the Bush-Cheney regime that I want to impress upon you, the first point is that this cabal is responsible for the most sweeping and significant failure of overall security policy -- both in the USA and in the world -- in modern history; the second point is that it is willful, it is not due to incompetence, it is driven by a need to turn the USA and the world upside side, just as a cosmetic surgeon would break the bones of someone's face to re-shape into a different one. It is not inconvenient truth, it is an inexcusable truth: this massive failure was not the result of bumbling, it was the result of betrayal.

The most important set of established facts concerning the 9/11 attacks supercedes any and all of the unanswered questions about 9/11; and that set of facts is that the Bush-Cheney national insecurity team was warned repeatedly -- both from inside our own intelligence community and from the intelligence agencies of numerous friendly governments -- that Bin Laden was coming for us that summer.

The story of FBI counterterrorism expert John P. O'Neill's last year on Earth confirms the heedlessness of this cabal. O'Neill was running the Cole investigation, he quit the Bureau in frustration because the Bush-Cheney connection to the Saudi rulers was blocking his efforts. He went to work as head of security for the WTC, and died on 9/11. As Alanis M. sings, "Isn't it ironic?" (You can learn more about O'Neill from PBS Frontline's The Man Who Knew.

Further corroborative evidence of the heedlessness of the Bush-Cheney national insecurity team is available at Borders or Barnes & Nobel (or better yet, the Buzzflash store): former National Security Council official Richard A. Clarke and former CIA Director George Tenet both write of desperate attempts to get the threat from Al Qaeda moved to the top of the agenda that summer.

They looked the other way, because they were looking for an opportunity to go to war in the Middle East and Central Asia (this hope is expressed wistfully in PNAC); and they were looking for an excuse to weaken the Constitution, and in particular the Bill of Rights, in an effort to turn the US federal government into a cash cow for cronies (can you say, "Halliburton"?) and a cudgel against political enemies (ala the DoJ scandal), etc.-- in short, the strategy was to control as much of the world's oil reserves as possible and to build a one-party state at home. 9/11 gave them a leg up.

The Bush-Cheney national insecurity team was warned by Middle East experts and weapons inspectors in our own intelligence community, military and diplomatic service, as well as those of friendly governments, that a) invading Iraq and overthrowing Saddam Hussein would lead to the destabilization of the entire region, b) Saddam Hussein had nothing to do with 9/11, and c) the highest probability was that there were no WMD in Iraq.

Nevertheless, Iraq was invaded and occupied.

There were many opportunities to take advantage of, e.g., political advantage in the 2002 and 2004 US elections, profits for corporate cronies, privatization of Iraqi oil, the establishment of permanent bases in the region, obtaining another launching pad in the encirclement of Iran and its oil, etc.

In the warped thinking of the neo-cons, the destabilization of the region provides us with an excuse never to leave. Even stressing the US military to the breaking point advances the agenda, it underscores the neo-con conviction that our armed forces must submit to increased privatization.

The abomination of the lack of Federal response before, during and after Hurricane Katrina is just more of the same. Katrina is the third excruciating twist in the same steep downward spiral that began on 9/11.

This is not conspiracy theory, this is simply the documenting of opportunism. Disaster planning in general, and Hurricane Katrina in particular presented the Bush-Cheney cabal with another set of opportunities and Rove, et al, took advantage of them. For example, psychologically, it broke people's faith in the US government's promise to come to their rescue in times of disaster, and it plunged the psyche of the USA deeper into PTSD developed from the theft of the 2000 election and the slaughter of the innocents on 9/11. Politically, it turned a purple state into a red state, giving the Cult formerly known as the Republican Party another advantage in the fierce contest for US Senate seats and Electoral College votes.

Robert Novak openly boasts: If Rep. Bobby Jindal (R) wins the race for governor this fall — and indications are that he will — then the governor and one senator will be Republicans. Of course part of the thinking, voiced publicly by no one, is that the state’s black population in New Orleans largely disappeared with Hurricane Katrina, significantly diminishing the base vote for Landrieu. Scholars and Rogues, 6-27-07

Citizens for Ethics and Responsibility in Washington (CREW) has released a report on its analysis of several thousand Department of Homeland Insecurity documents it got hold of under the Freedom Of Information Act (FOIA). In the report's executive summary, CREW concludes: The fundamental question raised by these failures is why, despite longstanding anticipation of a hurricane strike on New Orleans, significant forewarning of Katrina’s strength, the potential impact on the Gulf Coast, as well as the extensive planning in the days leading up to Katrina’s landfall, was the federal response so flawed? Executive Summary, Best Laid Plans, CREW, 6-2

The country needs a serious congressional investigation of the Bush-Cheney regime's actions (and inaction) before, during and after Hurricane Katrina.

There were thousands of more deaths than the oft-cited official count (1836). Will the truth about how many impoverished African Americans actually died in this incredible betrayal of trust ever be revealed? (It is talked about openly up and down the Mississippi.)

Unfortunately, Joe Lieberman (I-CT) is Chairman of the Senate Homeland Security Committee, and he has so far blocked serious investigation on any aspect of the Katrina scandal.

Meanwhile,as we move forward into this long hot and fateful summer, I look back on 9/11, the invasion of Iraq, and the debacle of Hurricane Katrina, and wonder what will be the next twist in the steep downward spiral and when will it come? Iran? Another attack on US soil? This hurricane season? Or have we already begun to pull out of that spiral, over these last few months, as a result of genuine congressional oversight and the exercise of subpoena power?

Those of us who are patriots -- whether from left, right or center -- must hope for the best and prepare for the worst. Unlike the Bush-Cheney regime, which hopes for the worst and prepares only to take advantage of its opportunities.

To get re-enraged, read CREW's THE BEST LAID PLANS: THE STORY OF HOW THE GOVERNMENT IGNORED ITS OWN GULF COAST HURRICANE PLANS, and then watch Spike Lee's When The Levees Broke.

Words of Power #31: Ghosts of Christmas Past (Katrina) and Future (Iran))