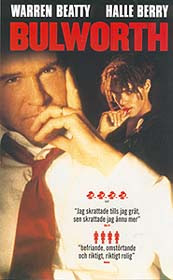 In response to John Edwards' hard-hitting attack on Hillary Clinton, in which he called her a "corporate Democrat," and assailed her campaign strategist Mark Penn for his public relations firm's connection to Blackwater USA, a Clinton spokesman told ABC News that "Mark Penn did no work on the Blackwater account. Burson has cut its ties to Blackwater, and that was the right thing to do. Mark is and remains a valuable member of our team." Jake Tapper, ABC News, 10-5-07

Here is a transcript of Air America Radio host Rachel Maddow's smackdown of Mark Penn and Burson-Marsteller on the 10-5-07 broadcast of her wonderful weekday news magazine.

Blackwater knows it has a problem.

Erik Prince and the other Republican luminaries -- at the helm of the world's largest, best-armed, richest and best-connected private, for-profit army -- know they have a problem.

I don't think they see themselves as having a moral problem, they wouldn't be in the business in the first place if they did.

We know they don't have a financial problem, that's for sure.

It looks as if they probably won't have a legal problem afterall, as unbelievable as it seems.

It is literally impossible for them to have a political problem, because they have hired so many Republican party power brokers that the Republican Party is starting to look like a wholly owned subsidiary of Blackwater, rather than the other way around.

No, the problem that Blackwater has is actually an image problem, a branding problem.

And when the evilest corporations in the whole world have an image problem, they hire professional help, they hire Burson-Marsteller.

When Philip Morris needs help with its corporation image, they call Burson-Marsteller.

When Entergy Nuclear wants you to not think about their cooling towers collapsing on their nuclear power plant in Vermont, they call Burson-Marsteller.

Three days after 9/11, the government of Saudi Arabia called Burson-Marsteller.

When a military junta overthrew the government of Argentina in 1976, who did the generals call? Burson-Marsteller.

The government of Indonesia, accused of genocide in East Timor? Quick, someone look up the number of Burson-Marsteller.

A PR firm is not a lawyer.

In the USA, everyone is supposed to have the right to a lawyer, not a PR firm.

It is not as if Mark Penn and Burson-Marsteller have a moral obligation to see to it that military dictatorships, mercenary armies and tobacco companies can overcome their negative image problems.

Mark Penn and Burson-Marsteller could have just said, "No, thank you, we pass."

What does it say about them that they didn't?