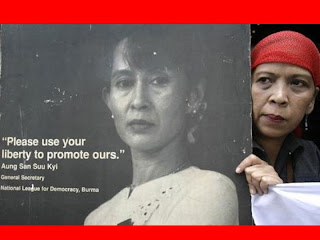 “Outside investment in Burma’s oil and gas industry has thrown a lifeline to the country’s brutal rulers,” added Ganesan. “The businesses that help finance the military shouldn’t argue that the government’s crackdown is not their problem.” Human Rights Watch, 10-2-07.

That Human Rights Watch should even have to issue such this statement is damning testament, and so very illustrative of what is wrong with too many of the world's business leaders (and the governments that service them) -- Richard Power

Chinese, Indian, Thai, and other companies doing business in Burma should ensure their operations do not contribute to or benefit from human rights abuses, Human Rights Watch said ...

“Companies doing business in Burma argue their presence is constructive and will benefit the Burmese people, but they have yet to condemn the government’s abuses against its own citizens,” said Arvind Ganesan, director of the Business and Human Rights Program at Human Rights Watch.
“Keeping quiet while monks and other peaceful protesters are murdered and jailed is not evidence of constructive engagement.” 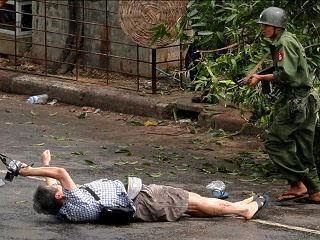 Human Rights Watch said that companies operating in Burma should use their influence with the ruling State Peace and Development Council (SPDC) to put an end to ongoing human rights abuses. In the current environment, companies should urge the SPDC to halt the crackdown, release all political prisoners, and open a real dialogue with opposition and ethnic groups. If the situation does not improve, companies should be prepared to reconsider their operations in the country. ...

“Outside investment in Burma’s oil and gas industry has thrown a lifeline to the country’s brutal rulers,” added Ganesan. “The businesses that help finance the military shouldn’t argue that the government’s crackdown is not their problem.” 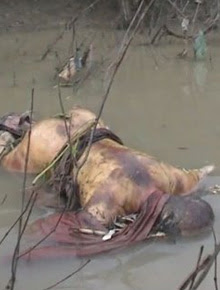 India, like China and Russia – which are also major investors in Burma’s natural gas sector – has provided political and military support to the SPDC. ...
Chinese firms are also actively seeking to build oil and gas pipelines in Burma. ...

India and China have been reluctant to criticize the recent crackdown. Russia joined China in blocking UN Security Council action on Burma.