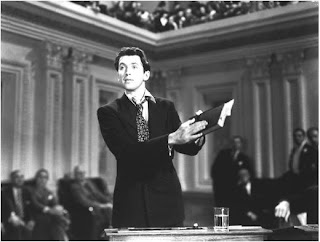 Finally, a Democratic Senator has vowed to filibuster an attack on the Constitution.

It's refreshing to hear some psychological truth articulated on the floor of the People's House.

Here are the texts and videos of Stark and Dodd at work for the people.

“I’m just amazed that the Republicans are worried that we can’t pay for insuring an additional 10 million children. They sure don’t care about finding $200 billion to fight the illegal War in Iraq.
President Bush’s statements about children’s health shouldn’t be taken any more seriously than his lies about the War in Iraq. The truth is that that Bush just likes to blow things up – in Iraq, in the United States, and in Congress. Crooks and Liars, 10-19-07

“The President has no right to secretly eavesdrop on the conversations and activities of law abiding American citizens and anyone who has aided and abetted him in these illegal activities should be held accountable,” said Dodd. “It is unconscionable that such a basic right has been violated, and that the President is the perpetrator. I will do everything in my power to stop Congress from shielding this President’s agenda of secrecy, deception, and blatant unlawfulness.” Sen. Chris Dodd (D-CT)