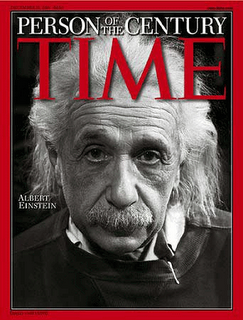 Hard Rain Journal 10-7-07: In Defense of Reason, Human Dignity & the Separation of Church

Reason, human dignity and the separation of church and state are among the core values of the evolving planetary consciousness, i.e., the global attitude on what it means to be human. These core values, and the global attitude that they inculcate, are embodied in different ways in some precious documents, e.g., the Magna Carta, the UN Charter, the Geneva Accords, the Universal Declaration of Human Rights, the US Constitution (in particular its Bill of Rights), and the governing documents of the EU and its member states.

Imbued with conscience and common sense, these core values, and this global attitude, have evolved slowly, and painfully, over the past two millenniums. Their evolution accelerated over the later half of the 20th Century, and was due to blossom in the first decades of the 21st Century. But since the turn of the century, it has all been under attack, on a massive scale, and from several directions.

(Al Gore has written about much of this eloquently in Assault on Reason.)

Now we are all on the verge of being swallowed up in a catastrophic century of war and environmental collapse.

And it is either going to get a lot better over the next few years, or a lot worse -- because the status quo is gone forever.

On Al-Quds (Jerusalem) Day in Iran, Ahmadinejad and other Iranian leaders, once again indulged ugly and dangerous rhetoric:

Millions of Iranians attended nationwide rallies Friday in support of the Palestinians, while the country's hard-line President Mahmoud Ahmadinejad said Israel's continued existence was an insult to human dignity. ... In the capital Tehran, hundreds of thousands of people poured into the streets as they chanted "Death to America" and "Death to Israel". Some protesters also burned American and Israeli flags. ... Ayatollah Mahould Hashemi Shahroudi, Iran's judiciary chief, said Friday's rallies was a good start for the destruction of Israel. Associated Press, 10-5-07

Meanwhile, in Beltwayistan, the _resident says he is pursuing diplomacy with Iran, but that is a sham. The _resident, and his VICE _resident are psychologically incapable of waging peace. (If they were serious about seeking a diplomatic solution Debra Cagan would not still have a high-ranking position in their administration.)

Bush-Cheney want confrontation just as much as Ahmandinejad. It is insanity.

Is Iran a threat to Israel?

Well, Israel has its own robust nuclear arsenal, and that of the USA behind it as well. But if Israel's defense required the use of such weapons, the consequences would be horrific. There would be no winners, only losers. So yes, of course, there is a serious problem, and a real threat.

But the bitter truth is that the Israeli people are in much greater danger today than they were in 2000. Because of a) the _resident's policy of malign neglect in regard to the Israeli-Palestinian conflict, b) the _resident's foolish military adventure in Iraq, and c) the _resident's instituting of a gulag system in violation of the Geneva Accords, e.g., Abu Ghraib, Guantanamo, secret prisons in Eastern European countries, extraordinary rendition, the use of torture, etc.

(And, of course, the other direct result of the _resident's disastrous reign is that the circumstances of the Palestinian people have slipped beyond despair.)

Unfortunately, until there is new leadership in either Tehran or Beltwayistan, the situation will continue to deteriorate, and the slide toward regional (if not global) war will continue to accelerate.

At least, in the West, people are beginning to resist the advance of the reich-wing religious extremists. Such fanatics have been insinuating themselves into every vital institution. Their medieval agenda is not very dfferent from that of the religious fanatics in Islam, except, of course, that they disagree on the details of the Armageddon they all thirst for.

Europe's main human rights body voted on Thursday to urge schools across the continent to firmly oppose the teaching of creationist and "intelligent design" views in their science classes.
The Council of Europe's Parliamentary Assembly approved a resolution saying attacks on the theory of evolution were rooted "in forms of religious extremism" and amounted to a dangerous assault on science and human rights.
The text said European schools should "resist presentation of creationist ideas in any discipline other than religion." It said the "intelligent design" view defended by some United States conservatives was an updated version of creationism. ... Anne Brasseur, an Assembly member from Luxembourg who updated an earlier draft resolution, said the report showed how creationists -- most recently a shadowy Turkish Muslim writer Harun Yahya -- were trying to infiltrate European schools. Reuters, 10-4-07

At Speicher base in Iraq, US Army Spec. Jeremy Hall got permission from a chaplain in August to post fliers announcing a meeting for atheists and other nonbelievers. When the group gathered, Specialist Hall alleges, his Army major supervisor disrupted the meeting and threatened to retaliate against him, including blocking his reenlistment in the Army. ...
On Sept. 17, the soldier and the Military Religious Freedom Foundation (MRFF) filed suit against Army Maj. Freddy Welborn and US Secretary of Defense Robert Gates, charging violations of Hall's constitutional rights, including being forced to submit to a religious test to qualify as a soldier.
The MRFF plans more lawsuits in coming weeks, says Michael "Mikey" Weinstein, who founded the military watchdog group in 2005. The aim is "to show there is a pattern and practice of constitutionally impermissible promotions of religious beliefs within the Department of Defense." ...
"There's an eschatologically obsessed version of Christianity that ... is trying to make American foreign and domestic policy conterminous with their biblical worldview," Weinstein charges. And "there's improper pressure within the military command structure to make members join them." Jane Lampman, Are U.S. troops being force-fed Christianity? A watchdog group alleges that improper evangelizing is occurring within the ranks, Christian Science Monitor, 10-4-07