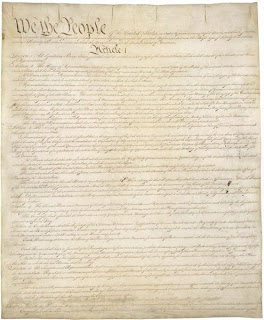 NOTE: Words of Power will not endorse any presidential candidate for some time to come (unless, of course, Speaker Pelosi becomes President or Al Gore decides to enter the race), but because the next election is so important, we do have a short list of candidates we are interested in, and we will deliver updates on the campaign, as deemed necessary.

What about Sens. Clinton (D-NY) and Obama (D-IL), the two candidates christened "front-runners" by US mainstream news media and the political establishment?

If I had the opportunity to ask Sens. Clinton and Obama just one question each, here's what I would ask them:

Sen. Clinton, concerning the debacle in Iraq, when you have said if you knew then, what you didn't know now, you would not have voted to authorize the use of force -- to what knowledge are you referring? The doubts of UN weapons inspectors about the existence of any WMD were available in open source. The warnings of US intelligence analysts and military leaders about the danger of a quagmire and the potential for regional chaos were available in open source. I knew that it was a) highly unlikely that there were WMD in Iraq, and b) it was highly likely that a US occupation would lead to both a quagmire for the US military and regional instability. Sens. Wellstone (D-MN), Graham (D-FL), Feingold (D-WI) and twenty or so others knew this. How could you not know this?

Sen. Obama, you have made much of your opposition to the Bush-Cheney regime's foolish military adventure in Iraq, and yet you went to Conneticutt and campaigned enthusiastically for Sen. Joe Lieberman, an outspoken proponent of that slaughterhouse, and against Ned Lamont, a genuine progressive alternative. How can you justify this contradiction? In the narrowly divided US Senate, every vote is vital, and Lieberman is voting, at every opportunity, to prolong the senseless agony for US military families? Will you even now distance yourself from Sen. Lieberman, not only on Iraq, but for his refusal to initiate serious congressional investigation into the Bush-Cheney regime's failure to come to the aid of New Orleans before, during or after Hurricane Katrina? And if not, could you state unequivocally that Lieberman would not be appointed to your cabinet if you were elected President?

I do not have ill-will toward Sens. Clinton or Obama. I know they are good people.

But Clinton's vote to authorize military force against Iraq was the most important one in her Senate career, and she was wrong. She made a self-serving political calculation, and it backfired. She has compounded the error by refusing to come clean and compensate for it, as Edwards has.

And as for Obama, he must define himself with more than feel-good rhetoric about unity; distancing himself from his mentor Lieberman, on a range of issues, and in a sharp-edged way, would be an excellent start.

The underlying problem, of course, for both Clinton and Obama is the same -- they are running as if the last seven years hadn't happened; they are running as if the triangulation that worked for Clinton-Gore in the 1990s will work today, but it won't. Oh, it will raise the money. It will please the DLC. It will give them the airtime on the US mainstream news media. But it will not get them elected, and I doubt it will even get them the nomination. The center is lost, at least for awhile. It is a time for bold leaders with open eyes, who speak candidly and directly.

Edwards is the only so-called "top tier candidate" (another instant cliché, like "flip-flop") whose rhetoric, campaign style and positions on the issues reflect the fact that we are living in a state of national emergency, i.e., that our very way of life, our environment, our economy, our national strength, and our sense of humanity itself, is under assault. Richardson is the candidate most qualified, and best prepared to be President. It is not surprising that according to the latest poll from Iowa, Edwards has a solid lead and Richardson is surging.

Those who frontloaded the primary schedule in the hope of aiding the big money candidates may live to regret it.

And Al Gore? If the race evolves into Edwards versus Richardson, no one would be happier than Al Gore -- because they both see the way out of this mess. But if it looks as if the campaign is bogging down, and no real frontrunner is emerging, he will take a look at getting in. The stakes are too high to let this next election slip away. The country cannot afford another John Kerry, i.e., a candidate that does not fight before the election (e.g., his refusal to answer the Swift Boat attack ads) or after it is stolen (e..g., his concession and denial and lack of concern about what happened to the people of Ohio who waited in the cold rain to vote for him).

As for Wesley Clark, I feel that like Al Gore, he has found something more important and arguably more effective than electoral politics in its present debased form -- i.e., Gen. Clark is working tirelessly, and inspiringly to rescue the US military from the Mega-Mogadishu of Iraq, and thwart the Bush-Cheney regime's plans for attacking Iran. I urge you to go to VoteVets.org and/or StopIranWar.org and help him.

The Nation's John Nichols has more on Iowa --

Hillary Clinton's campaign is running into trouble -- potentially very serious trouble -- in Iowa.
The latest and best poll of likely Democratic caucus goers in the first state that will weigh in on the 2008 nomination race has Clinton falling to third place. And that's not the worst of it. As Clinton stumbles, a new contender with potential to eat into her base it rising rapidly.
The Des Moines Register survey has former North Carolina Senator John Edwards solidly in first. Edwards, who ran second in the 2004 Iowa caucuses and has worked hard to maintain his organization in the state, is at 29 percent. That's about where he has been for some time in Iowa, where caucus goers will do much to define the direction of the 2008 race as it hits full speed next January.
In second place is Illinois Senator Barack Obama (news, bio, voting record) with 23 percent.
Clinton musters a mere 21 percent -- down significantly from her position in several previous polls -- to secure the No. 3 position.
But Clinton, the presumed frontrunner nationally, does not just have to worry about who is ahead of her in the first-caucus state. She's also got to watch who is coming from behind.
New Mexico Governor Bill Richardson, the former congressman, cabinet secretary and UN ambassador who only formally announced last week, is gaining 10 percent support among likely caucus goers. As in New Hampshire, where a new poll has Richardson breaking from a pack of weaker contenders to enter the second tier in the crowded 2008 contest, the governor is moving up rapidly in Iowa.
The next strongest candidate, Delaware Senator Joe Biden, was at 3 percent.
Richardson, who is campaigning in Iowa small towns this weekend, was making the most of his improving position.
"We have a lot of good candidates running for president," he told friendly crowds. "A lot of them could be in the White House - as my vice president."
John Nichols, The Nation, 5-20-07