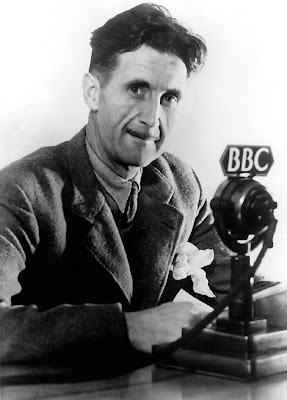 NOTE: This post is a follow-up to World Press Freedom Day 5-3-07: In Russia and Philippines, Journalists Risk Their Lives; In USA, They Won't Even Risk Their Jobs

The truth will set you free.

In the USA, it can certainly free you of your paycheck.

In China or Russia, it could free you of your life or your liberty.

How far behind China and Russia is the USA?

How long will it be until press freedom in the USA is wholly compromised?

Unless the trend is reversed, not long.

As I rattle off the burgeoning litany of Bush-Cheney outrages, my friends and colleagues throughout the world shake their heads in disbelief: the theft of Florida in the 2000 election, the cover-up of pre-9/11 indifference to dire warnings of imminent attack, the foolish military adventure in Iraq, the contempt for the Geneva Accords, the corporatist disinformation campaign on global warming, the theft of Ohio in the 2004 election, and the willful neglect of the people of New Orleans before, during and after Hurricane Katrina.

How could it happen in the USA?

Why aren’t angry mobs milling around the White House and the Republican National Committee?

How can these people, as discredited and unpopular as they are, continue to avoid accountability and hold on to power?

The answer is agonizingly simple.

The US mainstream news media is owned by men (yes, men) who are wholly complicit and wholly invested in the corporatist agenda.

Her oD Today post on the events highlights what's going on in Russia:

All five national television channels are state-controlled and independent newspapers are fast disappearing into the hands of either the government or conglomerates with strong ties to the state. Independent businesses and political parties are, says Ms Lokshina, non-existent.
Last year, Mr Panfilov's organisation carried out extensive research to ascertain the levels of propaganda on television; a medium chosen because it is free of charge and as such the primary source of information for 97% of the population. Prime time news was monitored and the results revealed that 93% of all information covered Putin, his party and the government at large. This investigation was also carried out a year in advance of the elections in order to expose the impossibility of holding free and fair elections in an environment saturated in propaganda.

To read the rest of this important report, click here.

In China, too, brave individuals struggle to expand press freedom:

Zeng Jinyan is the online progeny of Wang Wei Lin, the protester who blocked a column of advancing tanks during the Tiananmen Uprising in 1989. When Zeng's husband, AIDS and environmental activist Hu Jia, was taken into custody and detained by the Chinese government without any legal proceedings last year, Zeng, who is now 22, started a blog detailing her experiences and the oppressive activities of the country's secret police. Since then, her blog has been blocked in China, and she and her husband have been harassed, intimidated, and subjected to round-the-clock surveillance. But she has steadfastly continued to blog, attracting an international audience with her sardonic style -- and especially her courage ("These people are like flies after a piece of meat," she wrote of the "goons" who are constantly watching her.)
She is Tiananmen 2.0. Arianna Huffington, Huffington Post, 5-6-07

The truth will set you free.

Yes, it comes at a price.